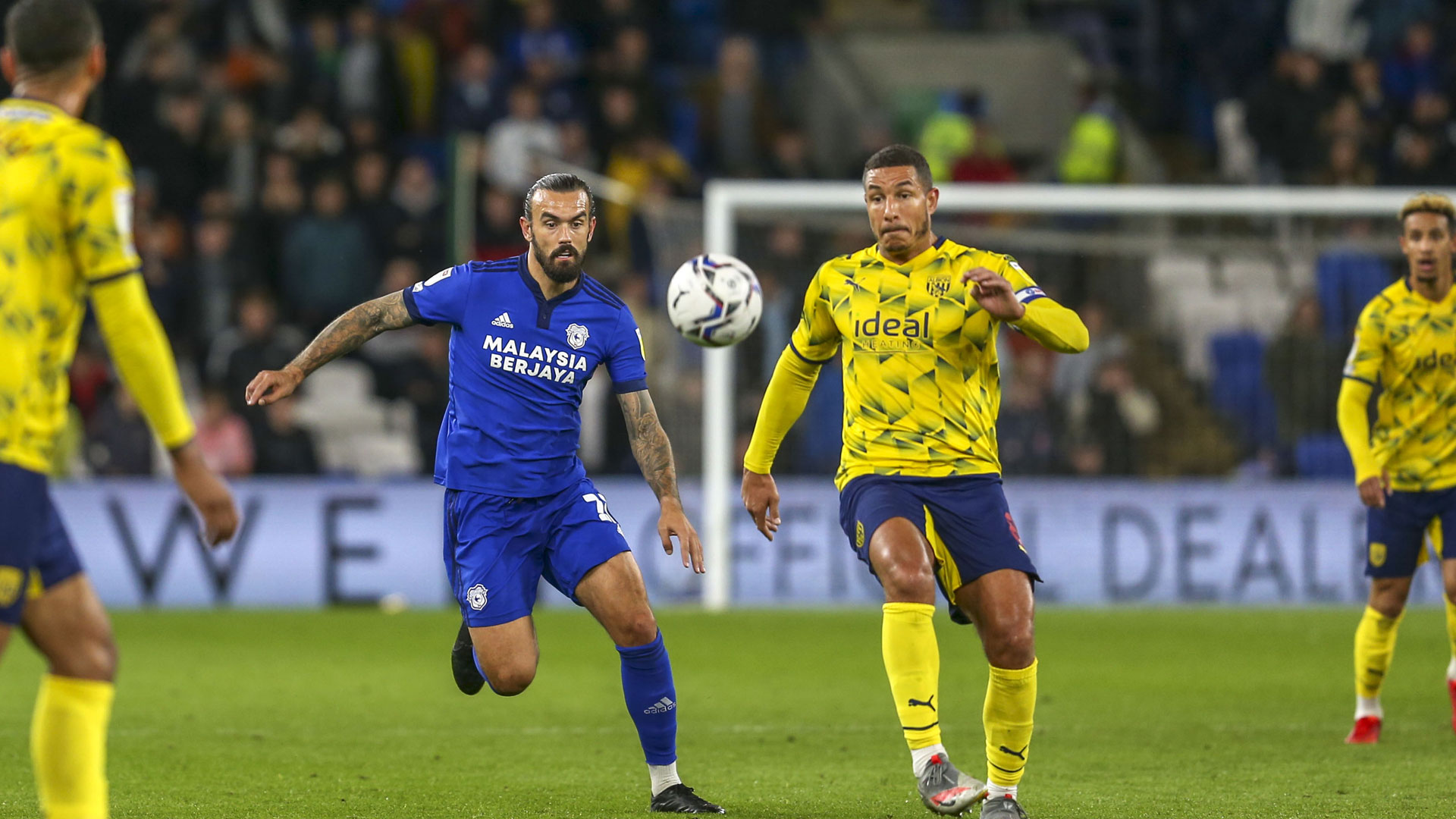 Strikes from Karlan Grant, Alex Mowatt and Matt Phillips, along with Curtis Nelson’s own goal secured all three points for the Baggies.

Bluebirds boss Mick McCarthy made four changes to the team that played Blackburn last time out with Mark McGuinness, Ryan Giles, James Collins and Ciaron Brown all coming into the starting XI.

The Baggies started brightly in the Welsh capital and took the lead after five minutes, with forward Grant cutting inside to drill an effort into the bottom corner from 25-yards. Valérien Ismaël’s side went close to doubling their lead midway through the first-half, as Dillon Phillips denied Callum Robinson’s goal-bound effort with a fine save.

City pushed for an equaliser late in the half, with Aden Flint finding space at the back post, but couldn’t quite find a teammate in the box. From the resulting corner, Leandro Bacuna’s header across the box was almost met by captain Sean Morrison, only to be cleared by Darnell Furlong.

The Bluebirds had two further chances before the break, as James Collins was brought down on the edge of the area. The free-kick was laid off to Will Vaulks, whose effort at goal was blocked. In the final opportunity of the half for City, Republic of Ireland striker Collins was found at the back post, but his half-volley flew over, ensuring that the visitors went into the half-time break with the lead.

City started the second period brightly and went close to an equaliser. Collins found pacy winger Ryan Giles on the right in a three-on-one situation, but the loanee’s ball across the box couldn’t find Bacuna, who was unmarked in the area.

Albion responded with attack and doubled their lead in the 55th minute, as defender Nelson diverted into his own net following a goal-mouth scramble. The Baggies went close to a third, but Flint was on-hand with a fine challenge to deny Robinson, who had beat the offside trap.

Boss McCarthy turned to the bench for reinforcements, with Wales internationals Kieffer Moore and Mark Harris introduced. The substitutions almost made an immediate impact, with Giles crossing into the box towards Moore, but it was Flint who headed narrowly wide in search of his fifth goal of the season.

Ismaël’s side added a third in the 76th minute, with the ball dropping on the edge of the box to Mowatt, who gave City goalkeeper Phillips no chance with a drilled effort into the top corner. Substitutes Grady Diangana and winger Phillips combined for Albion’s fourth goal, with the latter firing home at the back post to seal all three points.

The Bluebirds return to the Cardiff City Stadium on Saturday, October 2nd to take on Reading.