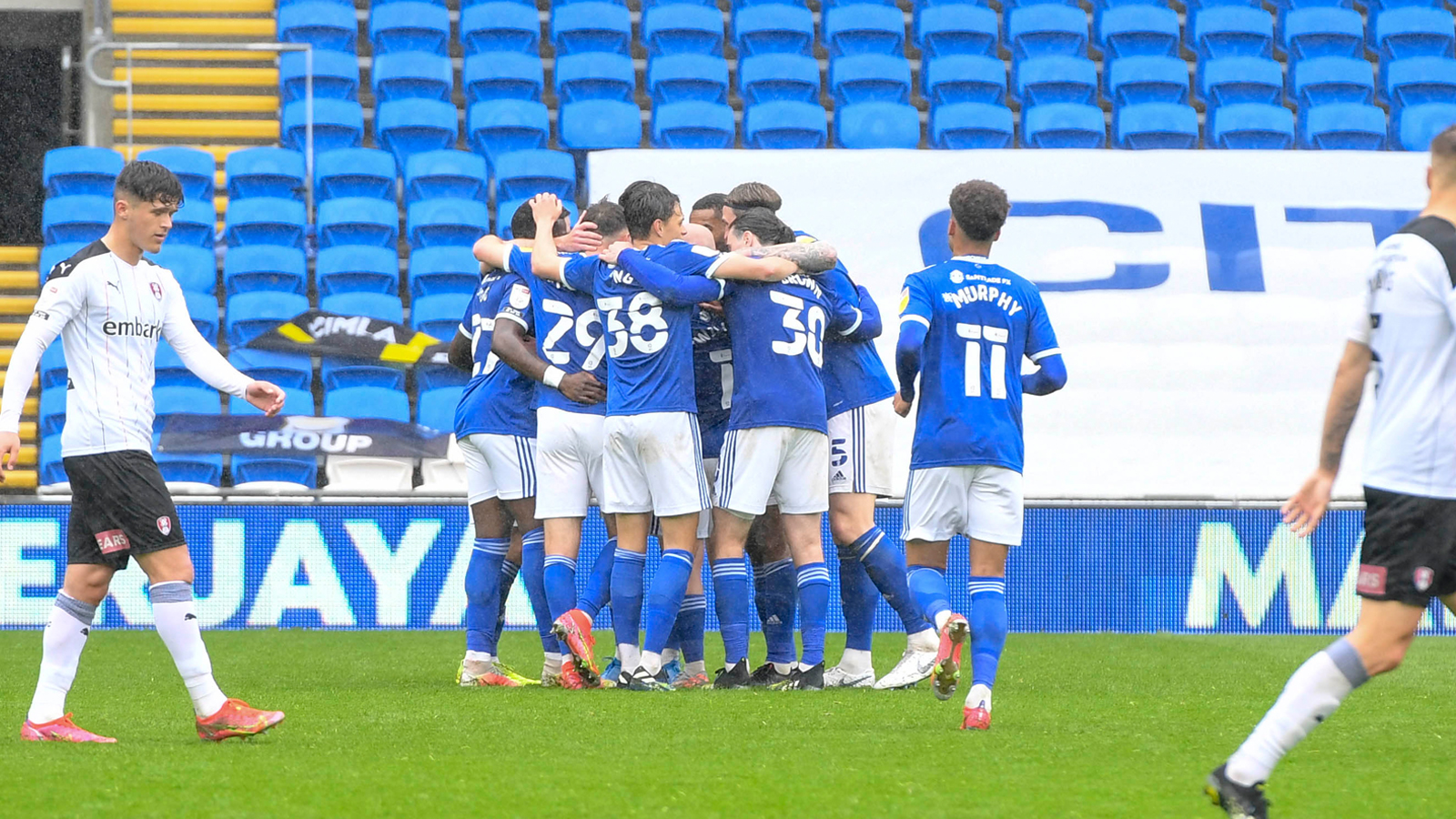 Marlon Pack netted a late leveller to hand the Bluebirds a 1-1 draw with Rotherham United on the final day of the season.

The Millers, who were relegated from the Championship with the full-time result, had taken an early lead through Matt Crooks, only for Pack to fire home and ensure the points were shared.

Bluebirds boss Mick McCarthy named an unchanged starting eleven from last weekend’s 4-0 win at Birmingham City, but made several changes to his substitutes bench. Lee Tomlin was named in the matchday squad for the first time since October, whilst all at Cardiff City Stadium were delighted to see Sol Bamba return to the squad.

The Millers, who knew that only three points would be enough to preserve their Championship status, made a fantastic start to proceedings, taking an early lead through Lewis Wing. The Middlesbrough loanee did well to watch Perry Ng’s headed clearance drop onto his foot, before perfectly executing a full volley past Dillon Phillips and into the City net. 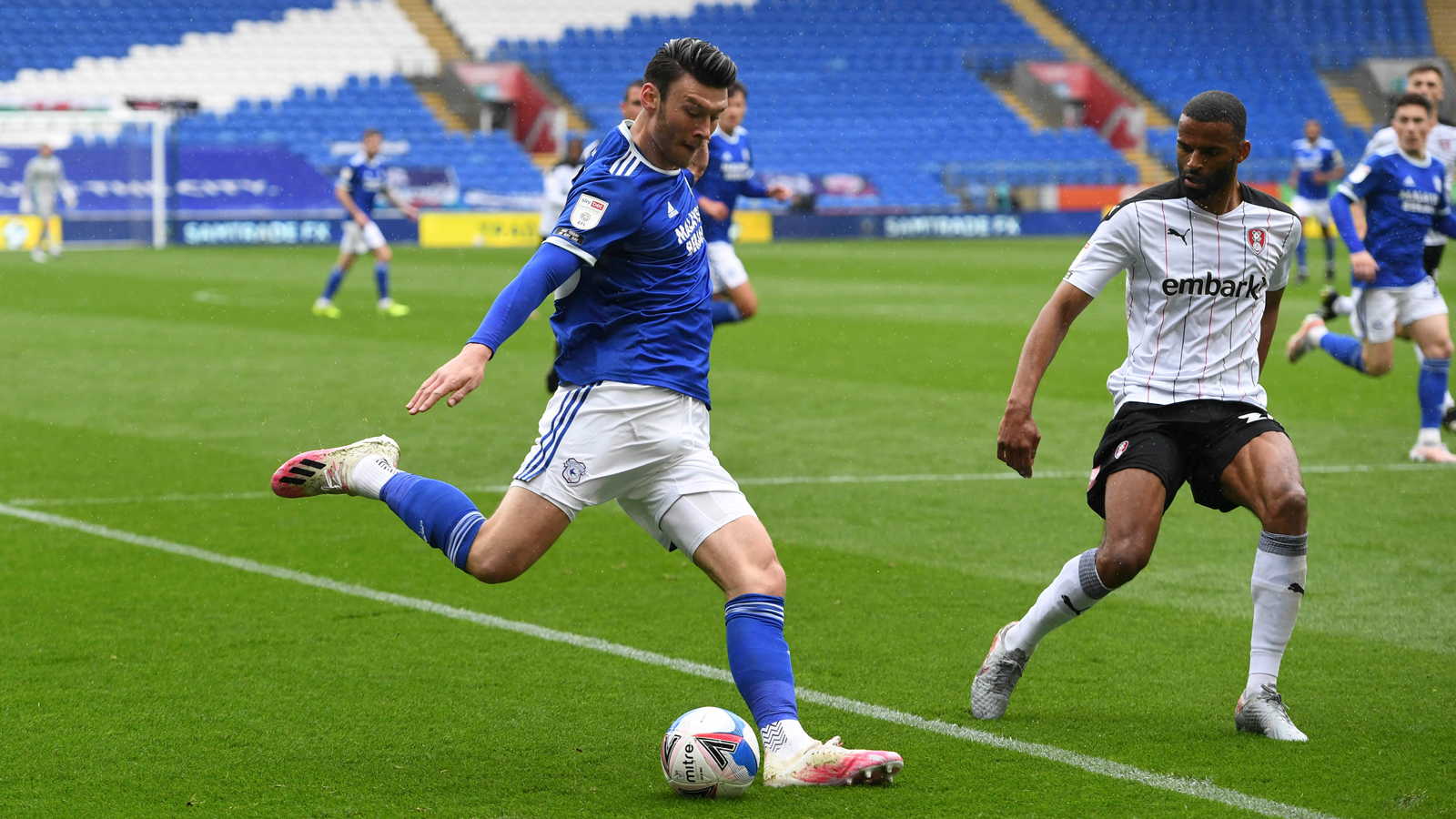 The Bluebirds created few opportunities in the first half, with Harry Wilson curling a free kick over the crossbar from an acute angle. At the other end, Rotherham had several chances to double their lead, including a header from Angus MacDonald which fizzed wide of the near post.

Matt Crooks enjoyed another golden chance just before the half hour mark, but was unable to score a second for the Millers. Michael Smith delivered a fine ball across the box and towards the penalty spot, with Crooks arriving, unmarked. The midfielder’s side-footed effort flew wide of the target; another fantastic chance that United would eventually come to rue.

Dillon Phillips was called into action minutes later, making a fine reflex save after MacDonald fired a fierce half-volley from close range; the ball struck the keeper in the midriff before being cleared away. Moments afterwards, Smith made space for a shot and drove a low effort across the upright, which was inches away from finding the bottom corner. The half-time whistle sent the two teams in at the break with the visitors in front and on top.

McCarthy’s men produced a much-improved performance in the second period, and went close soon after the restart through Kieffer Moore. Named as the club’s Player of the Season before kick-off, the Welshman latched onto the ball on the edge of the box following a swift counter attack, but put his effort over the crossbar.

Perry Ng also went close for City, striking towards goal on the hour mark. The wing-back showed skill to cut inside and beat his man on the edge of the area, before delivering a shot which took a deflection and narrowly evaded the target, going behind for a corner.

The visitors also created chances to double their lead, but were unable to find a second goal in the second half. Crooks and Smith were again involved; the midfielder should have scored from close range but flicked the ball wide of goal, whilst the striker saw a near post drive well saved by the feet of City stopper Phillips.

The introduction of the likes of Josh Murphy, Sheyi Ojo and Jonny Williams brought added intensity to the final stages of the fixture, with the match become increasingly stretched and both teams going from end-to-end in search of a goal. Rotherham’s finest chance of the second period came through their goalscorer Wing, who attempted an audacious lobbed effort which looped above Phillips but dropped over the roof of the net. 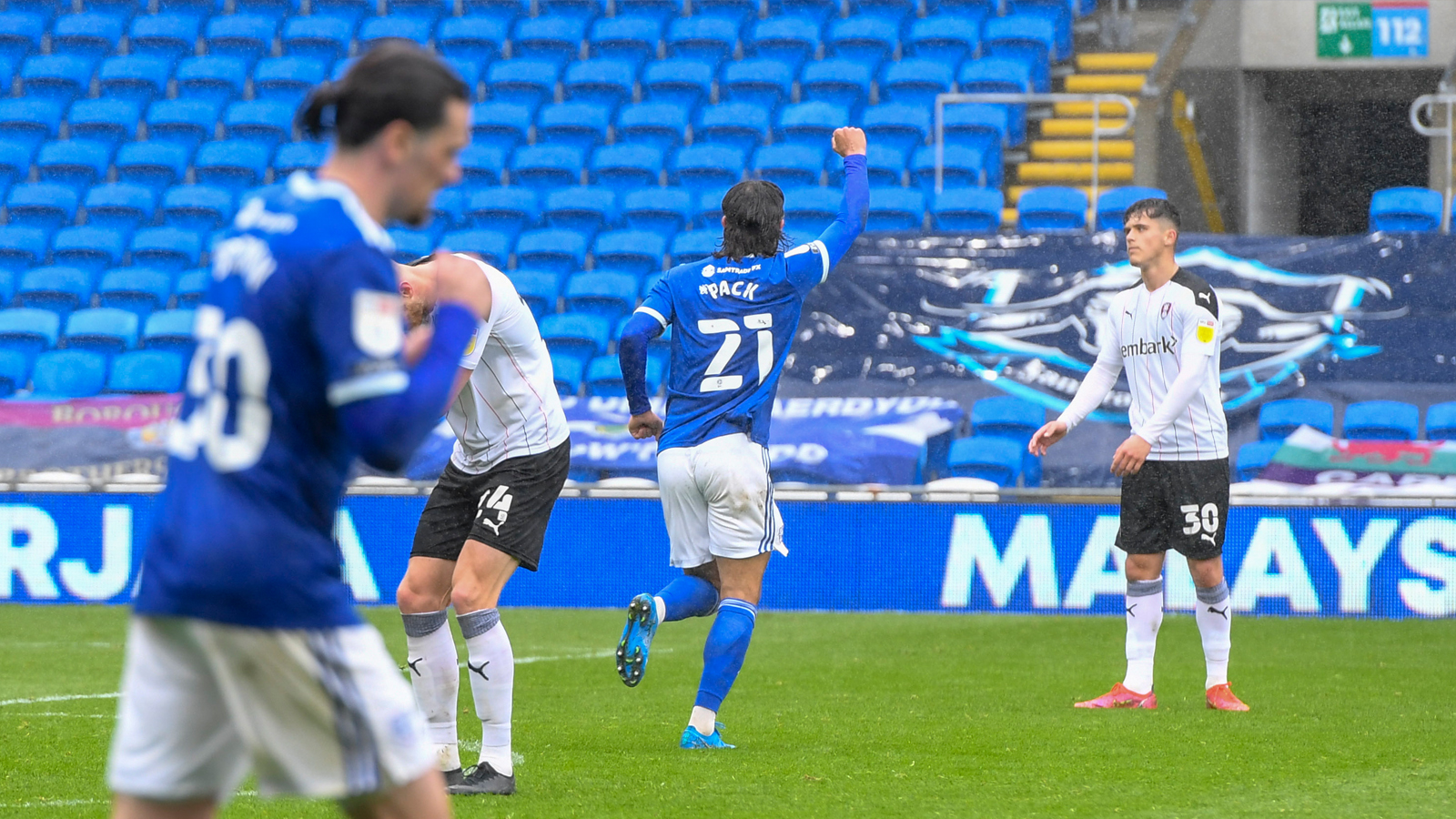 With two minutes of normal time remaining, the Bluebirds finally found an equaliser through Marlon Pack. A cross into the Rotherham box deflected back out to the edge of the area, with Ojo leaving the ball for his midfield teammate to strike. Pack kept his composure to apply a fine side-footed finish, which caught out goalkeeper Jamal Blackman and flew into the net.

With their second tier status on the line, the visitors threw bodies forward in search of a late winner, providing the Bluebirds boss with a vital moment to introduce Bamba to the fray; his first league appearance since being diagnosed with non-Hodgkin lymphoma back in January. City held firm to defend one final set-piece, before the sounding of the final whistle, which brought the campaign to a close and signalled Rotherham’s relegation to League One. The Bluebirds finish the Championship season with 68 points, and end the campaign in 8th position. 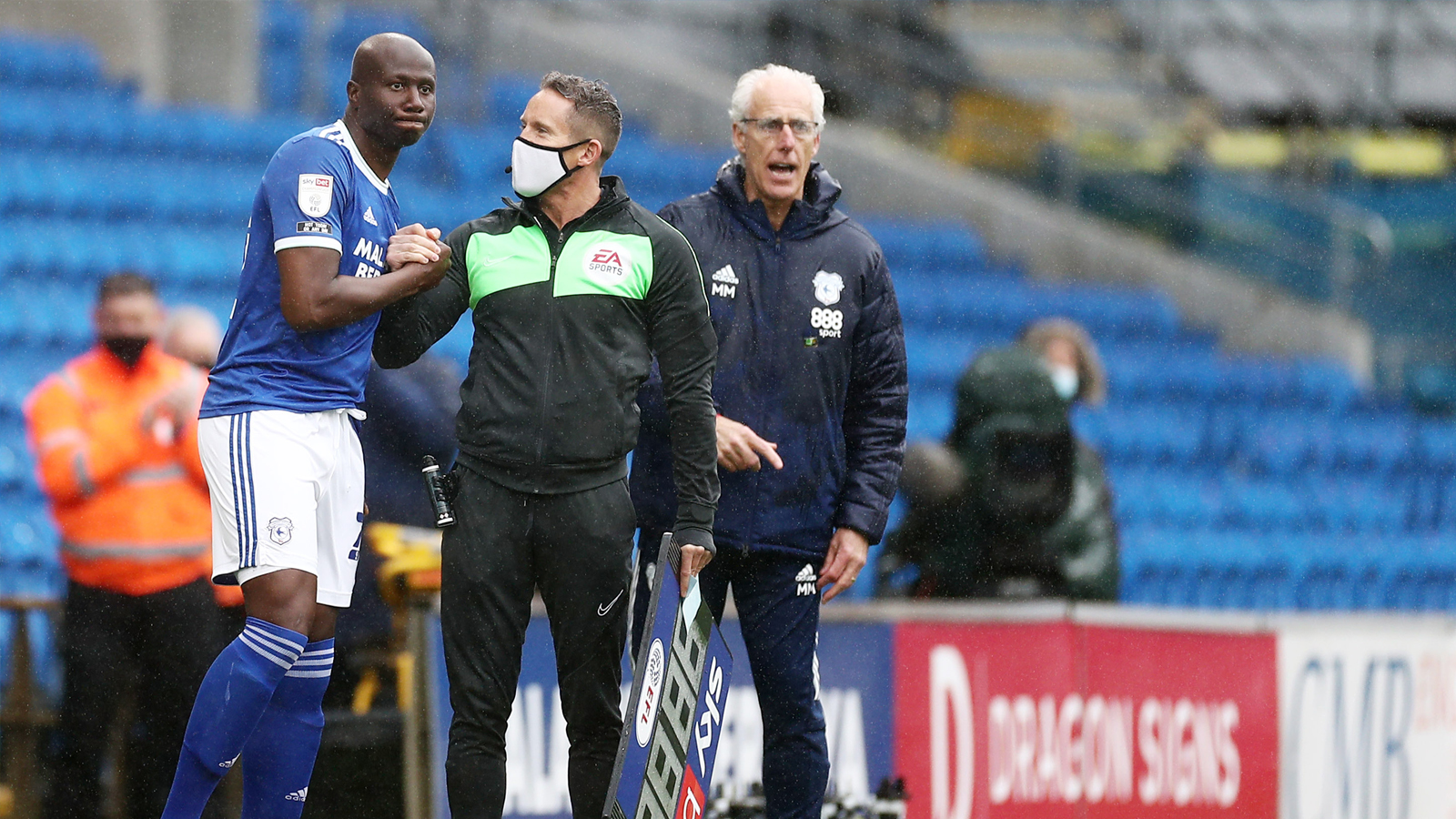