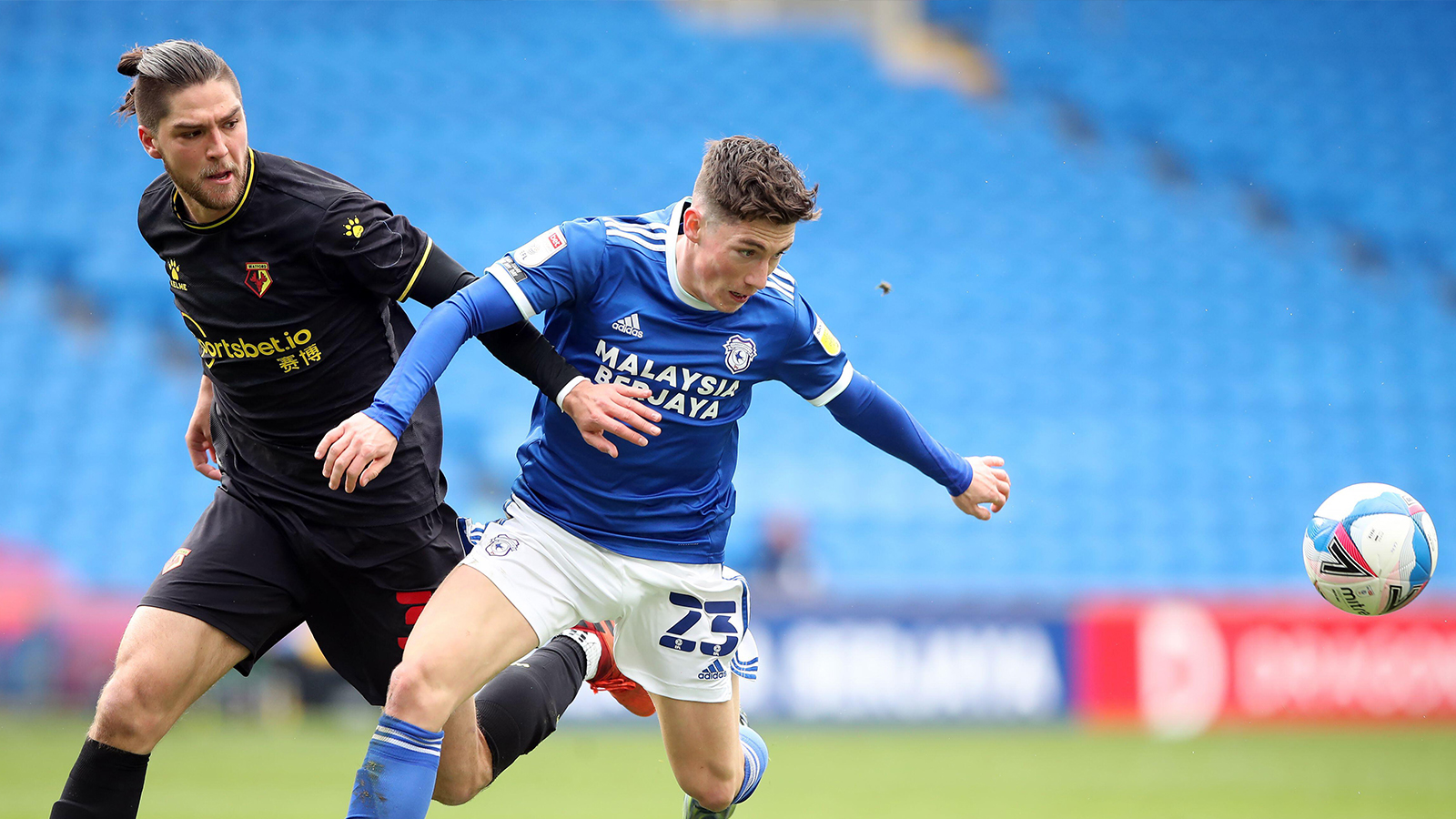 City’s unbeaten run of eleven matches came to an end on Saturday afternoon, as Watford recorded a last-gasp victory in the Welsh capital.

The Bluebirds had taken the lead through Francsico Sierralta’s own goal, though Nathaniel Chalobah’s equaliser and a late free-kick from Adam Masina turned the game in the visitors’ favour.

Mick McCarthy made two changes to the side which drew with Huddersfield Town last time out, as Perrry Ng returned to the starting eleven and Ciaron Brown came in to make his full league debut for the Bluebirds.

After threatening the Watford goal during the early exchanges, City took the lead after thirteen minutes. The dangerous Josh Murphy was instrumental in creating the opening goal; after darting down the left flank, the winger delivered an enticing low cross towards the back post, where Kieffer Moore was waiting, unmarked. Forced into action, defender Francsico Sierralta made contact with the ball but could only turn it past the helpless Daniel Bachmann, giving the Bluebirds the lead.

However, that lead lasted for less than a minute, as Watford hit back with an immediate response. Moving forward on the counter attack, the Hornets reached the penalty box with the ball falling to their captain, Nathaniel Chalobah. With bodies surrounding him, the one-time England international showed composure and skill, creating space with some fine footwork before firing into the bottom corner to level the score.

The visitors grew into the game as the half continued, with top scorer João Pedro passing up two opportunities to score. The first, after 24 minutes, came in the form of an acrobatic bicycle kick, which was initially parried and then gathered by City stopper Dillon Phillips. A few minutes later, Pedro fired over the bar from inside the box, having received a smart cut-back from Ken Sema.

Phillips was called into action once again soon afterwards, making a fine save from Ismaïla Sarr. The winger drove a low effort from the corner of the box, which deflected off Brown and forced the keeper to tip the ball behind. At the other end, Kieffer Moore capitalised on a loose touch from Watford keeper Bachmann; the Austrian received a yellow card for a heavy tackle on the Welsh striker, but Harry Wilson was unable to find the net with the free-kick, sending the two teams into the dressing rooms with the scores level.

The second half commenced at a slower pace than the first, with fewer goalscoring opportunities for both sides. Moore saw a volley fly over the bar close to the hour mark, and Aden Flint replicated a similarly acrobatic effort towards the end of the match. The towering defender connected well in the air, but could not hit the target with his scissor-kick.

In the dying moments, the away side were awarded a free-kick near the Bluebirds’ box, with Sarr going to ground and Ng going into the book. Adam Masina stepped up and rifled the ball into the back of the net, catching Phillips out with his powerful effort. With little time to respond, the final whistle confirmed a cruel defeat for Mick McCarthy’s men, bringing their excellent undefeated spell to a close.

With two fixtures remaining until the international break, the Bluebirds will be back in action on Tuesday, March 16th, as Stoke City travel to Cardiff City Stadium for a 7pm kick-off.