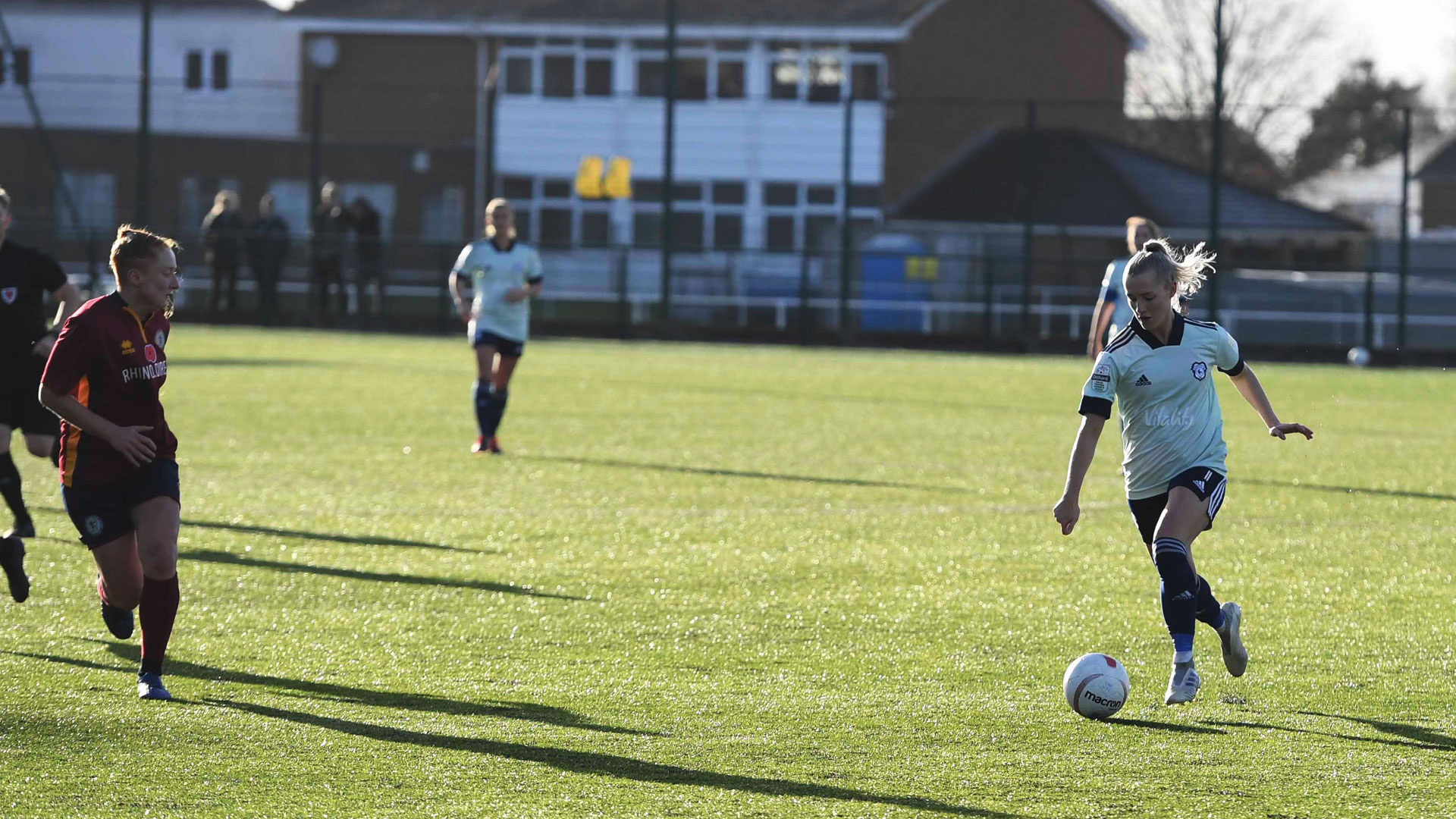 With eight players unavailable for selection, Iain Darbyshire named two U19 midfielders on the substitutes bench for the first time - Brooke Evans & Mikayla Cook. 16-year-old forward Phoebie Poole continued in attack after netting four times in her first two appearances for the Club.

The hosts took the lead after 14 minutes as Chloe O’Connor finished a fine team move from just inside the box. Former City forward Shannon Evans added a second goal for Met after 32 minutes, poking in at close range.

The Bluebirds went close to reducing the deficit one minute later, but Charlotte Smith performed an incredible one-handed stop to deny Poole.

City did hit the back of the net within sixty seconds of this chance - but it was ruled out for offside. Forward Catherine Walsh delightfully volleying in - only to be denied by the Assistant Referee’s flag.

The hosts quickly added two further goals to go in at the break with a four goal advantage. Evans adding her second of the match on 38 minutes before early substitute Jodie Passmore headed in four minutes later.

City were forced into a half-time change as Hannah Daley was unable to continue after a collision at the end of the first period with Met’s Amy Long. Lisa Owen replaced her, with Ffion Price moving into the centre of defence.

Midfielder Cook made her Cardiff City debut early in the second half, replacing Danielle Broadhurst, but the hosts managed to add a fifth goal with 55 minutes on the clock when Passmore tapped in a rebounded free kick.

City fought hard to hit the net and went close through Catherine Walsh, debutant Cook and Danielle Green just after the hour mark. The Bluebirds best chance of the match came with seven minutes remaining. Poole with a moment of magic, stepping over the ball, cutting in from the left and curling at goal right-footed, with the ball bouncing out off the inside of the post.

Brooke Evans entered the match for her Bluebirds bow with three minutes remaining. City continued pressuring the home goal, but were unable to get a consolation.