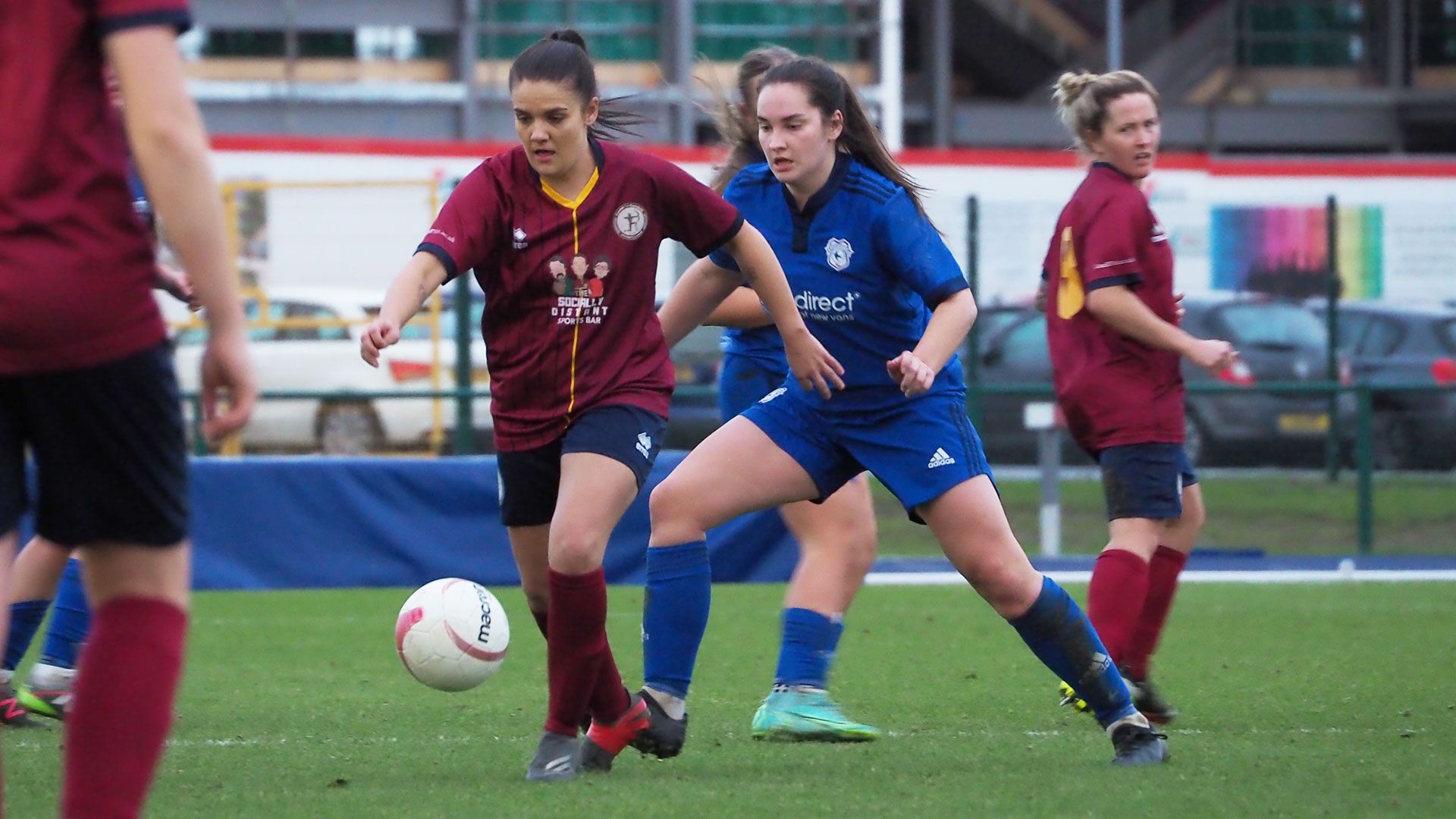 Boss Iain Darbyshire made one change to the side that booked their place in the Adran Trophy with a clinical win over Aberystwyth Town last time out, with Pheobie Poole coming into the starting XI.

City started brightly, as Poole found space on the edge of the area with a brilliant turn, before firing just wide of the post. Despite the hosts growing into the contest, the Bluebirds continued to create chances, with Poole finding Lily Billingham free on the left, who was just crowded out in the box.

The Archers took the lead in the 17th minute, as Chavez cut inside and fired into the top corner from distance. City responded well to falling behind, as Seren Watkins’ corner fell to Poole in the box, whose effort at goal flew just wide.

Shortly before the break, City went close once more, with Zoe Atkins finding Billingham in the box, who cut inside and forced a save from Sweeney, who ensured that the hosts went into the interval with a 1-0 lead.

The Bluebirds started the second period well, as Danielle Broadhurst cut inside to Atkins in the box, who fired home, only for the offside flag to be raised. As City searched for an equaliser, Ffion Price’s dangerous free-kick delivery deflected off defender Tija Richardson and almost found the net.

Some great work down the left from winger Amy Williams saw her find space to cross, but her delivery just evaded the on-rushing Broadhurst. Despite applying pressure on the hosts in the second-half, the Archers doubled their advantage in the 77th minute, as Laura-may Walkley went down under the challenge of Hollie Smith, allowing Hutton-Townsend to convert from the penalty spot.

Despite City trying to get back into the game late-on, the Archers saw out the victory. The Bluebirds return to FAW Welsh Women’s Cup action next week, facing Swansea City Ladies in the Semi-Final on Sunday 13th March, 2pm KO.

“We were very unfortunate to lose the game. For large parts, we played really well. In all fairness to the girls, they gave everything. Intensity is something that we’ve spoken about, that’s what we’ve asked of them and they brought that.

“Unfortunately, it was just one of those games where we just needed that bit of luck and the ball to bounce for us, but it didn’t come. Credit to Met, their first goal was a brilliant goal, not many goalkeepers are saving that, but we’re gutted because we competed for large parts of the game.

“For us to bounce back next week, we’re going to have to put in the work in training. We showed a few weeks ago that Swansea are beatable. If we keep playing the way we are, with the same intensity, there’s no doubt that we can compete.”