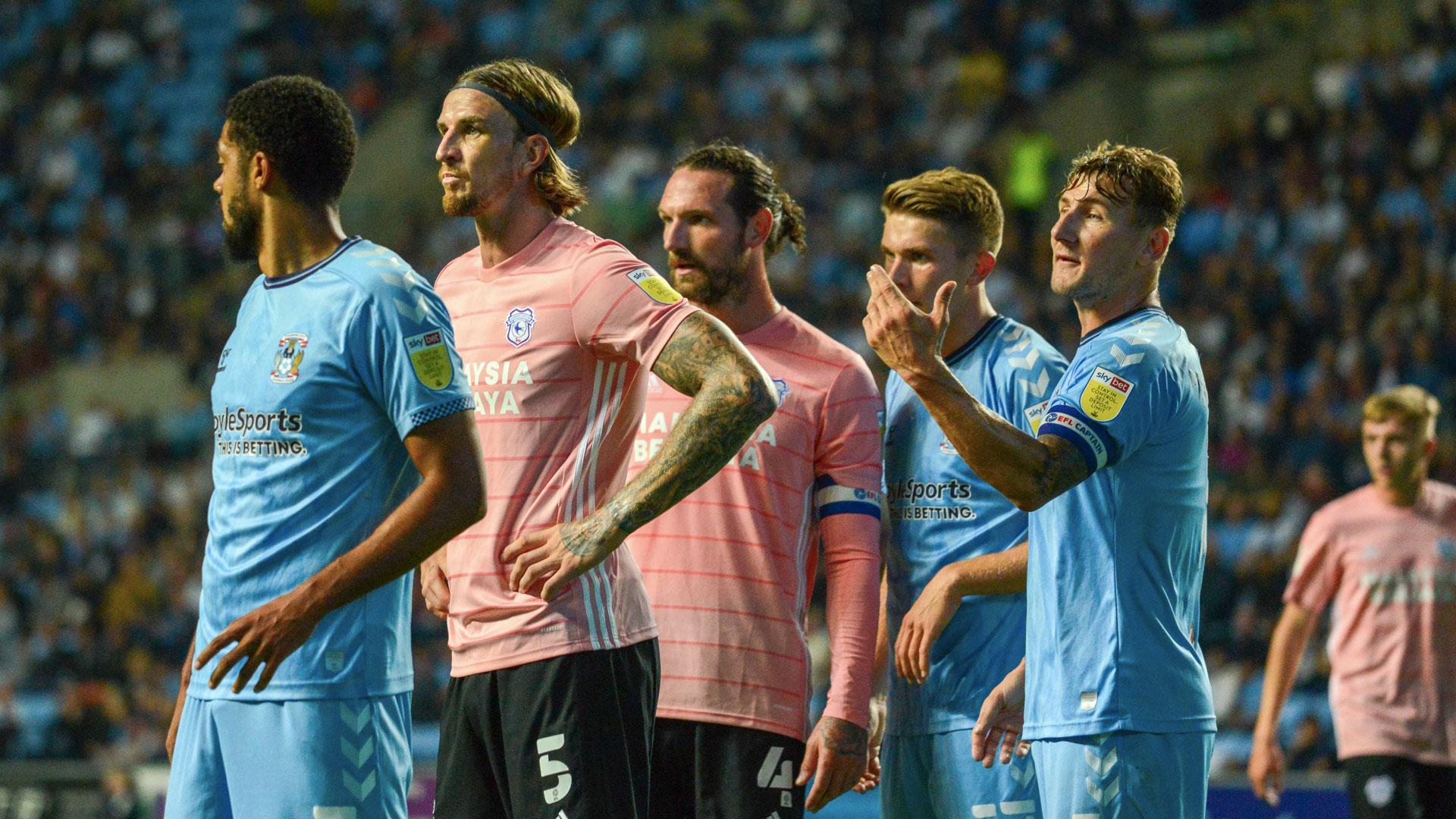 The Bluebirds’ first fixture in the city of Coventry for a decade ended in defeat courtesy of Viktor Gyökeres’ well-taken first half strike.

Rubin Colwill and Kieffer Moore were named in the starting eleven, the two having come on to tremendous effect at Nottingham Forest three days prior. There was once again a youthful feel to the substitutes bench, with Tom Sang, Kieron Evans and Sam Bowen deputising for senior absentees, Joe Ralls, Leandro Bacuna and Ryan Giles.

The early exchanges at the Coventry Building Society Arena were somewhat frantic, with the first half chance of the game being presented to Kieffer Moore in the fifth minute. A long throw from Will Vaulks was allowed to bounce inside the Sky Blues’ area before it found the path of Moore six yards from goal; the Welsh striker rose to connect, though couldn’t quite find the telling touch to direct beyond former City stopper, Simon Moore. Coventry had a free kick on the edge of the area minutes later, but Gustavo Hamer was only able to strike the wall with both his initial strike and rebound.

But there was little doubting that the home side had the better of the opening 16 minutes and were duly rewarded when former Swansea City loanee Viktor Gyökeres gave them the lead. A City long-throw was cleared, leading to a Coventry counter through the heart of the retreating away side; Gyökeres found a channel between Curtis Nelson and Joel Bagan, before striking early from 25 yards out, catching Dillon Phillips somewhat off-guard and subsequently raising the roof off a febrile CBS.

There were few clear-cut chances as the half wore on, though the hosts continued to try and play through City with some sharp passing and good counter-attacking play, particularly after the Bluebirds’ long throw set plays. Yet it was from a set piece of their own that the Sky Blues arguably should have doubled their lead, Dom Hyam heading over from close range from Martyn Waghorn’s corner kick in the 39th minute.

Mick McCarthy made a double substitution at half time with Colwill and Mark Harris departing the field in favour of Sam Bowen and James Collins. It saw a change in shape for City, and within five minutes of the restart there were half chances for both sides: Vaulks saw his effort blocked from distance, before Callum O’Hare’s effort was well saved by Phillips.

The change in shape and personnel seemed to suit the Bluebirds and on 52 minutes, good play from Perry Ng tight in the corner on the far side of the field almost led to the equaliser. The wing back evaded the attentions of Jake Clarke-Salter before delivering a cross that Joel Bagan attacked from deep, only to see his header clear Moore’s crossbar.

City's very best chance of the game fell to Collins with 15 minutes left to play. Again, tenacity and determination from Ng down the right led to a terrific pinpoint cross; alas, despite a glorious chance to nod home from two yards out unmarked, the substitute headed over. Coventry rode their luck somewhat and should have killed the game three minutes later only for Phillips to deny O’Hare.

There would be no further opportunities of note for either side, though a late red card shown to Fankaty Dabo for a dangerous challenge on Marlon Pack made for a notable, yet sour, footnote. Next up for the Bluebirds is the visit of Scott Parker’s AFC Bournemouth to Cardiff City Stadium on Saturday afternoon, kicking off at 3pm in the Welsh Capital.