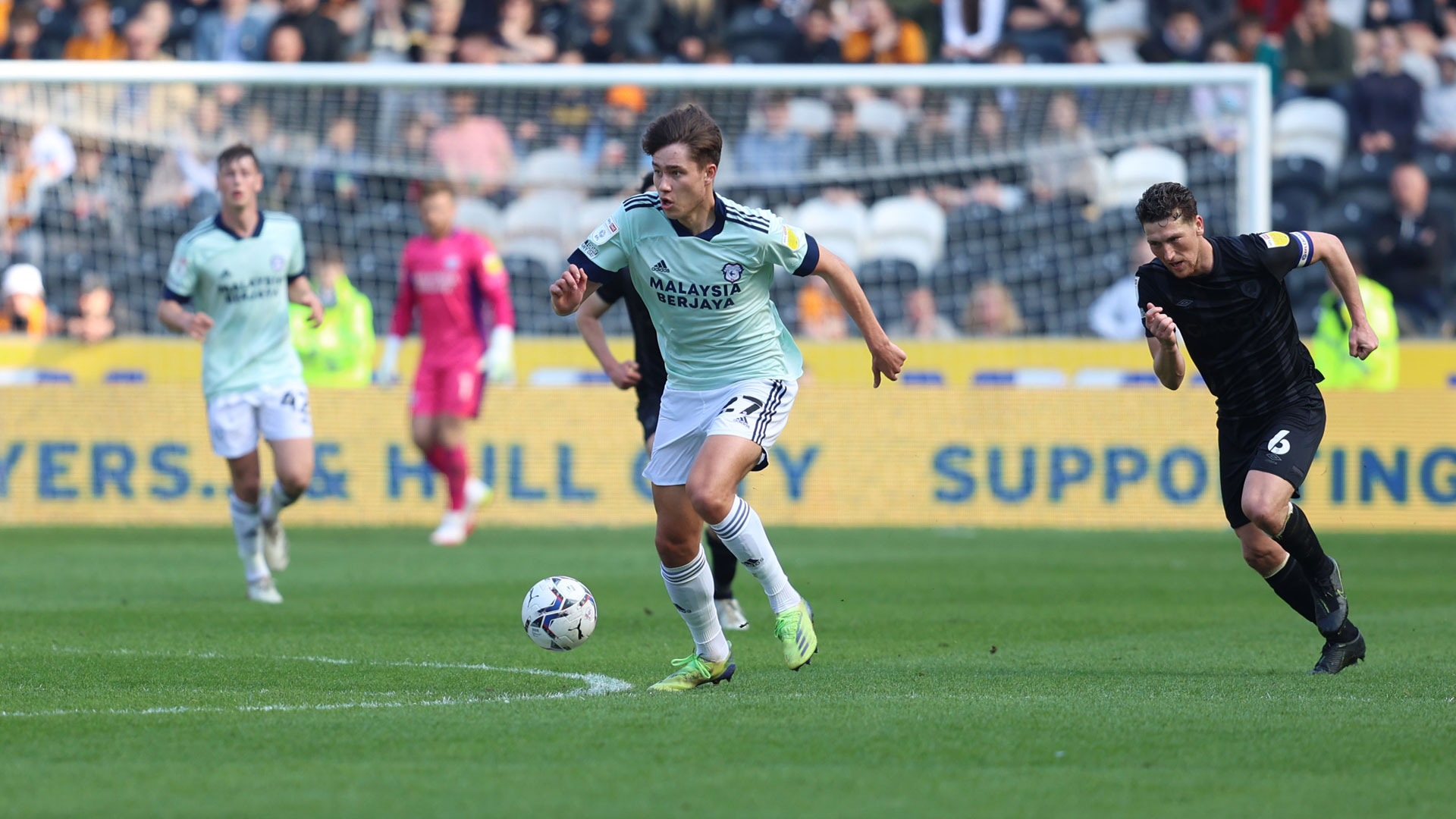 The much altered Bluebirds were punished for a quiet defensive start, with the hosts netting twice inside the opening ten minutes at the MKM Stadium. Allahyar scored after eight minutes, slotting home his first Hull City goal after capitalising on a short back pass. Their lead was doubled two minutes later with Lewie Coyle hitting the net from the edge of the box.

City fought to find a way back into the encounter, with powerful forward Ikpeazu causing issues. The former Wycombe Wanderers striker's overhead kick after 15 minutes threatened the goal of the hosts, but Matt Ingram pulled off a strong diving stop.

Chances in the first half, after the two early strikes and Ikpeazu's acrobatic effort, were few and far between. The striker, on a booking after a late challenge, was withdrawn at the interval alongside defender McGuinness, with Morison changing to a four man defence and bringing on numbers in the middle of the park. The creative influences of Tommy Doyle and Rubin Colwill were introduced at the break.

City goalkeeper Dillon Phillips made a smart save quickly after the restart to keep out Keane Lewis-Potter's close range effort. It was Manchester City loanee Doyle that had Cardiff City's first proper effort of the second half after 55 minutes, curling off target from 20-yards.

The Bluebirds were in the ascendancy after the break. Harris & Ryan Wintle had half chances, while a clear opportunity fell to Doyle with 77 minutes played. Colwill and Harris combined to play the ball into City's No.22, but he swept the shot off target from 10-yards.

Doyle made up for that missed chance four minutes later, putting in a pinpoint corner for defender Flint to power a header into the back of the net, reducing the deficit.

City nearly levelled the match 60 seconds later. Harris found himself in a footrace with goalkeeper Ingram. The Welsh international beat his opponent to the ball and lifted it over the shot stopper, but the effort ran into the side netting from a tight angle.

Despite an end-to-end final few moments, neither side could add to the scoreline, City falling to a 2-1 defeat on the road. The Bluebirds are next in action on Monday, April 18th, 2022, when Luton Town visit the Welsh capital.