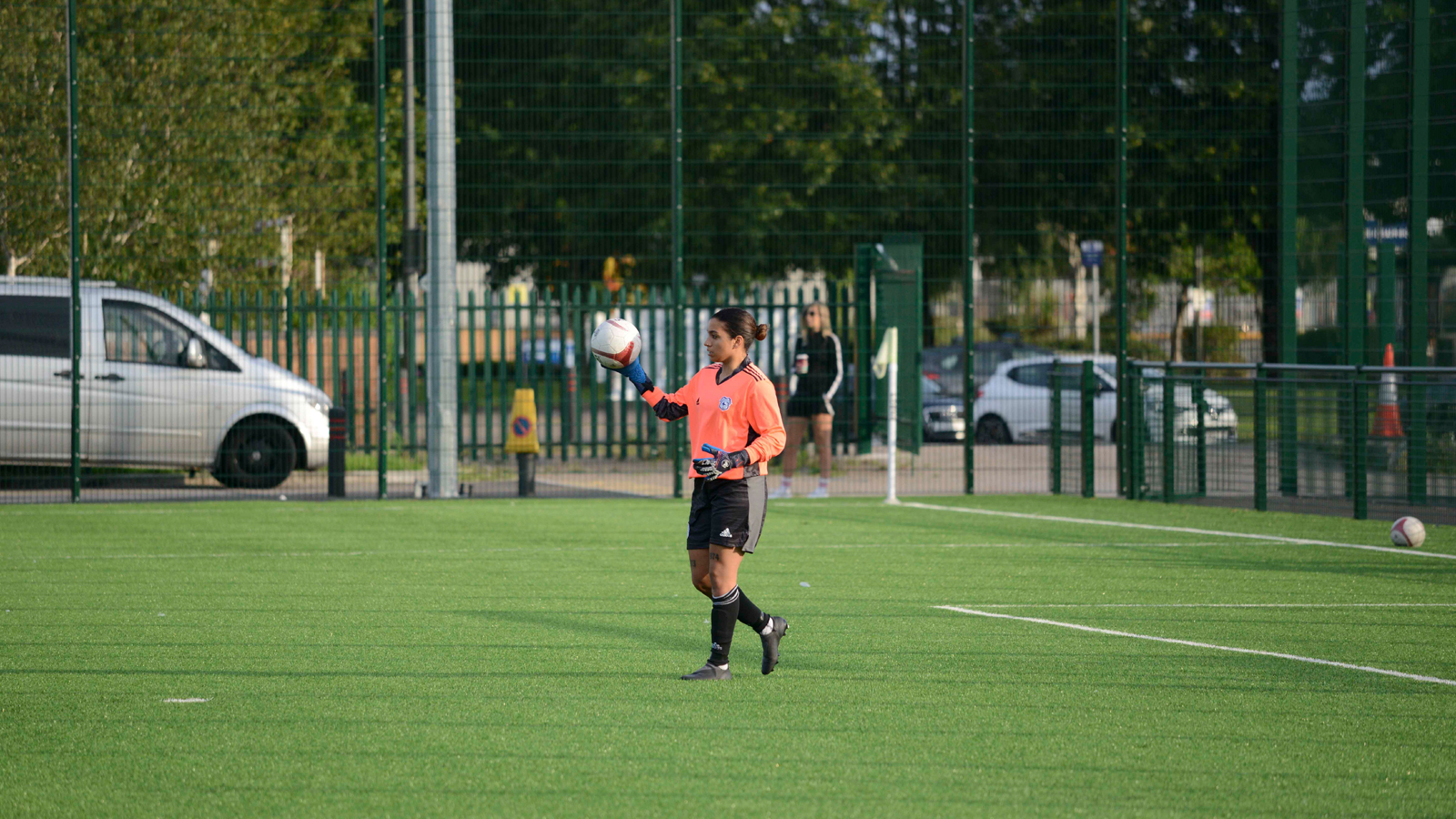 Cardiff City FC Women continued their winning start to the 2021/22 season with a convincing 3-0 away victory against The New Saints on Sunday afternoon.

Danielle Broadhurst and Catherine Walsh scored before the interval, before Zoe Atkins sealed the victory with City's third in the second half.

Following a goalless opening 25 minutes, Broadhurst broke the deadlock in the 27th minute, netting her first of the campaign from her third successive start.

Forward Walsh headed home on the verge of half-time, doubling the lead after City had increased their pressure on the hosts.

The second half offered similar for the Bluebirds, as the visitors continued to press for another goal. Against the run of play, with less than ten minutes remaining the hosts were awarded a penalty kick. However, 'keeper Zara Mujica was on hand to save Francesca Scott's effort from the spot, maintaining City's impeccable league record thus far.

With Atkins netting the Bluebirds' third only minutes later, the visitors came away with all three points following another impressive showing.

3️⃣ well-earned points on the road, with another clean sheet to boot! 🧤#CityAsOne pic.twitter.com/DRChPidDZj

"It's all positives from the result," he began. "We didn't keep the ball as well as I'd have liked at times, but we earned the three points and move on to next week.

"It was Zara's first game for us and she's done well with the penalty save. Ceryn has of course played in the two games before, and has been fantastic. It's good not to concede goals, and you're always in with a chance of winning if you're solid as we've been so far.

"We've scored 11 goals and not conceded once, which is a perfect start. We'll go into the Swansea City game looking to build on it."