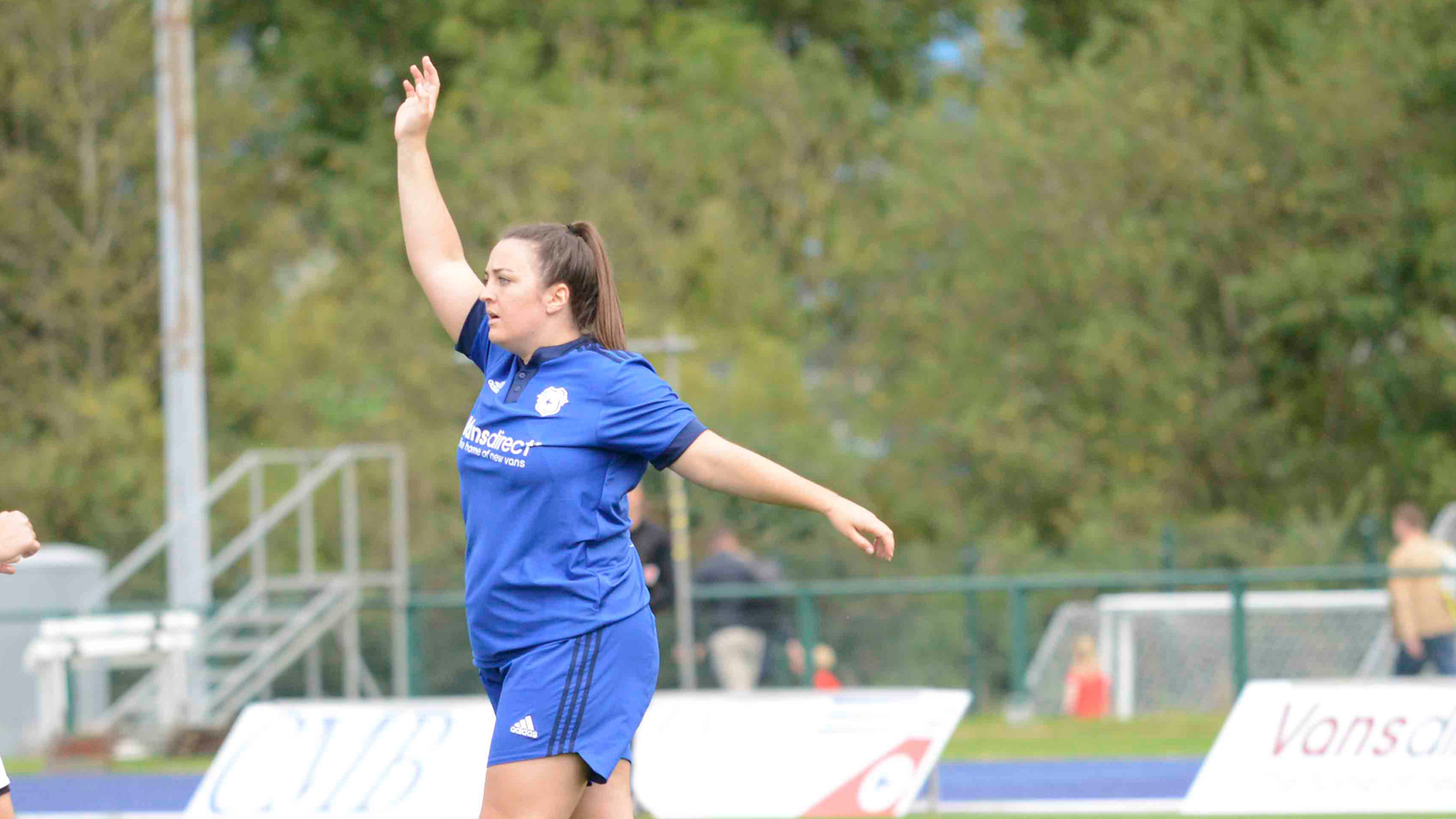 Cardiff City FC Women progressed further in the FAW Women's Cup on Sunday afternoon, overturning a 2-0 deficit with only ten players against The New Saints.

The Bluebirds were reduced to ten players in the 16th minute of play, when Lisa Owen was shown a straight red card for a foul that denied a clear goalscoring opportunity for the hosts, on the edge of City's area.

Amelia Forkings - who was brought in ahead of kick-off to replace the injured Ceryn Chamberlain - made a great save from the resulting free-kick, and was challenged immediately following Owen's dismissal.

With the numerical advantage established, the hosts managed to score two quickfire goals, with Courtney Ashworth and Lexie Harrison each netting for The New Saints.

City soon adjusted, however, and went about responding with a goal of their own before the half was out. Zoe Atkins halved the deficit in the 37th minute, shooting above the reach of 'keeper Sarah Parkes.

Shortly after the interval, the Bluebirds were once again on level terms, as Megan Saunders' well-weighted strike on the left hand side of the area flew into the hosts' net.

Two minutes later, Catherine Walsh was unfortunate to see her penalty-kick saved by Parkes, who went the right way to deny City their third.

With 90 minutes approaching, the visitors managed to defy the hosts with a third goal to finally overturn the lead. Siobhan Walsh headed home from a corner-kick, putting City in the lead with five minutes left to play.

Having overcome their opponents despite being behind and a player down for a majority of the fixture, Cardiff City FC Women saw out the remainder of the match to secure their place in the next round of the FAW Women's Cup.

Following the final whistle, Iain Darbyshire spoke to cardiffcityfc.co.uk to discuss the result:

"We're delighted to be through to the next round," he began. "The girls showed real character, and the will to win was just incredible.

"We started poorly and of course getting a player sent off made it a bigger challenge for us still. Giving full credit to the girls, we got a good reaction where they knew they'd have to come back fighting. They showed a real togetherness to get the result today.

"Everyone is buzzing now, we can't wait to get into the next round."