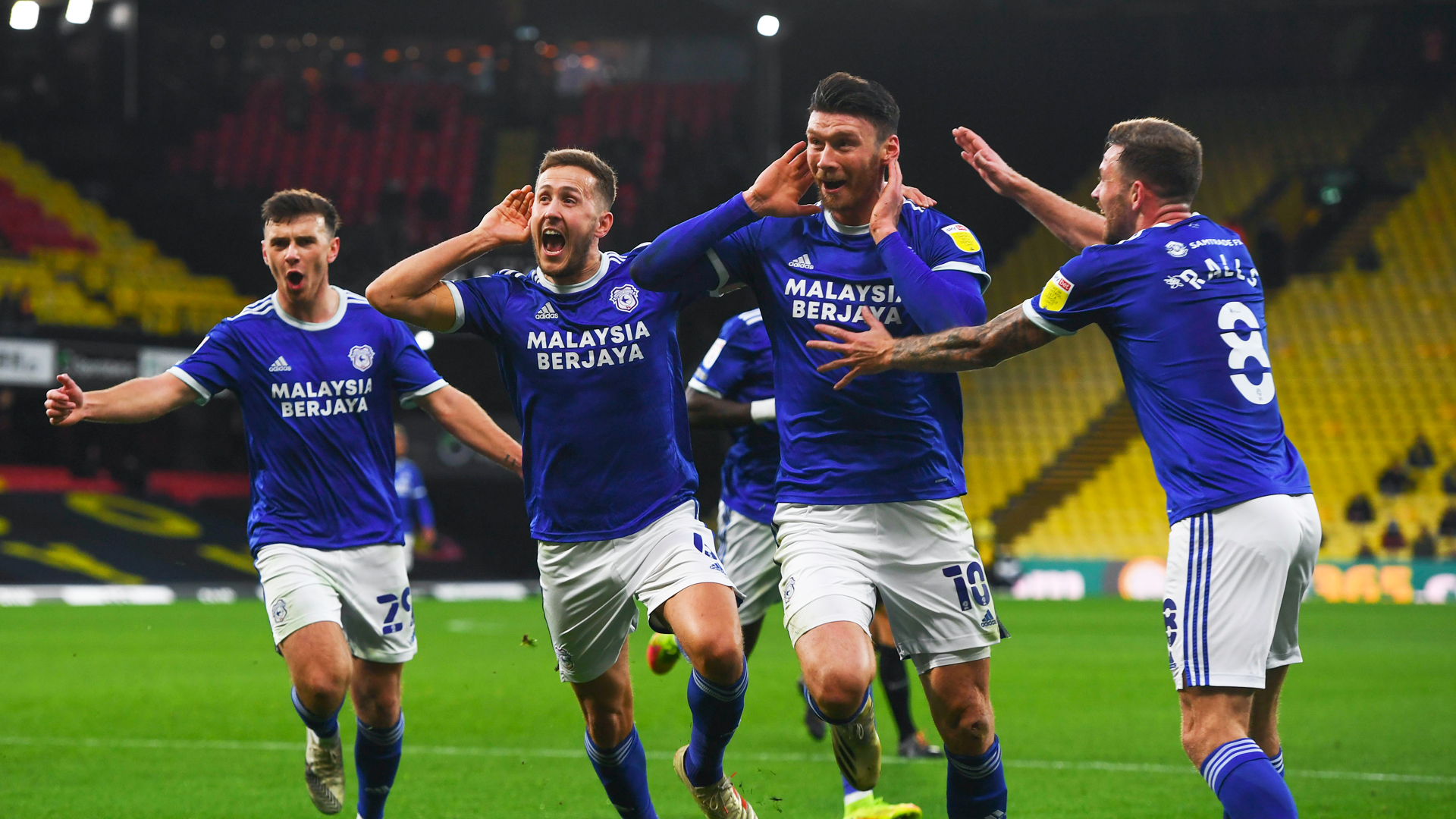 Cardiff City battled to a superb 1-0 victory away at Watford thanks to Kieffer Moore’s fifth goal in as many games.

The Bluebirds’ third consecutive victory and clean sheet put an end to the Hornets’ unbeaten home record this season.

City were playing in front of a crowd for the first time since March, with the hosts permitted 2,000 supporters at Vicarage Road.

While the home fans made themselves heard early on, it was City that had the quicker start.

Mark Harris was making a nuisance of himself to win the ball high up the pitch and the Bluebirds had their first sight of goal when Harry Wilson’s effort was deflected off target.

Watford did fire a warning shot when João Pedro slotted an effort just past Alex Smithies’ post from a tight angle.

But City’s pressure continued as Kieffer Moore nodded over the bar from Will Vaulks’ cross.

At the other end, both Curtis Nelson and Alex Smithies did superbly to clear in the City box. The ‘keeper did take Sean Morrison out in the process, but the skipper was fine to continue.

In fact, it was Morrison who had City’s next chance, bulletting a header just wide from Joe Ralls’ corner.

Minutes before the break, City found the lead their play had deserved, courtesy of another Ralls corner. After Morrison challenged for the ball, it fell to Moore, who swivelled on his left and fired the ball into the side-netting. 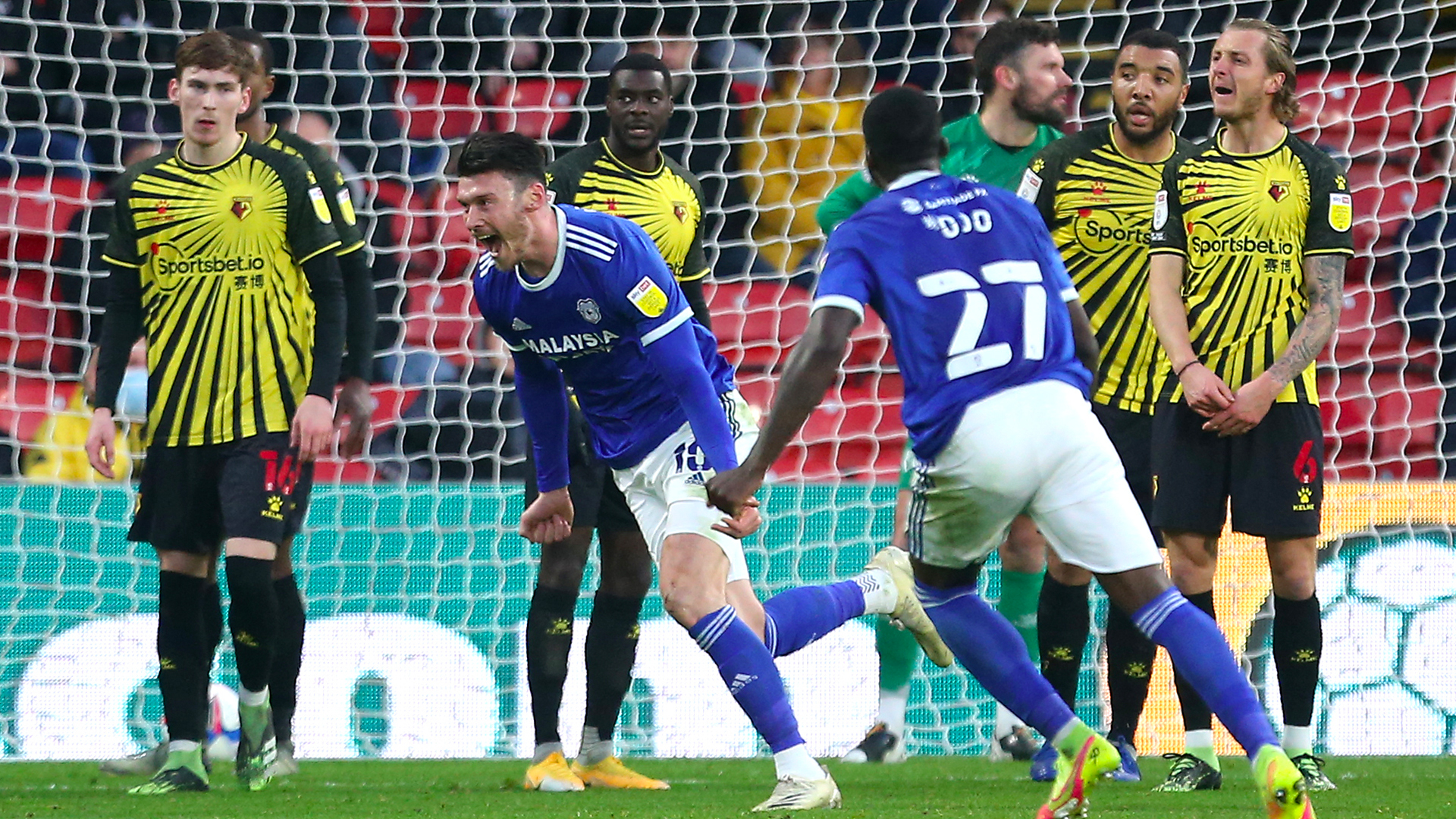 After the interval, Harry Wilson would surely have grabbed a second for the Bluebirds were it not for a timely intervention at the back post from Ken Sema.

The second half did see the hosts enjoy more territory, winning several set-piece opportunities but struggling to take full advantage.

On the break, Leandro Bacuna teed up Moore, whose effort was blocked before City’s penalty appeals were waved away.

With 20 minutes to play, a tremendous block from Morrison preserved the Bluebirds’ advantage. The newly introduced Domingos Quina drifted into the area, but the skipper slid in to deny him.

Watford almost found their equaliser soon after, but Smithies was on hand to smother Pedro’s downwards header from a home corner.

The hosts ramped up the pressure late on, but Stipe Perica spurned their final opportunity, missing from close range and fouling Will Vaulks in the process.

As a result, the Bluebirds held on for the remainder of four minutes of added time, securing a hard-fought, momentous victory at Vicarage Road.