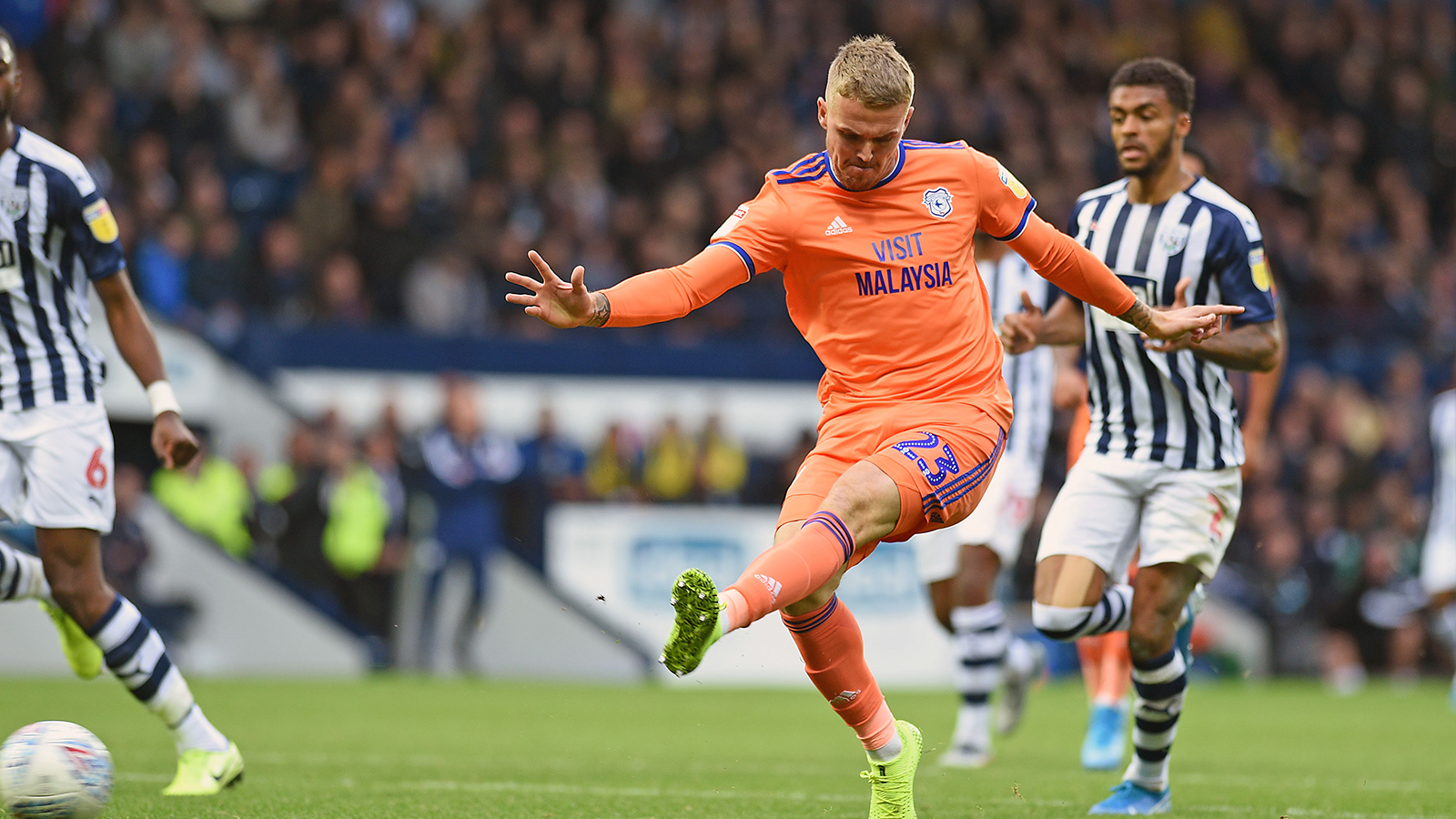 City’s seven-match unbeaten run came to an end at the Hawthorns, as West Brom returned to the top of the Championship table with a 4-2 victory.

Neil Warnock made two changes to the side that defeated Queens Park Rangers on Wednesday. Our third goalscorer in midweek, Callum Paterson, came in for Lee Tomlin, whilst Junior Hoilett replaced Josh Murphy on the left flank.

The Bluebirds started brightly in the West Midlands, going close after just four minutes. A cross from the right was met by Sean Morrison, who headed towards goal. Having scored against the R’s in midweek, the skipper went close to netting the opener once again, only to be denied by a fine save from Sam Johnstone.

At the other end, City stopper Alex Smithies was called into action, making an excellent save to keep out Charlie Austin’s flicked effort. However, the deadlock was broken after twenty minutes, as Matheus Pereira opened the scoring. The midfielder played a neat one-two on the edge of the area, before curling a fine effort into the far corner.

The Baggies went close to a second goal seven minutes later, with Pereira almost doubling his tally. His low strike from the edge of the area was destined for the bottom corner, with Smithies reacting well to make another important save.

Gavin Whyte almost fired the Bluebirds level, with a low shot from twenty yards. The Northern Irishman’s drive whistled past the far post, just wide of goal. Minutes later, Smithies was again on hand to deny Austin, with another close-range, near-post save.

However, Slaven Bilić’s men went two ahead just before the break, with Grady Diangana on target. The Baggies broke away in midfield, with Diangana teeing up a strike from the edge of the box. His effort was well-executed, finding the far corner of the net.

Robert Glatzel had City’s first opportunity of the second half, with a powerful drive after fifty-one minutes. A clever run put the German in behind, albeit at a narrow angle. Nevertheless, Glatzel’s powerful effort stung the palms of Johnstone, forcing a corner.

On seventy minutes, the striker put the ball in the Albion net, only to see the flag raised. From Marlon Pack’s dangerous free-kick, Glatzel’s header was too powerful to be stopped by Jonhstone, despite his best efforts, with the ball finding the far corner. However, the goal was ruled by the linesman out for offside.

Cruelly, the Bluebirds conceded a third just a minute later - Charlie Austin sliding the ball into the net having broken through on goal.

Danny Ward was introduced to the field and made a telling contribution, as City scored two goals to set up a nervy finish. The first came on seventy-five minutes, with a delicate pass from Nathaniel Mendez-Laing. Latching onto the ball inside the area, Ward applied a cool finish to give the Bluebirds a lifeline.

With four minutes remaining, Ward grabbed another, his third of the season, to setup a nail-biting finale. The striker nipped in at the front post to head home Josh Murphy’s cross, with the ball clipping the post as it nestled in the corner of the net.

Despite a flurry of late attacks, and a number of corner kicks, City were agonisingly unable to find a leveller. With the emphasis on the attack, Albion were able to nip in for a fourth goal – Romaine Sawyers rounded off the match with a neat, low finish.

The Bluebirds will next be in action after the international break, returning to Cardiff City Stadium to face Sheffield Wednesday on Friday, 18th October, with a 7:45pm kick-off.