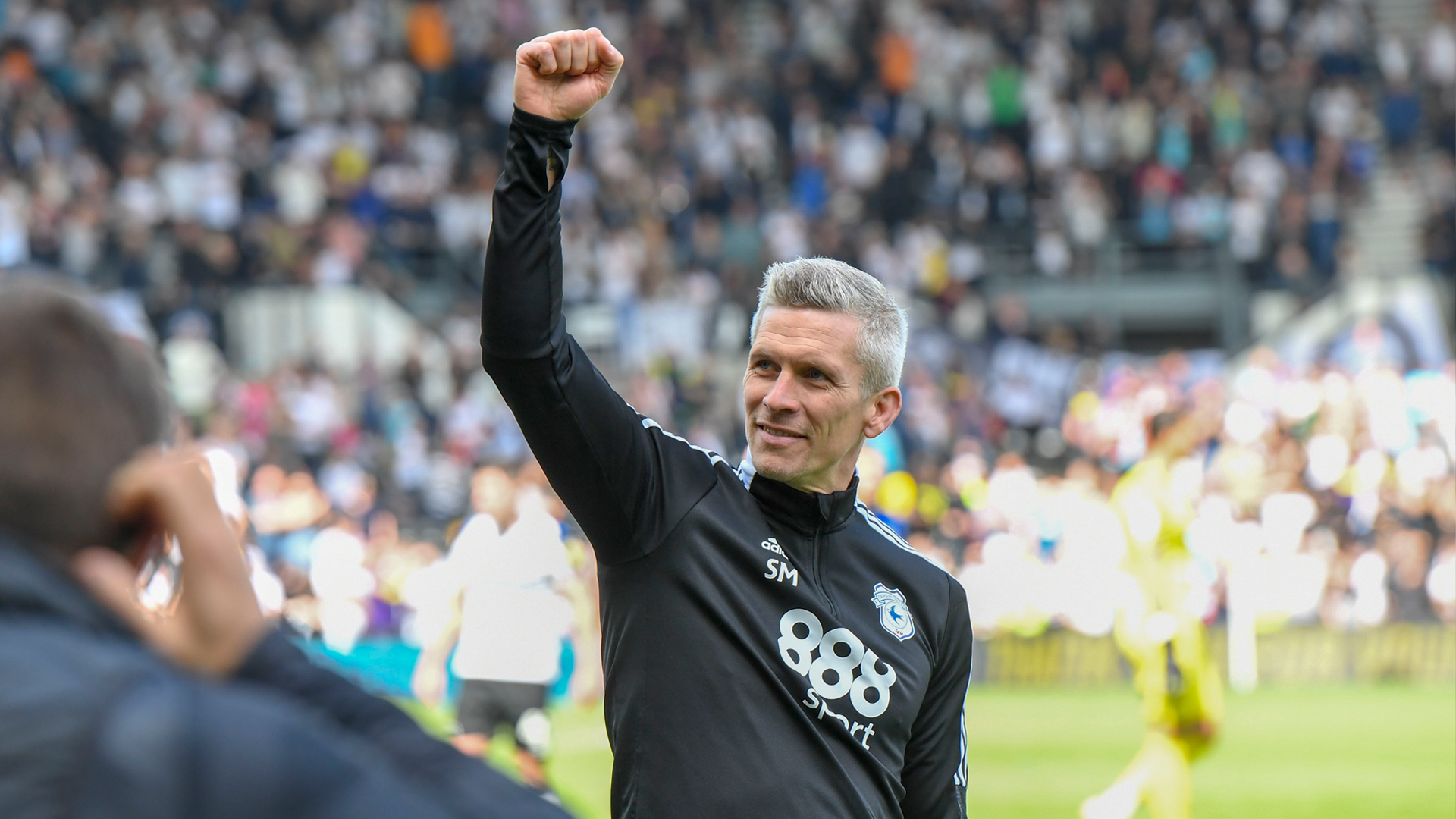 Steve Morison spoke to the press at Pride Park following the Bluebirds’ win over Derby County on the final day of the 2021/22 season.

“The lads were excellent,” began Steve following the final whistle. “It was a makeshift team and we knew Derby would have a lot of the ball, they’re a really good team, they’ve done excellently.

“Very much like the game we had at our place, we set-up the same way, frustrated them in the first-half, didn’t give them many clear-cut chances and knew we could grow into the game.

“I picked a team that allowed us to make positive changes to win the match when needed, made a change at half-time to change the shape, Ollie [Denham] had done excellently.”

Steve went on to describe the goal, highlighted the players’ passion, provided an update on Isaak Davies’ knock, and sent a message to the supporters.

“Eli showed great composure to pick that moment, Jordan ends his loan spell with a goal, and we earn three points, so it’s fantastic.

“The lads showed how much it meant to them to win; at the death Dillon [Phillips] saved the ball and everyone went to congratulate him because it means something.

“Isaak’s got a bit of a sore knee, so let’s hope it’s just a bang on his knee, fingers crossed. Ending our season with a win is really pleasing. My message to the fans is to be as excited as we are for next season.”