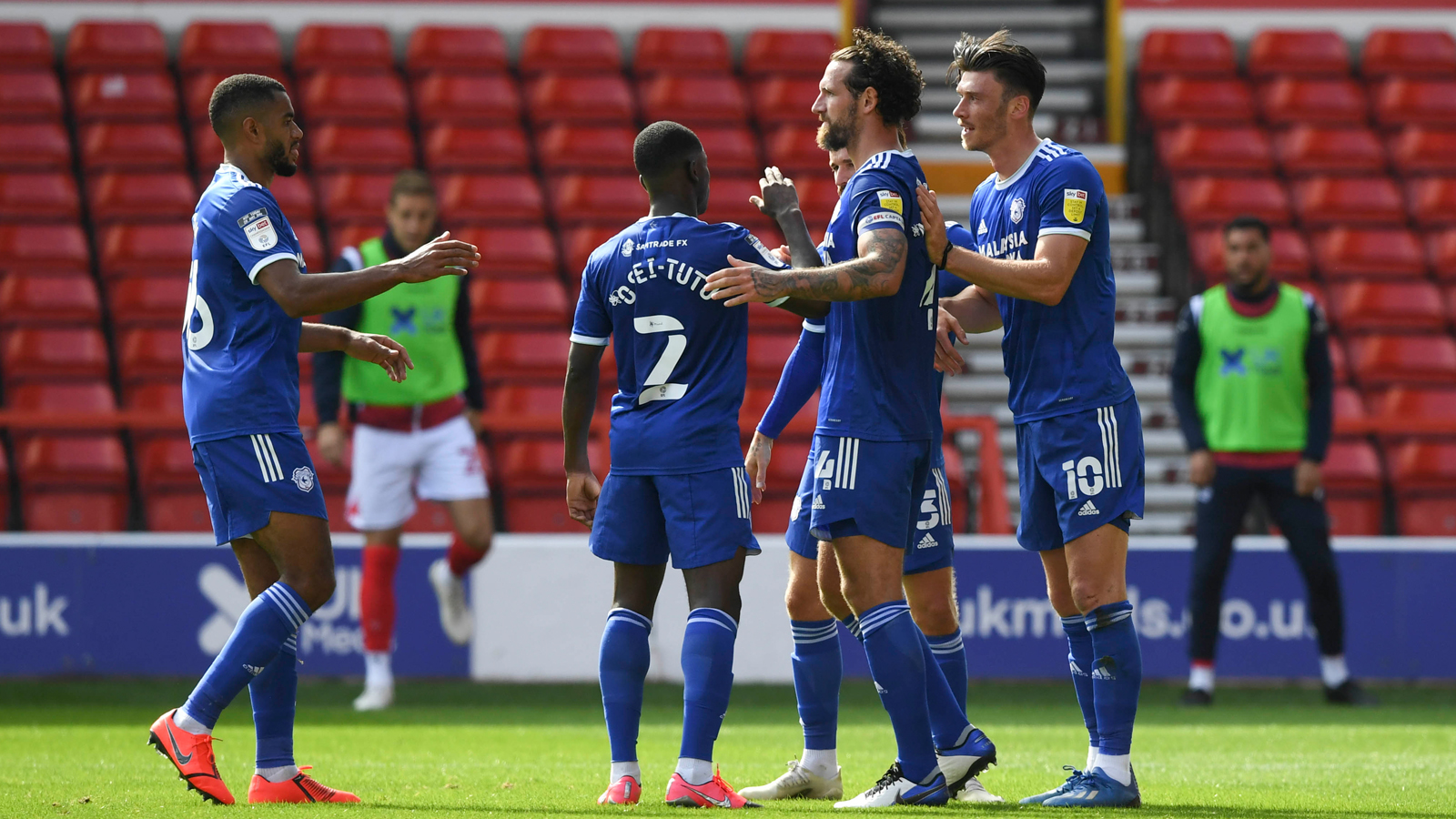 Morrison pre-Barnsley | We need to stick together

City captain Sean Morrison spoke virtually to the press and media this afternoon, ahead of Tuesday evening’s clash with Barnsley at Cardiff City Stadium.

As the Bluebirds look to return to winning ways, the skipper highlighted the importance of bouncing back with a run of good performances ahead of the international break.

“We’re disappointed with the start of the season, and we should have a higher points total.” Moz began. “But this is why we’re in the business, and we have to bounce back. We need to roll up our sleeves and show what Cardiff City teams are about, and that’s fight and desire. We need to put that right as soon as possible.

“We’ve been growing into games, but we need to start making better decisions on and off the ball, as a team and as individuals. We can’t give ourselves such a big task in games. As we all know in the Championship, it’s a tough league. It’s hard to break teams down once you go a goal behind.

"We need to start games better, and get back to the levels we were at when we came back from the restart last year: hard to beat, solid, and clinical at the other end.”

Moz spoke about the impact of playing so many games in a short period, as the squad prepares for two important home matches to conclude an intense block of fixtures.

“We’re in a position this season which we’ve never been in before, in terms of things finishing for three or four months last year, having a short space of time to finish the season and then an extremely short summer break.

"I’m sure it has its part to play for everyone, in terms of fatigue. It’s still early on in the season, but having a good start can go a long way.”

He added, “We’ve not quite been at the races in certain games. That was evident to see in the first half against QPR. We were second to most things, and we weren’t winning our first battles. We left ourselves a mountain to climb in the second half, which we almost did.

"We gave it our best shot, and I think we were unfortunate in the end to concede that last goal.”

Now enjoying his fifth season as captain of Cardiff City, Sean concluded by explaining how he and the lads continue to motivate themselves and each other, particularly during testing spells during the campaign.

“I like to try and show my leadership skills by how I train every day, and how I get out onto the pitch and always try to play to the best of my abilities.

"Sometimes you have to put your arm around the younger lads and show them the way, and we have a good bunch of leaders in the group.”

Moz finished, “Sometimes you need to sit down as a group and discuss things, and try to voice opinions to find a reason why performances haven’t been good enough. We become professional footballers to win games and win promotions. We’re in this together, we need to stick together and find the right puzzle pieces to start picking up points.”