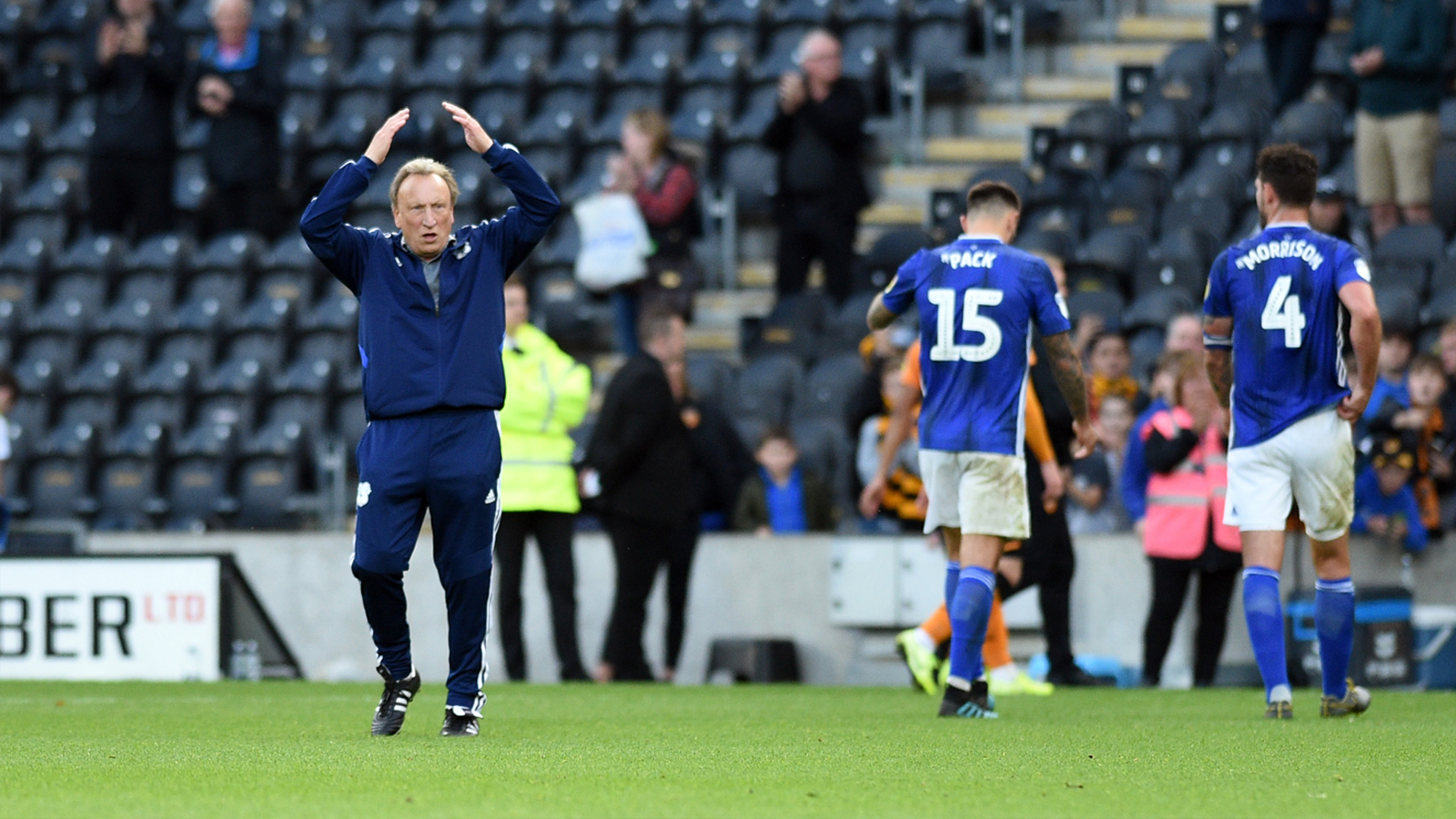 An injury-time equaliser from Danny Ward secured a point for the Bluebirds against Hull City, after it looked as though the Tigers had stolen victory with a late goal of their own.

“I’ve never been so disappointed having scored a late equaliser, if I’m honest.”, the Gaffer began. “I thought we should have been out of sight in the first half, comfortably, and then we are scrapping for an equaliser.

“I thought we played some good football in the first half. I thought we had the beating of them with the wide players, and around the box. I was quite pleased with how the lads went today, just disappointed with the result. But, it shows that the lads have got character in the way they come back.”

Both goals for the Bluebirds came from strikers, with Robert Glatzel joining Ward on the scoresheet. Warnock was full of praise for the duo, pleased to see his forwards on target.

“We’ve been working hard in training," he said. "I watched Robert’s run from the edge of the box for his goal, it was a fabulous run.

“Then we chucked the kitchen sink at it, and it was nice to see Danny come on and get a goal.”

Marlon Pack returned to the City midfield against Hull, and the Gaffer was also satisfied with performances across the midfield.

“It was good to have Marlon back today," explained the City boss. "I think we’re a different side when he plays; he makes us play more. I didn’t want him to play more than 70 minutes, but he insisted he was alright.”

“It was a great ball from Marlon to Bacuna and a lovely cross for the first goal. Leandro was my Man of the Match again today; he’s been outstanding for the last few weeks.”

Neil concluded with a look forward to our upcoming fixtures, with tests against QPR and West Brom coming in the next seven days, adding: “We’ve gone six games undefeated now, and when you want to go somewhere in this division you have to start on a run like that. It’s a long season, we’ve had some difficult games, and now we’ve got two more until we get a fortnight off.”