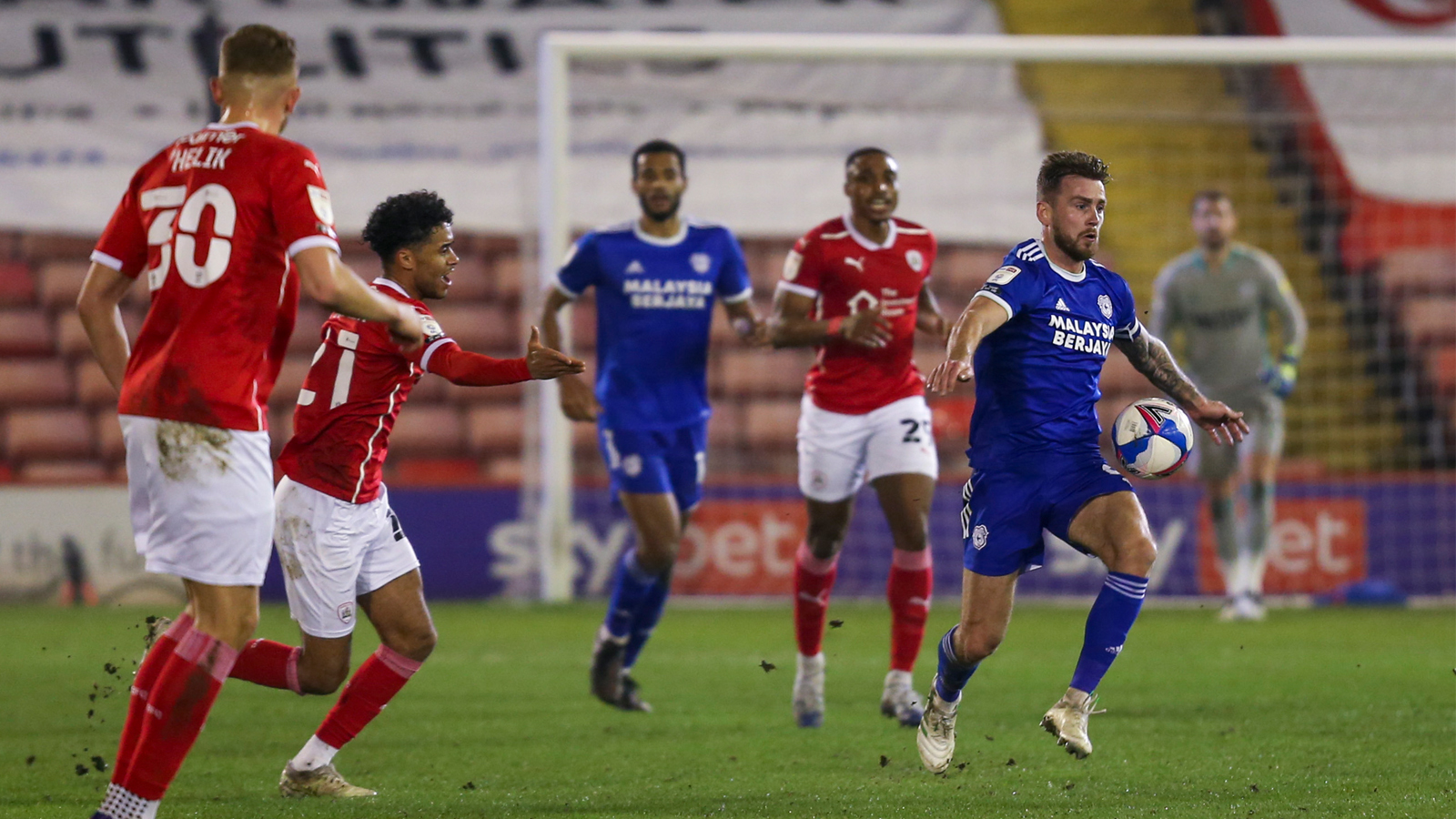 Ralls post-Barnsley | Something to build on

The Bluebirds, playing under Mick McCarthy for the first time, came back from being two goals down against the Tykes to secure a point at Oakwell.

"We needed to get a point on the board," Joe began. "It was important to stop that losing run. Not just that, but to get back in the game like we did after going two goals down showed really good character from the boys.

"Barnsley is always a tough place to go, and I feel it was a good point that gives us something to build on going into our next games.

"It was important that we got off to a good start by coming back like we did, it showed our strengths and we looked more likely of the two teams to go on to grab another goal at the end."

With goals from Sheyi Ojo and Kieffer Moore securing the well-earned point away from home, Joe praised his teammates for their tenacity in front of goal, as well as the team's efforts in training under the new manager.

He continued: "It's great to see our attacking players in amongst the goals, and it will do Kieffer a world of good after having a bit of time off with his injury. There are lots of positives in that department, and I was happy for Sheyi to get his goal too.

"It's always encouraging seeing our forwards looking lively when they're introduced, and it's good for us as a team going forward.

"Everybody needed a bit of a confidence boost and a new manager coming in seems to have done that, so hopefully that will only help some more as we carry on.

"We trained at a really high intensity in the week leading up to the Barnsley match, it was tough but very enjoyable. When a new manager comes in it's always high intensity stuff in training, but it helped going on to face Barnsley. They're a side that pile on the pressure at every opportunity, and I think that we'd prepared well for it."

Concluding, Rallsy spoke of the preparations that are already underway for City's next fixture, as the Bluebirds welcome Millwall to CCS on Saturday afternoon.

"We won't have as much time to prepare before we go again on Saturday. A lot of the boys who played a lot of minutes will be resting and recovering in preparation for the match. Hopefully we can follow up on Saturday at home against Millwall."