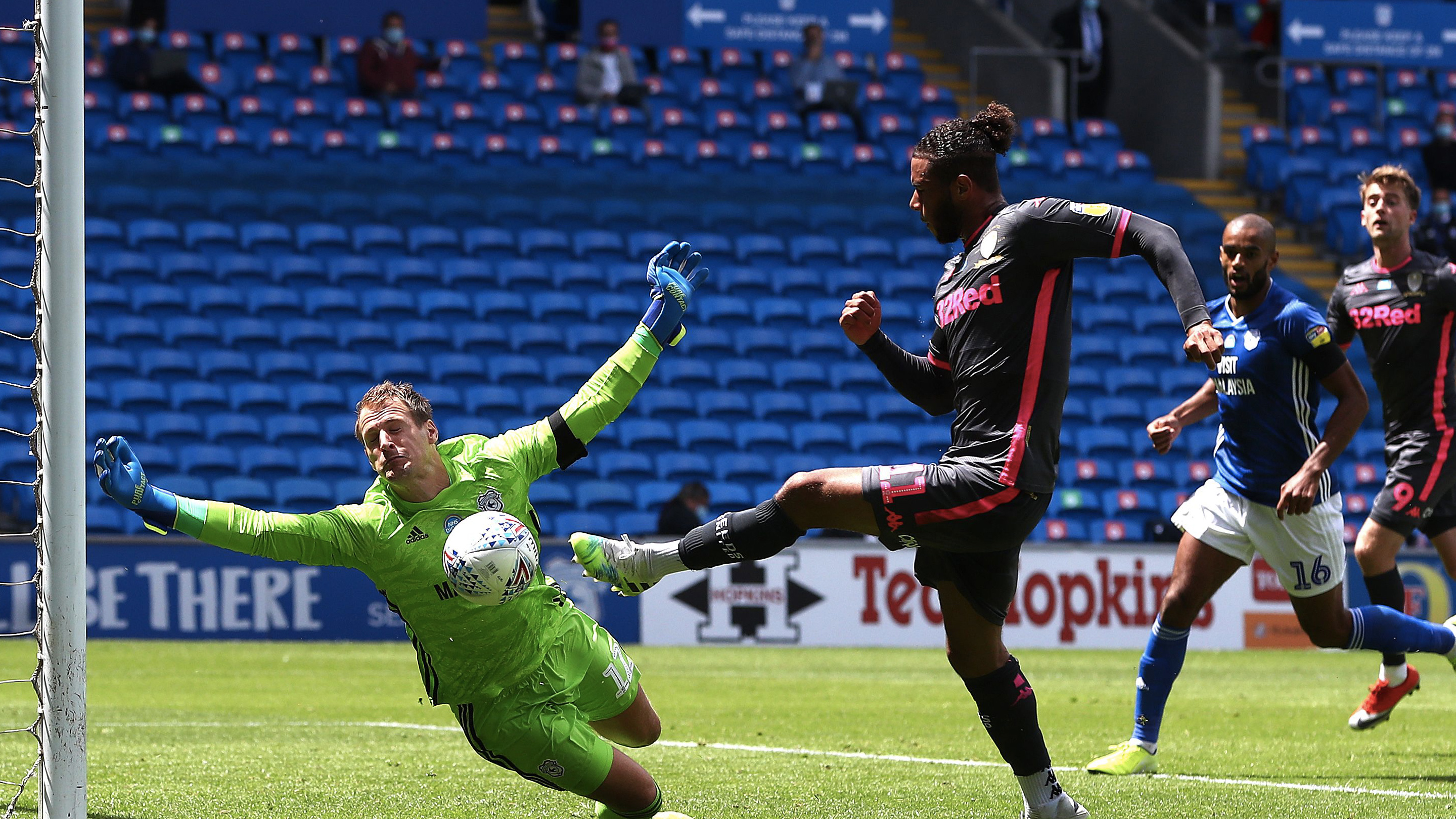 Smithies | Let's throw everything at it

Alex Smithies spoke to the press and media via video link from CCS following the Bluebirds' 2-0 victory over Leeds United.

Having kept a clean sheet upon City's return to action the City 'keeper was delighted with a statement result against the Whites.

"It was a massive result for us," he began. "The Gaffer spoke to us about sending out a statement to the teams around us, in and around the Play-Offs. We want to be a part of that.

"We had a couple of good results before the break and wanted to come back strong. Everyone's been working so hard on the training pitch and in their homes – running in the streets and out in fields. All that effort has come to fruition today."

While the remainder of the season will be played behind closed doors, the 30-year-old stopper went on to explain that motivation is no issue for him or his teammates.

"Obviously, without the fans it's quite different; we've had to create our own atmosphere in the dressing room and show that fight, without the help of the supporters," he said.

"Now, for this little period of four and a half weeks, let's throw everything at it. Why can't we get into those Play-Off places and fight for a place in the Premier League?

"The players certainly want to do that, and we did today, putting bodies on the line. We'll see where that gets us."

Smithies made a sensational stop just minutes before the Bluebirds' second and finished by reflecting on its impact on the result.

"I'd seen how hard the lads were running, putting their bodies on the line," he added. "That was my opportunity to pay them back and do the same.

"Thankfully it smashed me in the chest and I managed to keep it out."