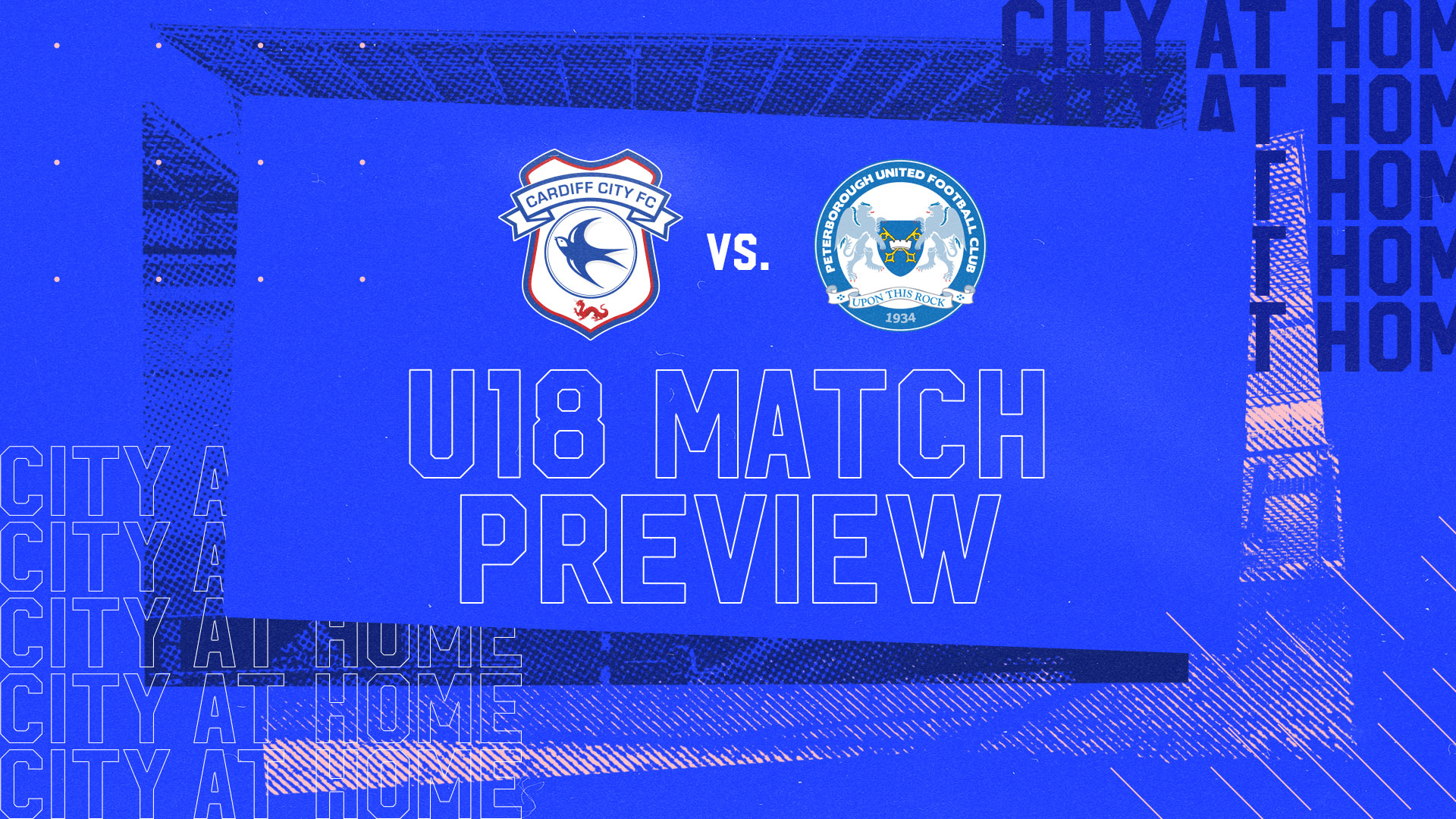 City's U18 side host Peterborough United U18 in their first home game of the 2021/22 Professional Development League campaign at Cardiff International Sports Stadium on Saturday, August 21st, 2021.

Please note: This fixture will not be open to the public, only squad family members.

The Bluebirds will be aiming to bounce back from a narrow loss at Hull City U18 on the opening day, which Morgan Wigley and Caleb Hughes netted in.

There were also appearances for U16 players Dylan Lawlor, Cole Fleming and Charlie Crew at Bishop Burton College, with the inclusion of more a possibility against the Posh.

U18 Coach Matthew Bloxham reflected on what was a positive performance for the majority in Yorkshire, before pointing towards taking the lessons learnt as City approach the second game of the season.

“The boys put in a really good performance for long periods at Hull,” began Matthew. “They’re upset because they probably didn’t get what they deserved, but it’s a lesson learnt and a performance they want to carry on into the Peterborough game – learning to be more ruthless in both boxes.

“It’s always great for the boys to play their first home game and they’re all looking forward to it: we want to be competitive and the best way to do that is to keep putting in positive performances, we know that if we control the performance the result should take care of itself.

“We’ve done our homework on Peterborough - they’re a well-coached, well-drilled team, we’re expecting a tough, physical game and it’ll be a challenge for our boys to step-up and compete, but we know if we play at the intensity we’re capable of our talent will be showcased. We’ll create opportunities to score and also look to dominate where we can.”

With many new faces in the U18 squad, Matthew concluded: “They’re gelling really well and it’s an exciting squad because we’ve got a lot of energy, a lot of young players who want to impress and they’re all looking at the progress made by players like Rubin Colwill and Tom Davies over the last two years - they all want to seize that opportunity, which has given them that added incentive to really want to take their chance.”

This game will kick-off at 1pm at Cardiff International Sports Stadium. Live updates can be followed on Twitter via @CF11Academy.