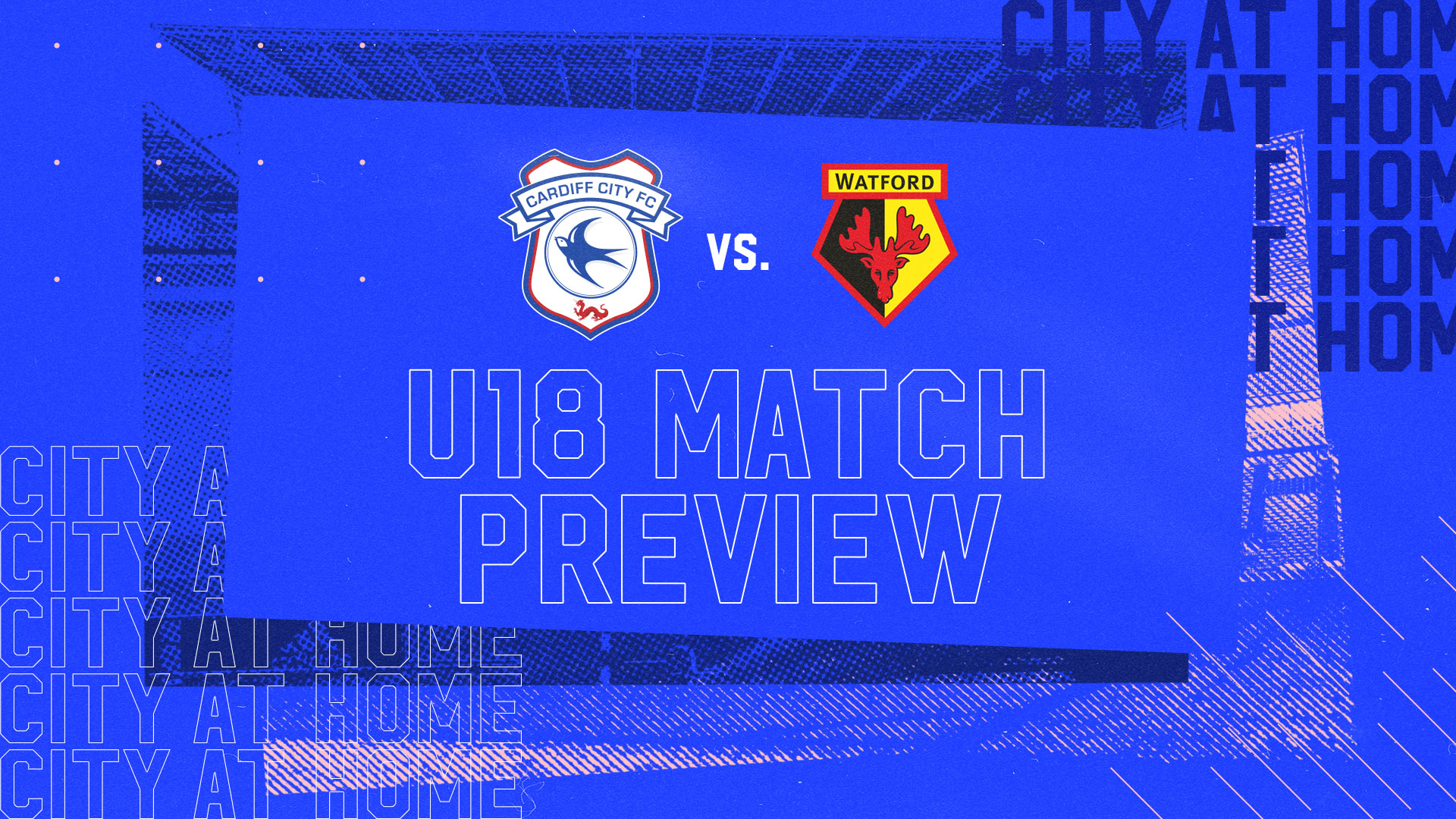 Cardiff City’s U18 side host Watford for the second time this week, with Professional Development League action at Cardiff International Sports Stadium on Saturday (11/12), with kick-off at 12pm.

The Bluebirds will aim to return to winning form, having taken a six-game winning run into the last PDL fixture against Millwall.

City currently sit third in U18 PDL Group South, seven points behind leaders Ipswich Town and will look to replicate their PDL Cup encounter with Watford, which ended in a 4-0 win.

Saturday’s home side have netted an impressive 23 goals from ten games in the U18 PDL so far this season, with an eye on adding to that against the Hornets.

Coach Dane Facey highlighted the importance of development opportunities for the squad from these fixtures, saying: “We obviously want the team to do well, but it’s also about ensuring we learn and develop individually. It was great for the U16 lads to get some experience of playing in the Youth Cup fixture and hopefully it benefits them on their journey through the pathway.

“It’s development football, so it’s about trying to learn from the experiences and then apply that learning in practice. There’s no better way to prove our abilities than by going out and putting in a better performance on Saturday.”