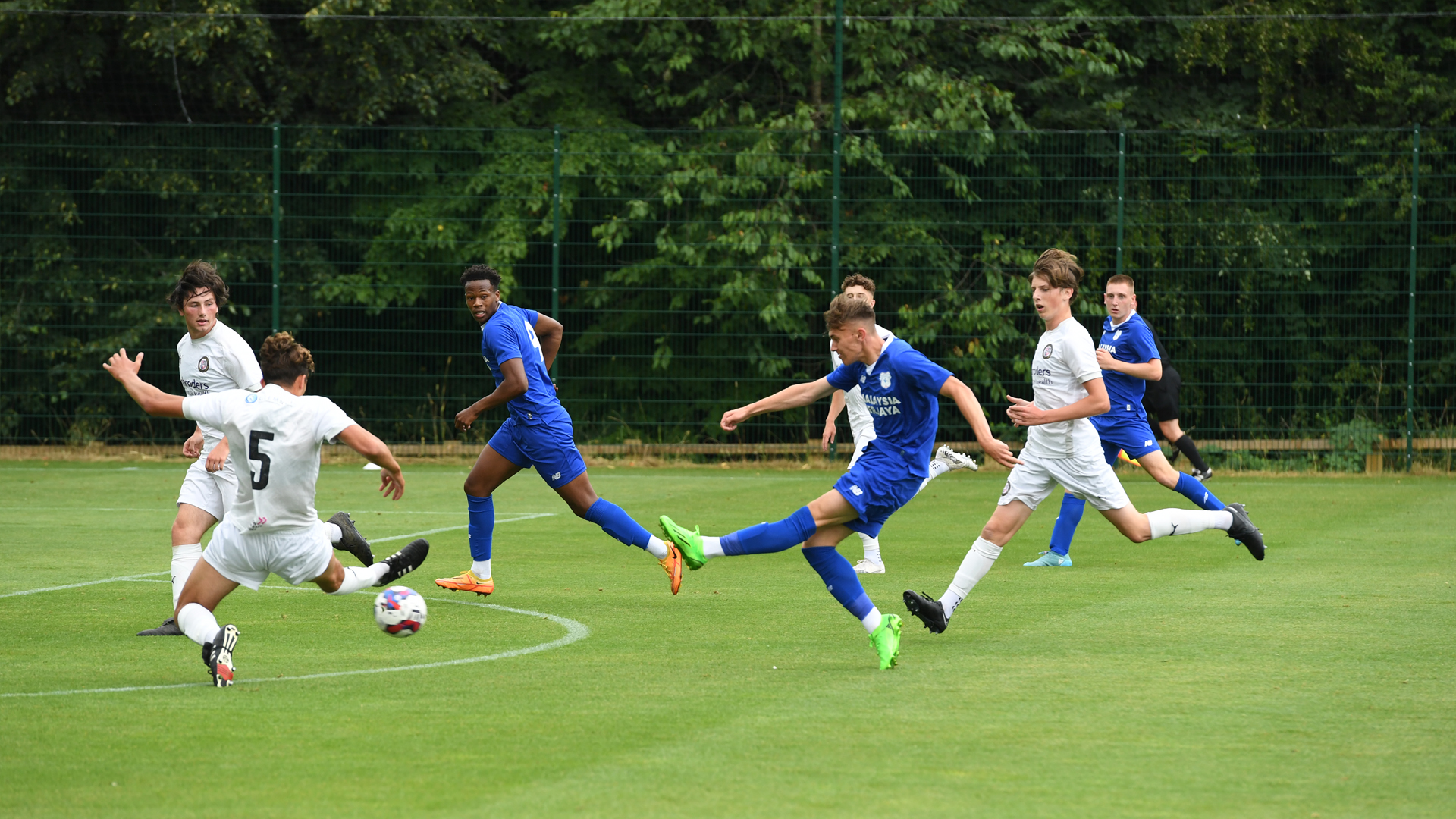 Cardiff City's U21 side convincingly defeated Bromley's U23 side at Leckwith on Wednesday afternoon.

Having gone behind early on against the Ravens, City were ahead by half-time thanks to goals by two Trialists as well as a third from Caleb Hughes. In the second half, seven unanswered goals were scored by the hosts, following plenty of changes made from the subs' bench throughout the encounter.

Following the interval, Tom Davies scored the first goal of the second half on the hour mark, as he rushed to convert from Trialist's shot which bounced off the left upright. Firing powerfully, the goals began to follow thick and fast for the remainder of the afternoon.

Less than two minutes later, Morgan Wigley struck from close distance to add City's fifth, before Joel Colwill scored his first of the match minutes after being introduced to proceedings.

Remaining in control of the flow of play throughout, City never gave up on attacking whenever the opportunity arose, and dominated possession and territory, with goals being just rewards from their efforts.

Fresh off the bench, James Crole scored his first with a well-placed shot, having first rounded the 'keeper quickly inside the area.

Both Colwill and Crole bagged their respective braces for goals number eight and nine, with the former netting inside the area. Wigley played a large part in Crole's second, squaring the ball unselfishly inside the area for the striker to smash home.

Being the only City player to feature for the full 90, Siya Ligendza was awarded a penalty-kick with a few minutes remaining, having been fouled inside the opposition's area. Stepping up to take the penalty himself, the forward made no mistake from 12 yards and scored the Bluebirds' final goal of the afternoon with a well-placed strike into the right-hand corner of the net.

"It was a good, confidence-building performance from the boys," began Darren. "I thought in the first 20 minutes that they gave us a game, and got the early goal, which I was really disappointed about conceding.

"I think that we've got to be more ruthless defensively, and we've not quite got that mentality at the moment.

"Some of the forward play was excellent; we moved the ball well and learned from the mistakes of Friday night where we tried to force things a bit. You can't not be happy with a performance like that which we had today.

"We've had players who've been involved with the First Team this pre-season, and now it's about their reactions to returning to play at this level, and work as hard as they can on their individual development, and then hopefully they'll be called upon again to be in with the First Team.

"We want the players to be ready should they need to step in. We've proved over the last year or two that the Academy has produced good players, and we've got to keep progressing knowing that we have a Manager who likes to turn to use youth in the team. It's the Club's ethos, and we're all buying into it."