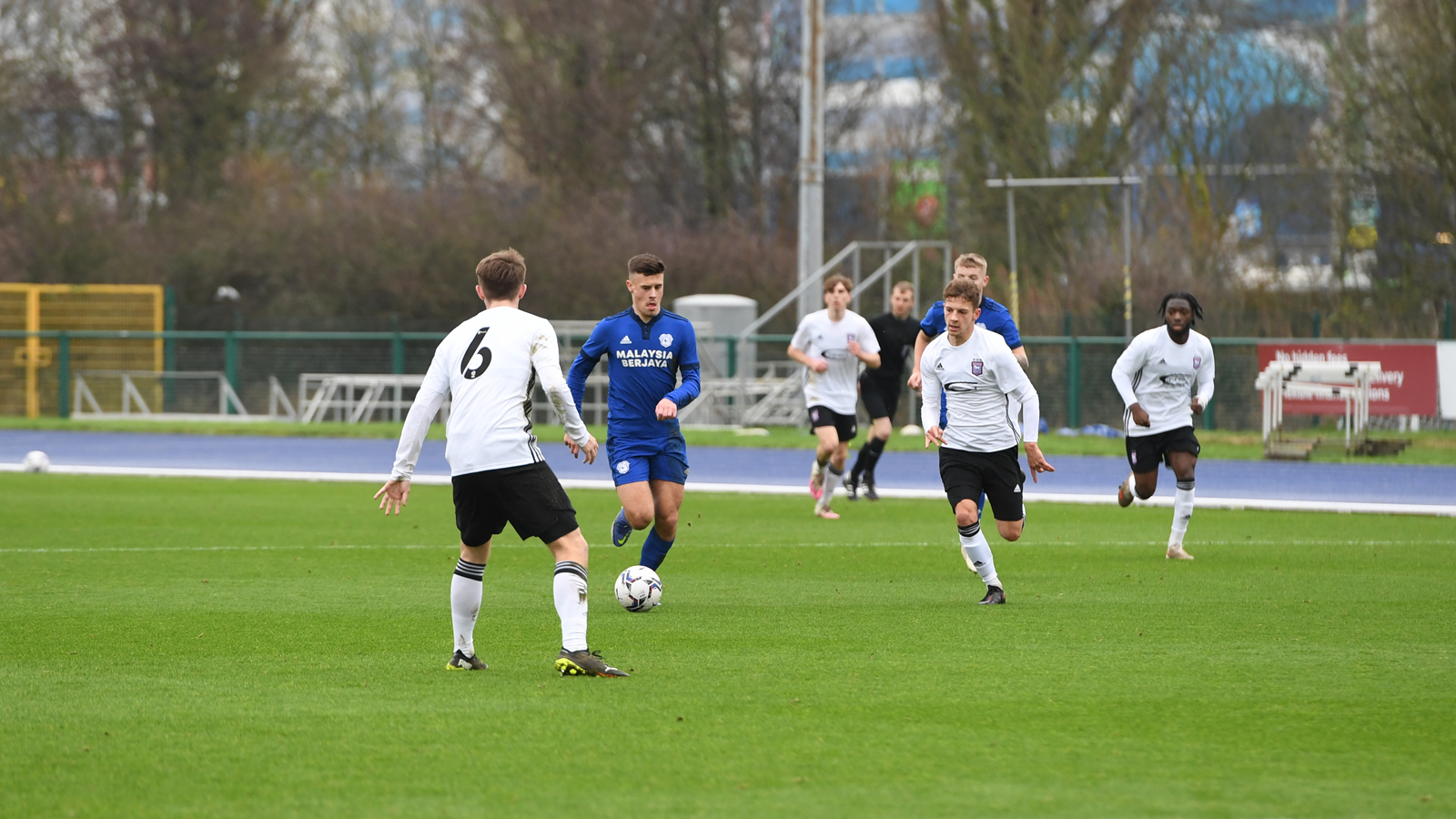 Cardiff City’s U23 side fell to a 2-0 defeat against QPR in Leckwith on Tuesday afternoon.

Under pressure from the visitors throughout much of the opening passages of play, City did well to stand up to the physical challenge posed by their opponents.  Goalkeeper Rohan Luthra did well when first called upon in the 6th minute of play, tipping a dangerous curled shot over the bar.

City's first chance of the encounter came a few minutes later, when Sam Bowen's incisive long pass was met by Jack Leahy at the edge of the area, with only a last-ditch tackle denied Leahy his opportunity to shoot on goal.

Following more attacks from the visitors, who pressed towards the City area whenever given the opportunity, City conceded late in the first half, as Hamzad Argbo headed in at the far post from a free-kick.

An equaliser for the Bluebirds very nearly followed before the interval, as Joel Colwill received the ball near the opposition goal line and crossed towards the waiting Ashford.

Striking well, Cian's shot demanded a good save from 'keeper Harry Halwax, who managed to tip the effort over the bar for a City corner-kick.

Following the interval, City set about looking for a quick equaliser, with Jai Semenyo's shot from the edge of the area being saved.

Following a scramble inside the area, with less than 15 minutes remaining the visitors doubled their lead, as Joe Gubbins poked home from close range.

In the final few minutes, the Bluebirds came close to finding a consolation goal, as Colwill's header flew just wide from.

"We're disappointed with the result, of course," began Darren. "It's hard to lose games, especially when  you look at the run of fixtures from the last few months beforehand.

"If you look at the situation as a whole you can see that we have a lot of U23 players - such as Oliver Denham and Eli King - starting over the weekend for the First Team, which is obviously a big positive and an indication of the good work that's been going on around the Academy.

"As well as that, you've got two U16 players on the pitch, so from a development point of view it's showing that there is a clear path at the Club.

"We've got boys putting in hard work for the badge, so it's about coaching them to improve on working smartly on the pitch, and getting them developed into being young footballers that have the capability to go on and play at a higher level."