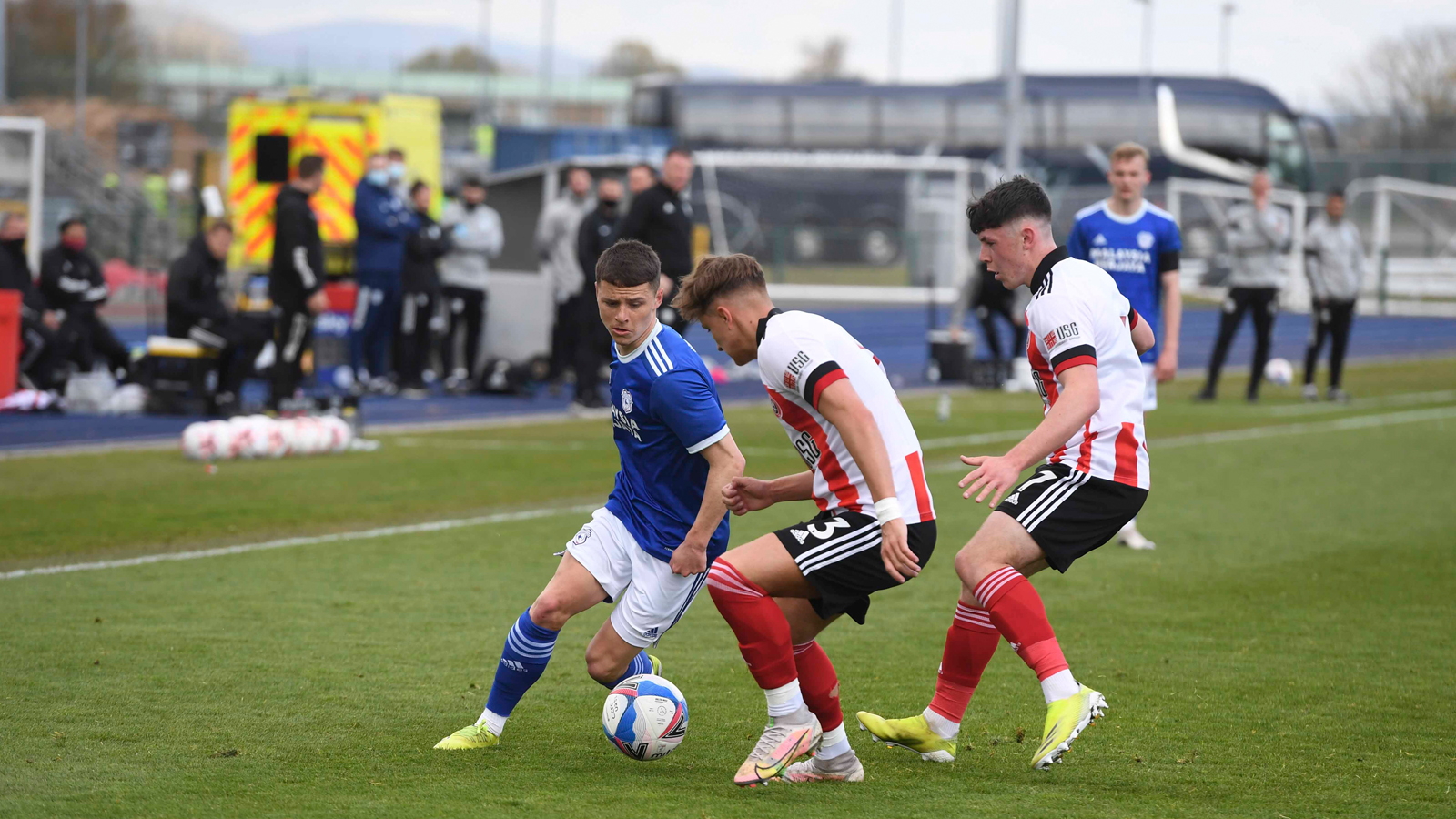 Two quickfire goals from the visitors proved the difference on Tuesday afternoon as the young Bluebirds were defeated by the Blades in Leckwith. 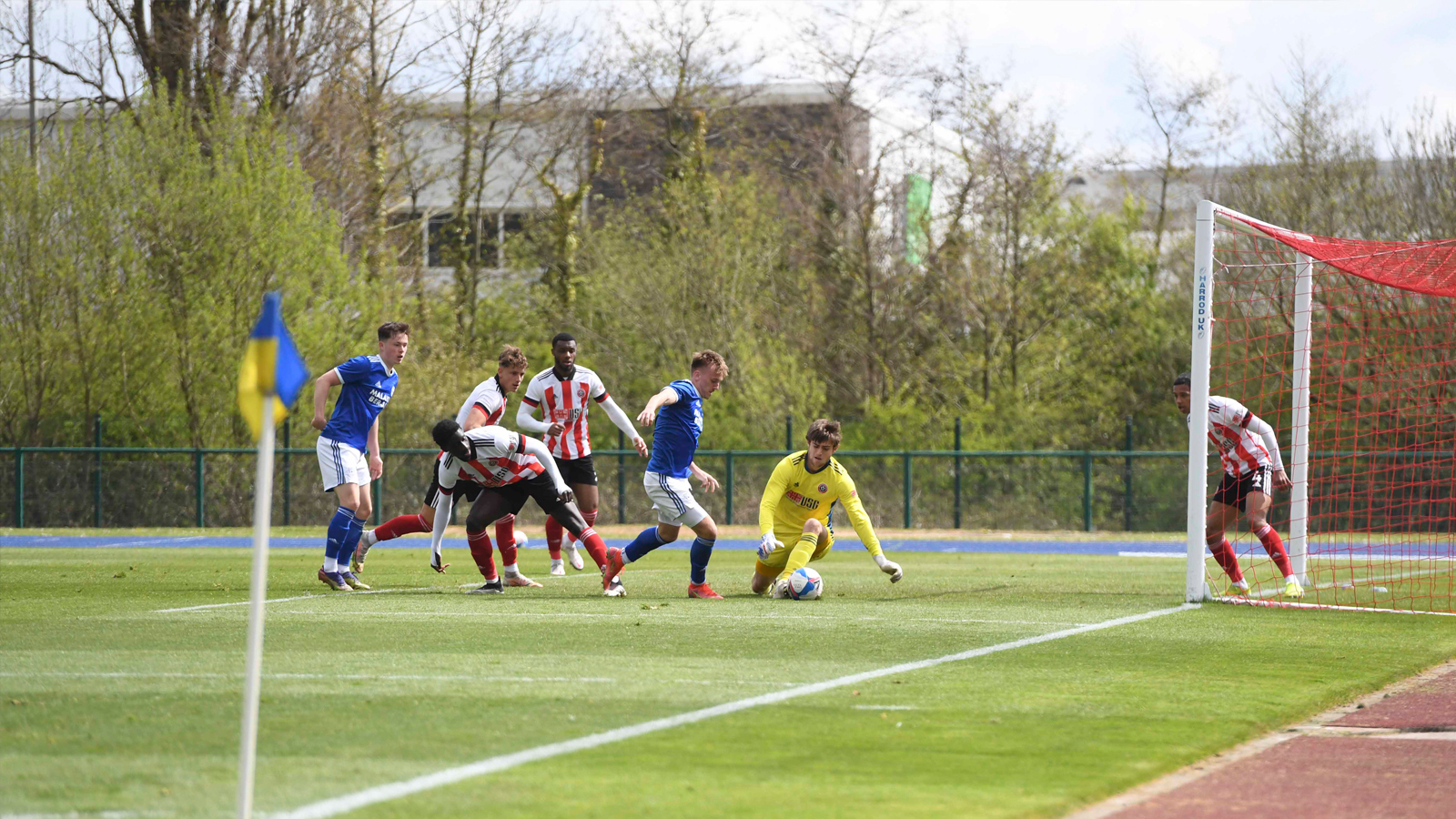 Settling in well throughout the earlier stages of the match, the hosts made several good chances for themselves while denying their opponents thanks to their effective pressing.

Sam Bowen created a lot from the middle of the park, working hard to win the ball before dispatching several inventive passes into space for Rubin Colwill and Kieron Evans to find further up the pitch.

Jack Bodenham had City's first big chance of the afternoon, when he headed across the face of goal from Evans' free-kick before the half-hour mark. Evans struck for goal from a better position minutes later, but his shot flew just over the bar.

Colwill demanded a great save from 'keeper Marcus Dewhurst before the half was out, forcing him to palm the ball over the crossbar from a tight angle.

Playing with confidence in attack, the Bluebirds were also effective in defence, limiting the Blades to a sole big chance in the opening 45 minutes. Winning a header inside City's area, Femi Seriki's effort hit the side netting at the near post.

Despite beginning the second half brightly, with Daniel Martin denied at close range early on, two quick-fire goals put the visitors in the lead, leaving City with a mountain to climb.

George Ratcliffe got fingertips onto Harry Boyes' shot from the edge of the area, but couldn't quite turn the effort around the post. Minutes later, Seriki finished well from close range, doubling the visitors' lead.

The Bluebirds continued to press in attack, with Isaak Davies spearheading several good chances for the hosts. With defender Sam Graham given his marching orders with little over 20 minutes remaining for a foul on Evans, City were only encouraged further to try to get onto the scoresheet.

Despite this, the visitors managed to hold on for the remainder, denying City their way back into a hard-fought contest. Following another spirited display on home turf in Leckwith, the young Bluebirds were defeated by a well-organised Sheffield United side.