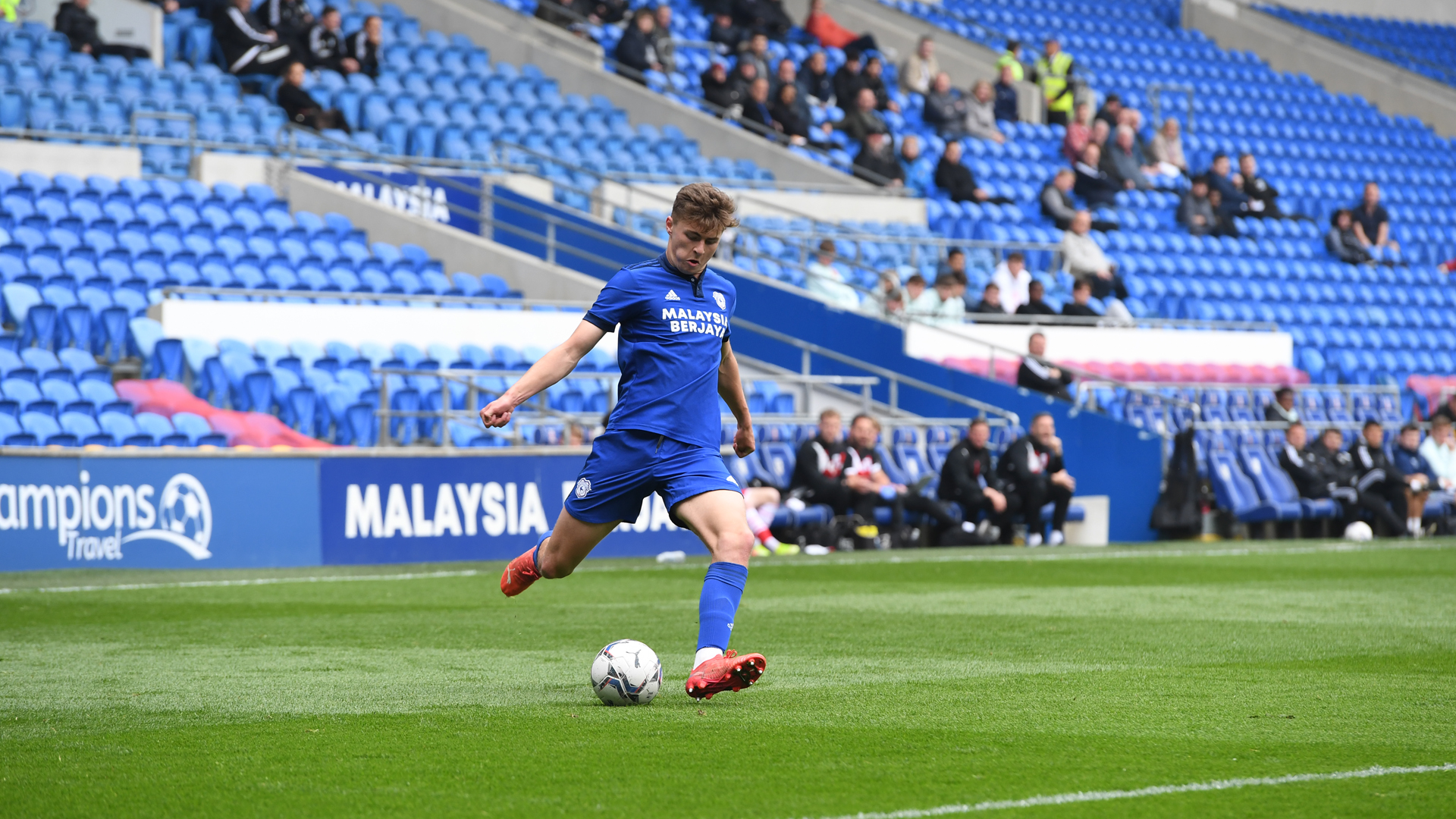 Cardiff City's U23 side finished their 2021/22 U23 PDL campaign with a 2-1 victory at Cardiff City Stadium on Tuesday afternoon.

Having conceded against the run of play in the second half, James Crole's quick equaliser was added to by substitute Cian Ashford's late strike to earn the hosts all three points.

City began proceedings in the ascendancy, as they pressed around every corner of the pitch to force the Railwaymen into conceding possession, before advancing with quick passing up the field.

Forward Crole came closest to putting City in the lead with several good chances throughout the first half, though 'keeper Sam Booth was on hand to deny his efforts.

The forward came closest to earning a lead for the hosts just before the half hour mark, as his shot from inside the area beat Booth and rolled goalwards. However, with not quite enough power on the effort, the ball was cleared off the line by a red shirt, denying City a deserved opener.

After the interval, the visitors looked dangerous on the ball, and countered the City press to threaten on goal. Tom Davies put in a crucial block at the edge of the area early on, with Crole also involved in defensive duties from set-pieces in the City area.

With just over 20 minutes remaining, the visitors took the lead through Sean Lawton, as he took advantage of an overlap to strike home inside the area.

The Bluebirds responded within five minutes, however, as Crole's neat finish beat Booth once again, this time with the ball flying in and over the goal line.

Taking a firm grasp on the flow of play thereafter, Ashford - who had come onto the pitch immediately following the opener - managed to net the winner thanks to quick thinking from teammates Taylor Jones and Joel Colwill, who put the substitute in a great position to fire home from the edge of the area.

With a final chance for the visitors, City's Trialist 'keeper made a big stop from close range late on, with City seeing out the remainder to secure three points.

"It was nice to finish the season with a couple of wins," began Darren. "The performance could've been better. When we pressed well and our energy levels were up we looked like a good side.

"There's still plenty to work on, but we're happy to get the win, really."

Goalscorer Cian Ashford added: "It was quite a tight game, with both teams having some chances and a lot of the ball at different times.

"There were good bits of play on display, and we had to dig deep for the two goals, coming from behind. Overall it was a good result."