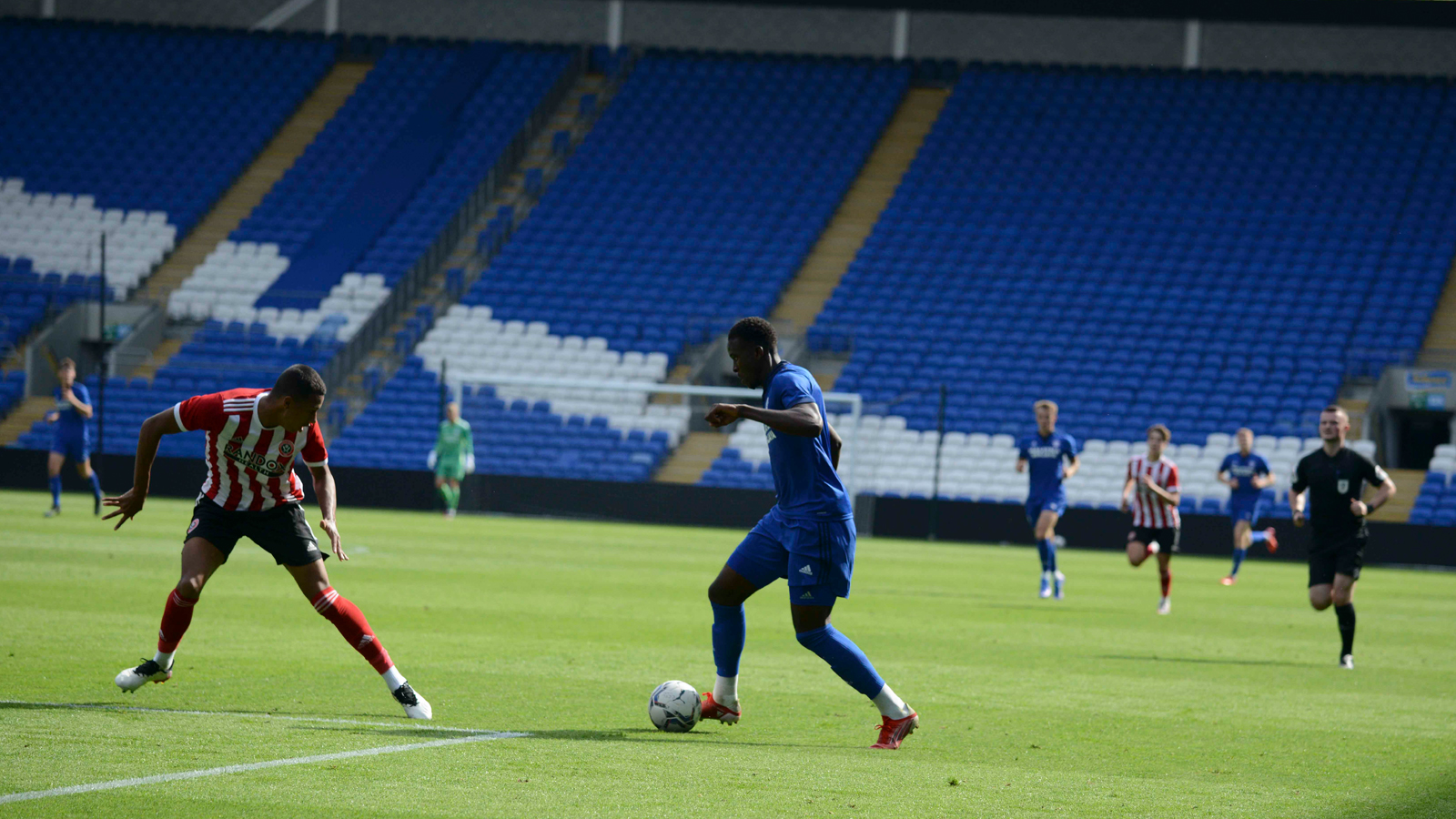 Cardiff City's U23 side defeated Ipswich Town on Tuesday afternoon, extending their winning start to the season to seven matches.

With U18 coaches Matthew Bloxham and Steve Jenkins leading the Bluebirds against the Tractor Boys, a strong staring lineup saw the return of Chanka Zimba, who would go on to score the winner for the visitors.

The hosts took the first chances of the match, with Rohan Luthra making a quick double save to deny both Louie Barry and Harley Curtis.

Taylor Jones took the lead for City with less than ten minutes of the opening half remaining, firing home at the back post from a low cross into the hosts' area.

Without many chances for either side other than the goal scored by Jones, in the second half Cameron Humphreys' directly-taken free-kick flew into the City net at a low angle.

Ipswich nearly took the lead with 20 minutes remaining, as Matt Healy was denied at close range by Luthra. Five minutes later, Chanka Zimba was on hand to put the Bluebirds ahead once more, continuing his good form for City that he's shown since the start of the campaign.

The hosts' last-ditch efforts for a second equaliser nearly bore fruit, but a goalmouth scramble resulted in the Bluebirds managing to clear well away under pressure. With the final whistle blown, City had won their seventh consecutive league match, ensuring that they still top the PDL South's table with 21 points earned.

Following the final whistle, Matthew Bloxham spoke to cardiffcityfc.co.uk to discuss the result:

"I think that we've shown a really good mentality to compete today," he began. "I think that their desire to work while out of possession and do so as a team was really effective, and I think that the energy they showed was the difference between the two sides.

"The willingness to work back to help out produced those moments that eventually led to us winning the game.

"We said after the game that there's a real competition within the squad now for places, even including the U18 players who are stepping up. What that does is keep everyone on their toes, and when they push themselves on like that it pays off."