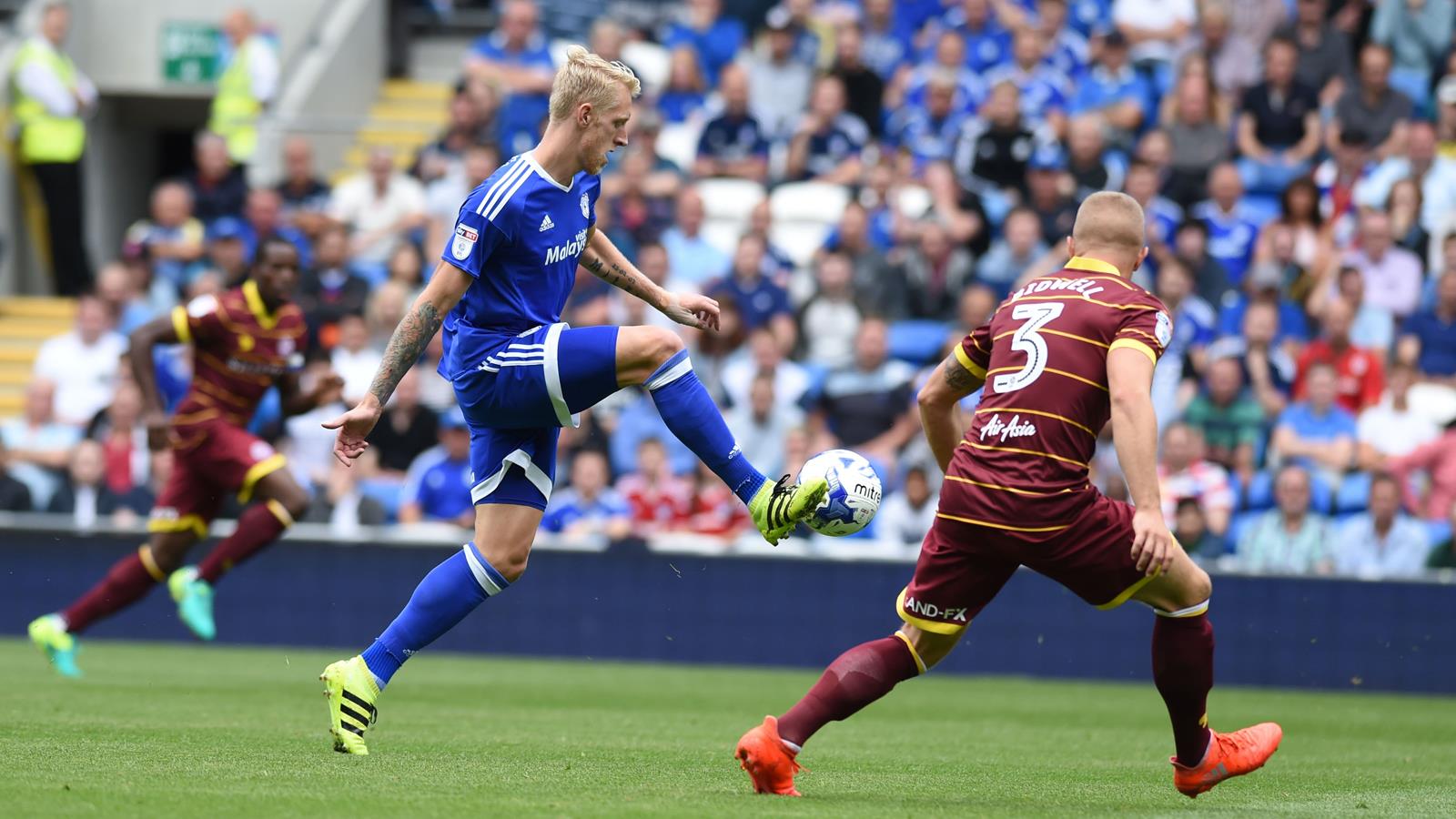 The Bluebirds fell to a 2-0 defeat to QPR in their first home match of the 2016/17 Sky Bet Championship campaign.

The game began in an even fashion with both teams looking to assert their dominance in the middle of the park. With nearly five minutes on the clock, QPR had the first chance of the game when Steven Caulker headed over from a corner kick. The Bluebirds responded immediately as Frédéric Gounongbe nodded the ball down to Anthony Pilkington who fired a powerful goal-bound effort that was deflected wide for a corner.

City were building up a head of steam now and both full backs, Declan John and Jazz Richards, fired threatening deliveries into the box. With Lex Immers pulling the strings, City were continuing to look dangerous, playing the ball around the QPR defence, trying to find that all important opening.

As the half progressed chances started to become at a premium with both teams looking solid at the back. With five minutes of the first period remaining, Pilkington looked to be through on goal but was adjudged to have been in an offside position. That was it for the first half as the teams left the field at the interval.

QPR started the second half strongly and came close to breaking the deadlock. Jordan Cousins broke down the right hand side and fizzed in a low delivery that replacement, Yeni Ngbakoto just failed to connect with. City settled after that early scare and Pilkington had another headed chance, but could not direct Declan John’s cross goal-wards.

The Bluebirds were turning the screw now and Pilkington fired in another low cross that Jake Bidwell had to clear from inside the six-yard box. City were keeping the ball well and patiently searching for the opening. Just after the hour mark, Gounongbe latched onto the ball on the edge of the box and the Benin striker turned well before seeing his shot blocked from a dangerous position.

The R’s were still looking threatening however and Caulker again got his head to a cross, this time from Ngbakoto, but once more the defender failed to find the target. The former City centre back had a further chance just minutes later, but could only smash his shot into the side-netting. Another chance for QPR arrived soon after but fortunately for City, Jordan Cousins was ruled offside when he ran through on goal.

The game was entering its final stages with both sides pushing for the winner. With around a quarter of an hour remaining, Rangers took their chance from a free kick in an attacking position. The ball was whipped in by Bidwell and Caulker rose highest to power his header past David Marshall to give his side the lead.

City looked to respond immediately, sending on Craig Noone for Jazz Richards and switching from their 5-3-2 formation to four at the back. QPR were still attacking though and with just over five minutes to play Bruno Manga brought down striker, Sebastien Polter, in the City penalty area to give Rangers the chance to double their advantage from the spot. Tjaronn Chery made no mistake, lashing the ball into the top corner to make it 2-0 to QPR.

City continued to put QPR under pressure but were unable to fashion further chances to get themselves back into the contest and the match finished 2-0 to the visitors.