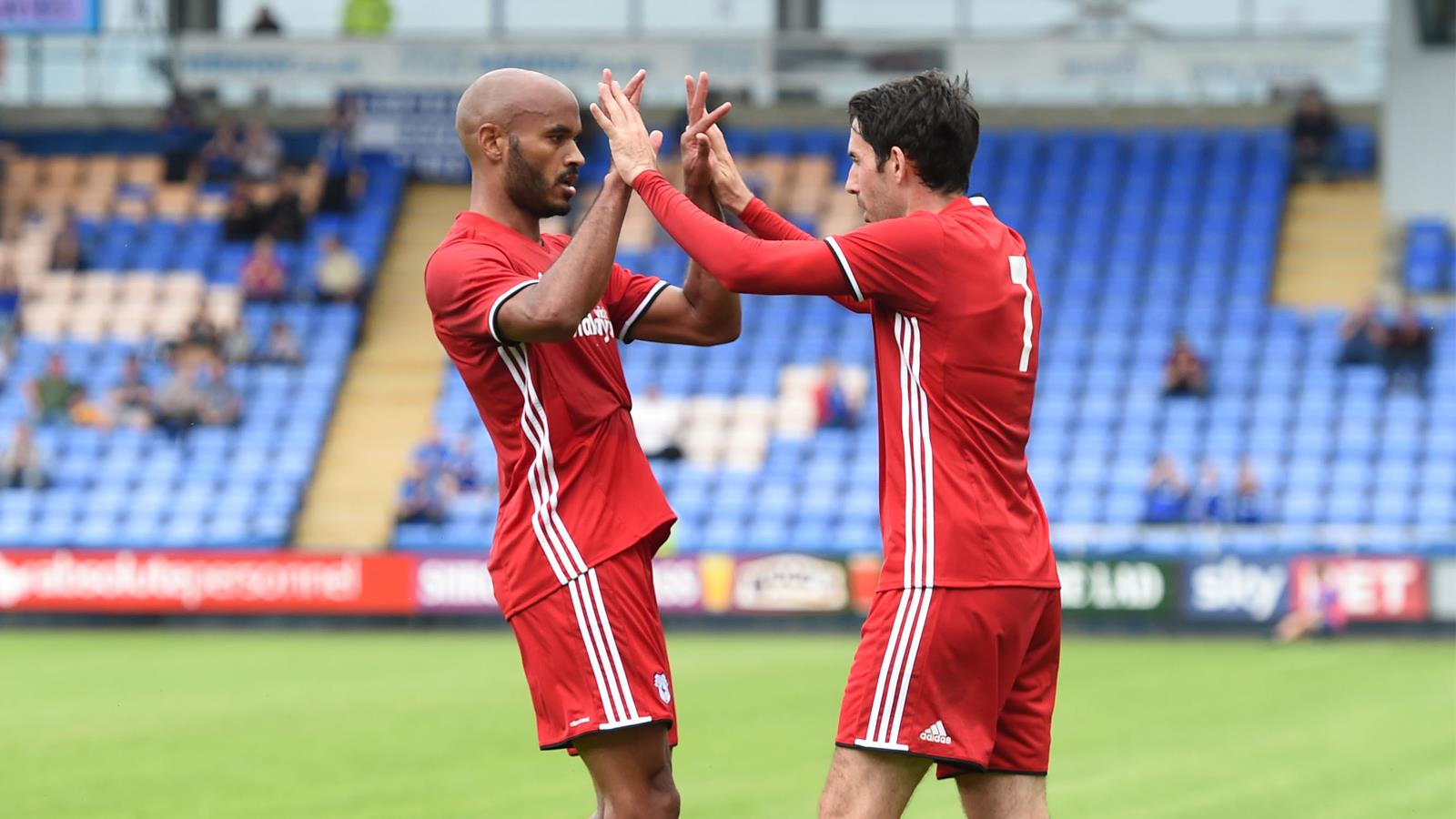 Cardiff City enjoyed a perfect pre-season afternoon at Greenhous Meadow as they ran out 4-0 winners over League One's Shrewsbury Town.

In Paul Trollope's first match in charge of the Bluebirds, City lined up in a 3-5-2 formation that brought them plenty of joy in the opening forty-five minutes.

The Bluebirds slotted effortlessly into the new set-up and looked composed across the pitch, as Anthony Pilkington broke the deadlock on twenty-six minutes - cutting in from the right to curl a superb effort into the top corner.

Despite a handful of Shrews breakthroughs, the Bluebirds maintained their dominance up to the break, and added a second when Frédéric Gounongbe nodded home from a Peter Whittingham corner on his Cardiff City début.

In the second half, the Bluebirds made a raft of changes on the sixtieth minute - as scheduled before the match. However, the changes did nothing to disrupt City's flow, as they added a further two goals before the full-time whistle.

The first of those came when Theo Wharton's quick feet earned a Bluebirds free-kick twenty-five yards out. Craig Noone, wearing the captain's armband, swung the ball in, and as Tom James rose to meet it, the ball appeared to go in off a Shrewsbury Town head.

Finally, City completed the scoring as lone striker Kenneth Zohore capitalised on a blunder from substitute 'keeper Callum Brown. The Danish striker stole the ball and tapped the ball into an empty net in the seventy-second minute - rounding off an extremely enjoyable afternoon for the Bluebirds.