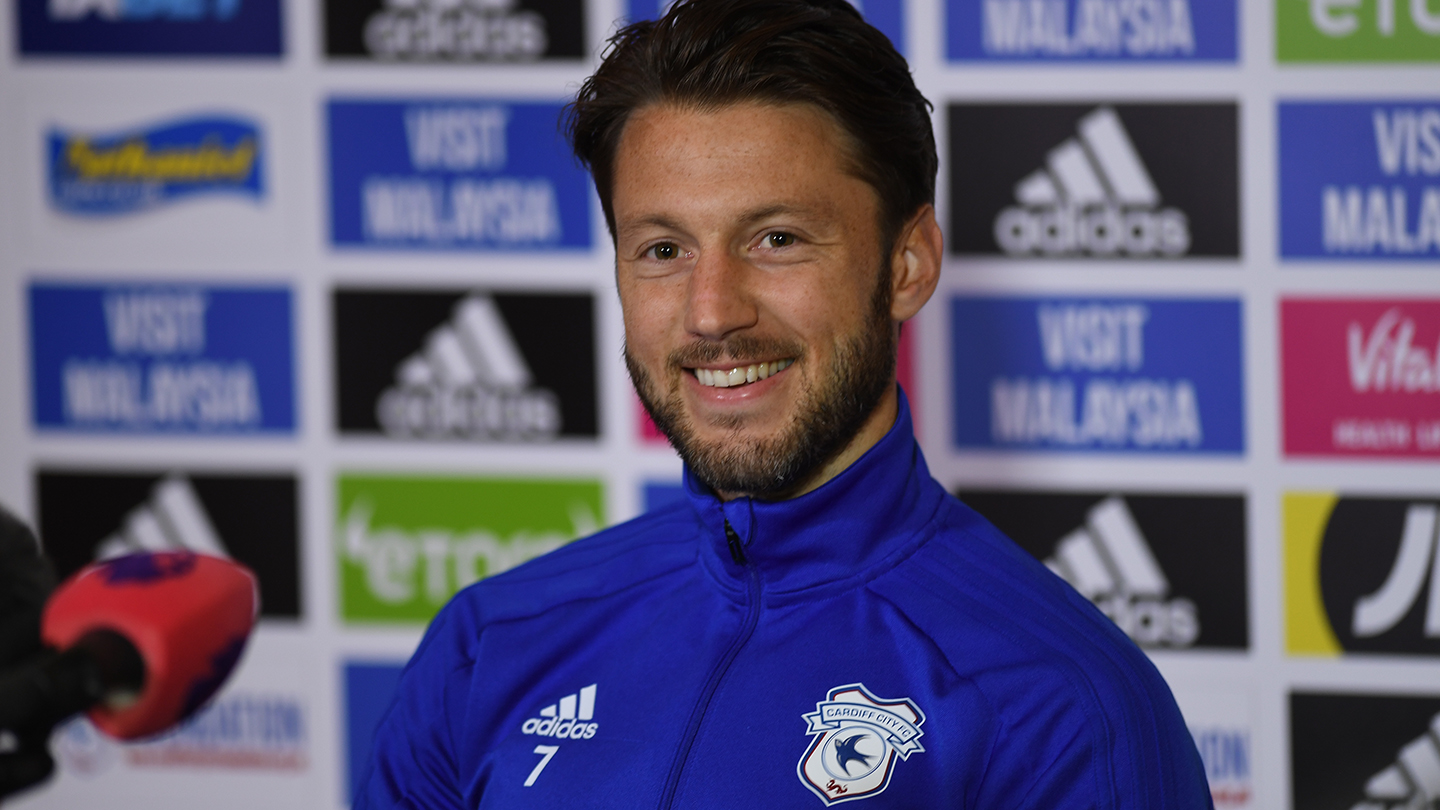 Arter: I'm proud to play in front of our fans

Harry After was on press conference duties at the Vale Resort on Friday morning, ahead of City’s weekend trip to Huddersfield Town.

The midfielder began by previewing Saturday’s game, explaining what he expects from the match-up with the Terriers.

“They deserve a lot of credit for the way they stayed up last year,” he said. “And they used the same bulk of players that got them into the Premier League.

“I know it’s going to be such a tough test on Saturday, but that’s something that we’re all ready for and looking forward to.

“I’ve always said the first point in the Premier League is the toughest one to get. Now we’re on the board, we’ve got something to work on, something to build on, and that starts on Saturday.”

The Bluebirds’ no. 7 then touched upon his relationship with Neil Warnock, who brought him to South Wales on deadline day of the summer transfer window.

“He’s such a great guy,” said Harry. “He’s someone you feel that you’d run through brick walls for.

“He’s very honest in his assessment of the players and that’s what you look for in a manager.

“I’ve really enjoyed the few weeks that I’ve worked with him, and hopefully I can do what he asks of me.”

Finally, Harry explained how both the City squad and the supporters have helped him to settle into life in the Welsh capital - and how important the role of those fans will be this term.

“The lads are a great bunch here and they don’t make you feel like the new lad at all," added the midfielder. "You almost feel like you’ve been here for a long time.

“The atmosphere last Saturday was fantastic - it was a great buzz. I was very proud to play in front our fans.

“I touched upon it when I first joined in an interview with the programme - the crowd will be massive for us and the effect they can have on the team is huge.

“I’m sure they’ll be with us all season as long as we’re working hard every game.”