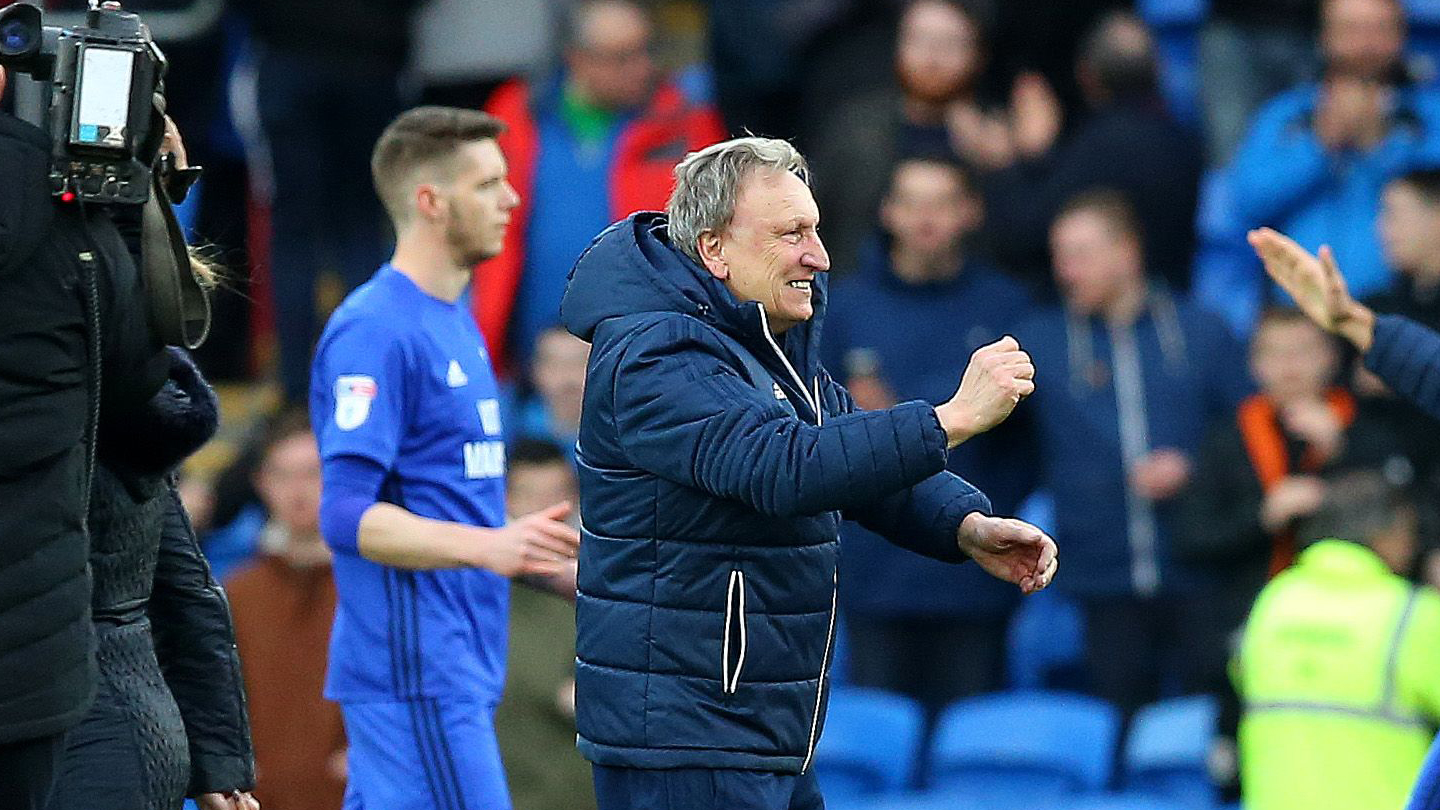 “That’s as good as it gets really,” began Neil. “Middlesbrough have got some good players, and I think we restricted them to one shot (on target) in the whole game.

“We had to defend the long throws as best we could, and I think we did that well.

“We could have scored more, and had some good chances that we couldn’t quite make count.

“Although, when you don’t take your chances, you’ve got to defend well, and we defended with our lives late on.

“That’s 14 clean sheets now I think, and it takes 16 to get in the play-offs, so we’re delighted with that.”

The Gaffer proceeded to praise Neil Etheridge’s performance, and gave an update on players returning from injury.

“I thought Neil caught some great crosses at times. He didn’t have a lot to do, but his concentration levels were very good.

“I think we can get better, as we’ve got some players coming back now.

“Craig Bryson, Kadeem Harris, and Matthew Connolly all played for the U23 side the other day and they’re all coming into contention now.

“It’s important that I can change a few players in different positions to give them a breather, because the run-in is solid with 14 games to go.

“We’re in a good place at the moment, and long may it continue.”