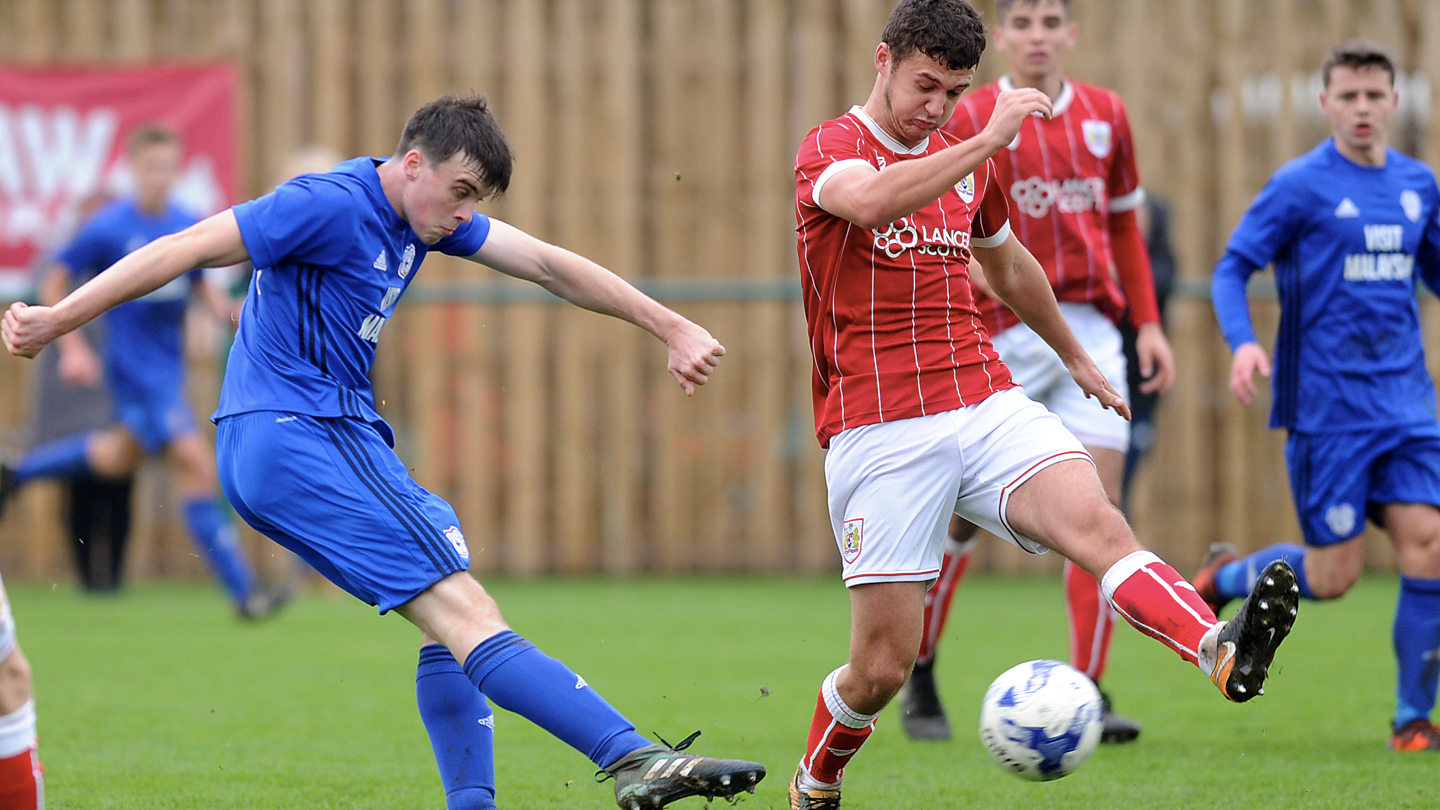 Craig Bellamy’s side earned the Severnside derby bragging rights after a hard fought 2-1 victory on the road.

Ahead of the PDL2 South encounter, the visitors made two changes to the XI that beat Ipswich Town 2-1 on Saturday 20th January. Goalkeeper Warren Burwood and striker Isaak Davies both made way for George Ratcliffe and Harry Pinchard.

The Bluebirds started the match on the front foot and were ahead after just 12 minutes through top scorer Sion Spence. After a dangerous breakaway, the Welsh youth international showed great composture to round the keeper and give his side a single goal lead at the interval.

Cardiff City then doubled their lead on the hour mark with Connor Davies tapping home from close range.

Despite being on the back foot for large periods of the match, the hosts did reduce the deficit. Marcus Day converted on the rebound after Cameron Allen’s shot was parried by Ratcliffe in the latter stages of the game.

Bristol City pushed for an equaliser but the Bluebirds were able to hold on to all three points. A double in Severnside derbies for our U18 side following a victory against the Robins in early November.