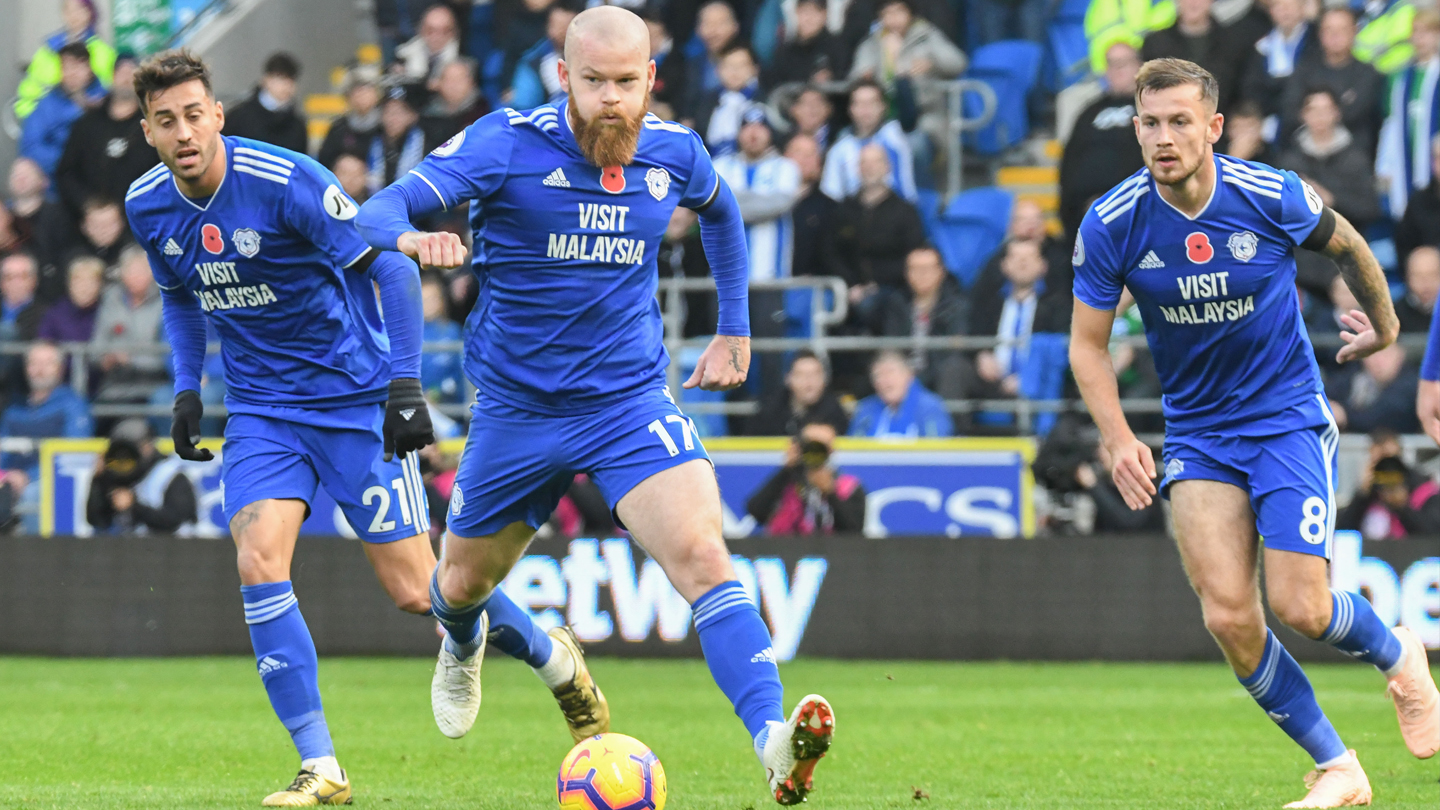 Gunnarsson: I'm always going to give 100%

The upcoming international break will see the Bluebirds wait until Saturday 24th November for their next Premier League fixture - against Everton at Goodison Park.

With that in mind, Saturday's victory over the Seagulls at Cardiff City Stadium came at a particularly important time, according to City's no. 17.

"It was huge for us," the Iceland captain began. "It was important to get the three points heading into the international break. The boys did ever so well to win the game, coming from behind.

“We’re going to need everybody this season. There was pressure on us to get the three points considering it was 11 men against 10 for that long. But we needed to be patient, and that patience paid off.”

In Neil Warnock's 100th game in charge of the Bluebirds, Sol Bamba's dramatic, late winner over Brighton echoed the Gaffer's first match, in which Sol also scored the decisive goal in a 2-1 Severnside Derby victory.

Aron praised the impact that Neil has had on the Club over those 100 games, before looking ahead, beyond the international break.

"You can see the difference from when he took over to where we are at the moment. He's done a fantastic job - everyone in Cardiff knows how well it's worked.

"He gets the lads going and he wants everyone to work in the same direction. It's working well at the moment and we need to keep that going. There’s another big game coming up against Everton after the international break.

“I’m always going to give 100%, no matter if I'm in the last year of my deal. I’m here for the badge. I’m here to do it for Cardiff, to do a job for the boys, for the fans, and for everyone involved with Cardiff City Football Club.

“That’s just how I am, that’s how I’ve been and I will always be like this.”