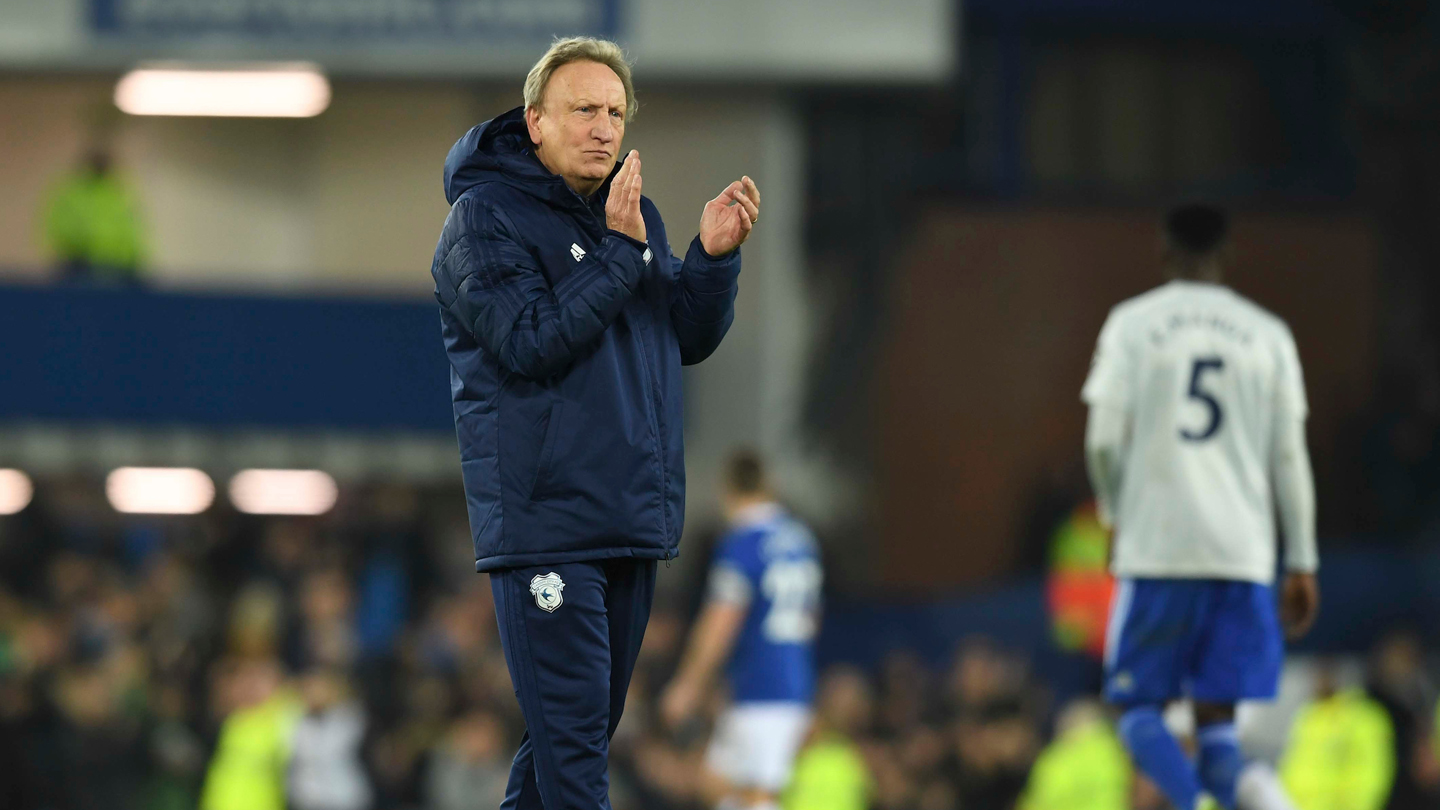 Warnock: The lads gave me everything

The Bluebirds suffered a narrow defeat to Everton, with Gylfi Sigurðsson’s second-half strike settling the contest.

After the match, Neil Warnock shared his thoughts on an unfortunate defeat with the press and media at Goodison Park.

“I thought we could have got all three points, I told the lads at half time," he said. "We could have done better in the final third during the first half though.

"Overall, it was a disappointing goal to concede, a few little things didn’t go for us today. When you come away from home it’s a bit more difficult to take. It wasn’t a great goal but it cost us the game.”

Warnock’s men pushed the sixth-placed Toffees all the way, and the Bluebirds boss was impressed with the way his side restricted Marco Silva’s team.

“When you look at their last few performances they have been as good as anyone else in the Premier League," continued Neil. "So to come here and nullify them as much as we did was pleasing. To stay up we’re going to need to show a little bit more quality in certain areas.”

Yet again, the Bluebirds were backed by a sold-out away end, with the Gaffer full of praise for the travelling supporters.

“I thought the fans were amazing," he added. "Even though we lost the game they stayed to clap everyone off. We’re all trying our hardest to stay in the best league in the world, and when you have fans like that it’s amazing how they keep lifting the players.

“That’s why I’m still managing in my seventieth year – to keep proving people wrong. We’re not going to give up, we had to work hard last year and surprised a few people then. Everyone came off that pitch after giving me everything, and that’s all I can ask for as a manager.”

Warnock then turned his attention to our next Premier League fixture - a mouthwatering clash with Wolverhampton Wanderers next Friday, November 30th.

He concluded: “We’ve got to make home games count, that’s a big thing for us in the Premier League. It’s a tasty game next Friday night against Wolves, we’ll have a full house again. I’m sure we’ll give them a good game.”