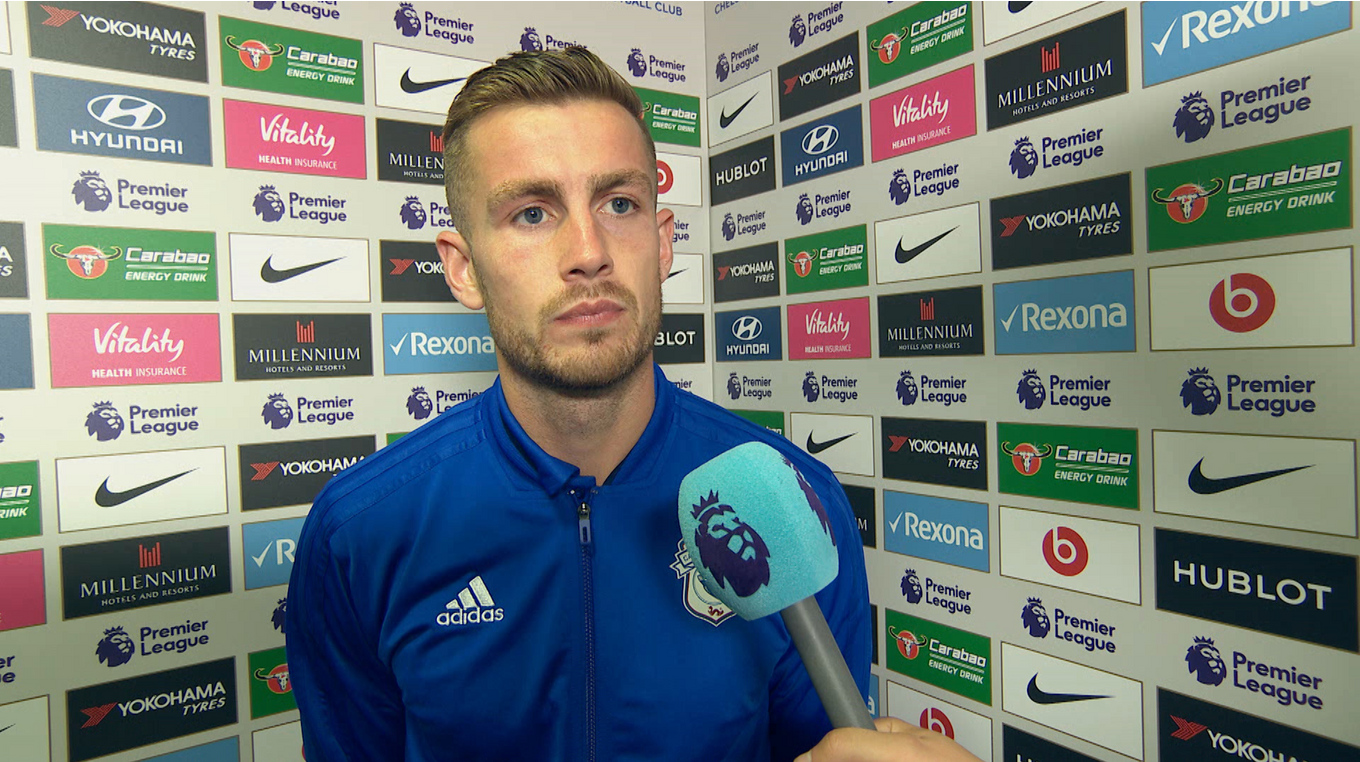 Ralls: We take the positives and learn

Cardiff City midfielder Joe Ralls was interviewed after Saturday’s away match at Stamford Bridge. The Bluebirds lost 4-1 to Chelsea in a hard-fought match.

"I thought we played well in periods of the game and always had a chance," Ralls began. "I think we're quite frustrated really.

“Obviously goals change it and the third one sort of killed us but we can take positives for being in the game for so long.

“We’ve got to try and stay in it right the way through and hopefully get a little chance at the end.”

The valiant Bluebirds took the lead early on thanks to a clinical finish by defender Sol Bamba. However, the game was turned on Cardiff City by a hat-trick from Chelsea midfielder Eden Hazard. The Belgian international was instrumental in the home side’s victory. On Hazard, our No.8 had this to say, adding: “He’s very difficult. He’s one of the top players in the world and sometimes you’ve just got to hold your hand up.

“He’s a quality player and we try to stop him as much as we can but he managed to get through a couple times, which we were disappointed with in the first half.

“We’ve got positives to take from both games (Arsenal and Chelsea). We just need to stay in the game, like I say, and stay strong.

“We know that we cannot allow sloppy goals.”

Cardiff City’s next fixture is a sold-out home game against Premier League title holders Manchester City. The midfielder concluded: “All in all we need to dust ourselves down. We’ve got another big game on Saturday against Manchester City. We’re doing alright, we’re holding in there and you never know what can happen.”

Cardiff City vs. Manchester City has already sold out! Tickets are still available to purchase for our following home match - a Sunday (Sept 29th) afternoon clash with Burnley - via the Cardiff City FC Ticket Office!