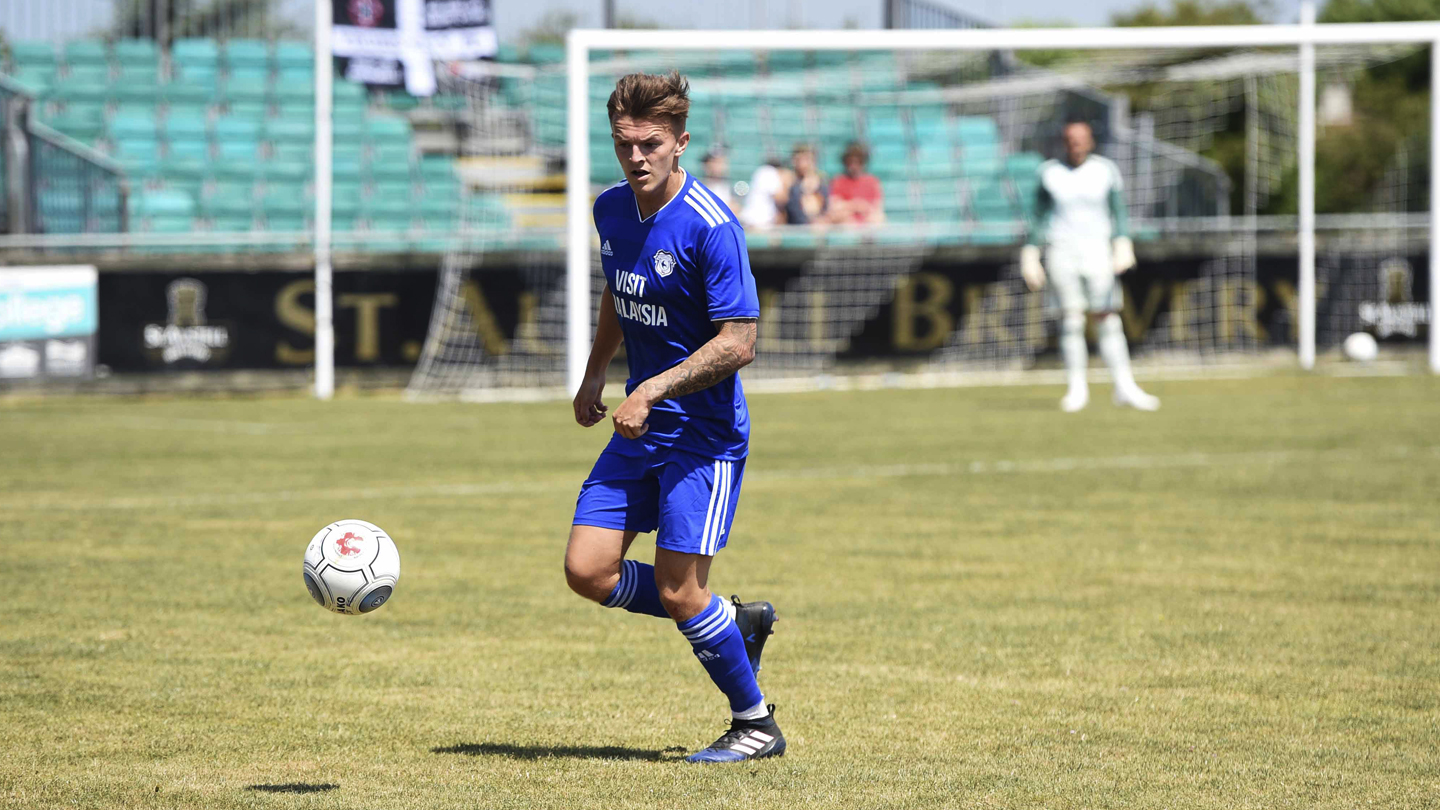 U23 | Jamie Veale: “There’s plenty of positives to take!”

“It was a tough one to take,” began Jarred. “We had chances and didn’t really take them. It’s still nice to perform like we did and win, which wasn’t the case.

“I don’t think we got what we deserved and I’m a bit disappointed because we should have won the game, not lost or drawn. Every game, every week is a learning curve and this was no different. It’s about cutting out the mistakes and I’m sure that will come. We’re improving all the time and hopefully we can learn fast to start turning these performances into results as well.

“U23 level is not really about winning games, but we’re trying to create an environment where boys have that desire to win. It’s not just about development, but that is the most important thing. We’ll get there and I’m sure we’ll start turning these matches into wins soon.

“I thought Laurence Wootton was excellent today. In the first-half, his positioning and the way he played was really good. He’s had to wait for his opportunity, but he’s come in and done really well. He was probably my man of the match. I was also impressed with Daniel Martin. He played really well too.”

Harvey concluded: “Lee Tomlin and Matthew Connolly playing was influential for our younger players. Tyrone Duffus is on a limited amount of minutes and still about a week away, so we didn’t risk him from the bench. Hopefully, he’ll complete a full week of training and we should have him playing next week. The same goes for Lloyd Humphries and James Waite. Ibrahim Meite will be up to more minutes now as well, so we’re getting closer to having a full squad and that can only be beneficial.”

21-year-old Jamie Veale played a midfield role in City’s second 2018/19 PDL2 home match and gave his thoughts on the game, adding: “There’s plenty of positives to take from the game. We had a couple of chances to go 2-1 up ourselves and against good teams like Leeds, if you don’t take your chances, they will come back and make you pay.

“Every game has learning curves and it does go to show that if you don’t take your chances, teams will come back and score. It is a big learning curve for us because we’ve got to start taking our chances. It’s something we’ve been working on because it’s been a common theme. Hopefully, in training this week we can work on that further.

“Leeds is always a physical game; they come here and throw everything at it. They’re a good team and good luck to them for the rest of the year.

“Playing beside Lee Tomlin and Matthew Connolly is always great; they’re brilliant to look up to for us younger boys. They’re always supportive with whatever we’re trying to do and it’s great for me to have Tomlin there, as a midfielder. It’s great to see what he can do and learn from it.

“Personally, it’s just great to be back on the pitch after a couple of injuries last season. Although, minor setbacks mean major comebacks. It’s great to be out there again and I’m loving every minute of it. Long may it continue.”