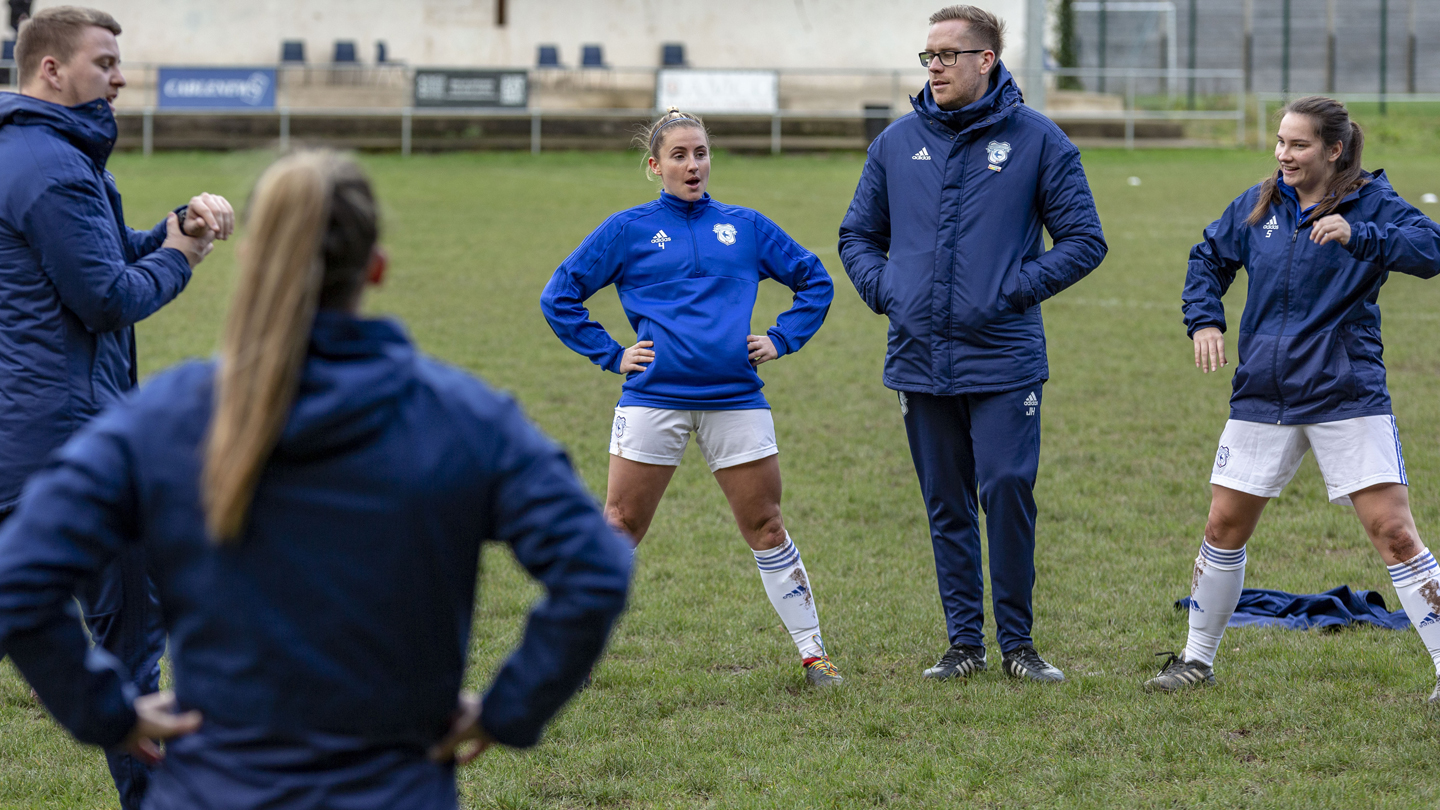 Women | Joel Hutton: We sent out a statement

The Quarter-Final victory sees his side progress to the FAW Women’s Cup Semi-Final, where they will face Abergavenny Women FC.

City scored three goals inside the opening 12 minutes with the strikes of Zoe Atkins, Alana Murphy and Catherine Walsh, before Rebecca Bannister struck one for the Lakesiders.

Catherine Walsh then sealed a brace and after the interval, substitute Lucy McDonough and left-back Emily Griffiths completed the scoring.

“It feels nice to be in the Semi-Final,” began Joel following the final whistle. “We said to the girls before the game that we wanted to be in the last four, sending out a statement by doing it in style and keeping a clean sheet.

“We sent out a statement by scoring six, but I think we could have had two or three more goals and the most frustrating thing for me was conceding. We never concede good goals: they’re always preventable or come from our own mistake, but I don’t want to dwell on it too much and it was all positive in the dressing room after the win.

“The team were guilty of laying back a bit in both halves, but did well to score a couple more in the second period. You can’t afford to take your foot off the peddle and that’s what we’re trying to get into the girls’ heads.”

Zoe Atkins played her first 90 minutes for the Bluebirds and scored her second goal for the Club in just her third appearance, and Joel continued: “Zoe was brilliant; she links up play really well and works hard. Originally, we didn’t want to play her for 90 minutes, but the intensity wasn’t as great as expected, so we left her on and she’s come away unscathed, which is another milestone marked off.”

Lucy McDonough came on as a second-half substitute and played for the first time since being involved in a car accident, netting her first goal of the season almost immediately. She added: “It felt amazing to score and I can’t believe it’s taken me this long after the way I started last season, but it’s good to get back on the scoresheet and it feels so good to be back playing.

“I’ve been off for around a month and been itching to get back, so it was great being told by my physio that I was fit enough to play again and the best feeling in the world getting back on that pitch.

“It was good to get the six goals, but we had so many extra chances that we just didn’t take and we needed to be taking them. We stepped off a little bit after scoring the three early goals and them getting one back wasn’t ideal, but we could have scored a few more if we’d kept our intensity up.

“I’m looking forward to seeing who we draw in the Semi-Final and it’s nice that it’ll be at a neutral venue, because neither side will have home advantage and we can just concentrate on winning.”

Joel was impressed with the 21-year-old’s return performance and concluded: “Before Lucy had the car crash, we’d been telling her that she needs to find herself in the right places and she did that, before taking the goal really well."

Keep up-to-date with the latest news at @CardiffCityFCW!