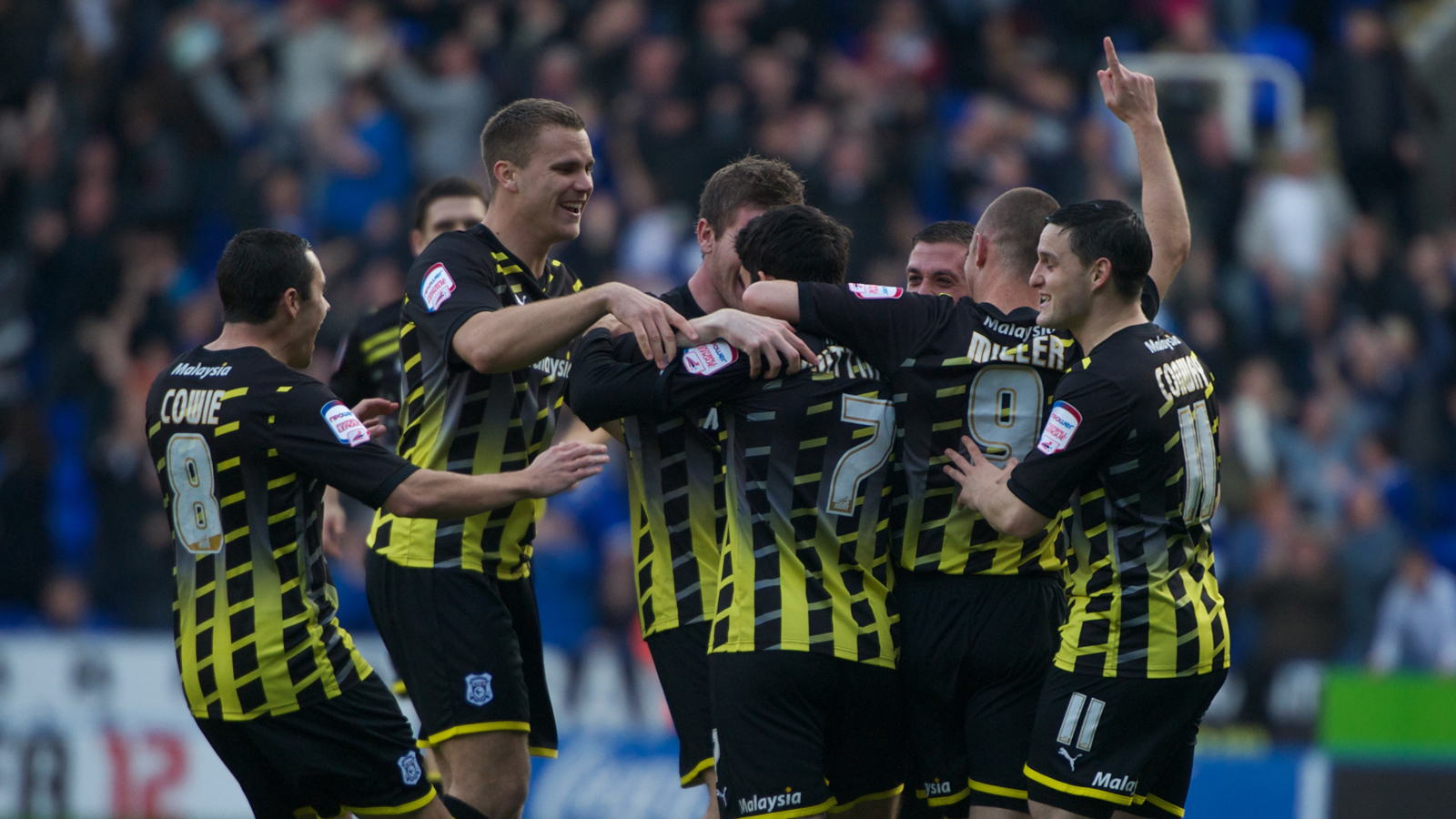 As the Bluebirds prepare for a trip to Reading’s Select Car Leasing Stadium on Saturday, we take a look at an iconic goal against the Royals back in 2011.

Having faced Brian McDermott's side in the 2010/11 Championship Play-Off Semi-Finals, the Bluebirds returned to the Madejski Stadium sitting in fourth position in the league table, with Reading, who had suffered defeated in the Final at Wembley, occupying 14th spot.

City came into the contest in fine form, having secured wins over Barnsley, Derby County and Crystal Palace, losing just three of their opening 16 games of the 2011/12 campaign.

Heading into the clash off the back of an international break, there was only one change to the Bluebirds' starting eleven, as David Marshall returned to replace Tom Heaton between the sticks.

A blistering start to proceedings saw City take the lead in some style, as Peter Whittingham found the net with a sublime 35-yard chip.

After Craig Conway and Filip Kiss had both seen efforts saved by Adam Federici, Reading winger Jimmy Kébé attempted to run the ball out of defence. However, a heavy touch surrendered possession to Whitts, who showed quick-thinking to launch a superb lob over the goalkeeper in just the second minute of the game.

Having netted his seventh goal of the season, the midfielder continued to dominate the match and set up City's second with an excellent free-kick delivery.

The playmaker swung a trademark set-piece into the box from the left flank, which found centre-back Mark Hudson at the front post. The skipper made no mistake from six yards, turning home his second goal of the season to double the City lead.

A fine goalkeeping display from Marshall kept the hosts at bay until the final few minutes, when Kébé netted a close-range header to give the Royals hope, though the Bluebirds defence stood strong to claim another three points.

The 2011/12 season went on to become a memorable campaign for City, with a fantastic run to the League Cup FInal. Having defeated Oxford United, Huddersfield Town, Leicester City and Burnley in the early rounds, victories over Blackburn Rovers and Crystal Palace respectively earned the Bluebirds a place in the Final at Wembley.

Facing Premier League giants Liverpool, the Bluebirds put in a fantastic performance, drawing 1-1 in normal time, and showed tremendous character to take the game to a penalty shootout through Ben Turner’s late equaliser, claiming a 2-2 draw at the end of extra-time. Despite narrowly missing out on the trophy on penalties, City’s showing was one to be hugely proud of.

In the league campaign, it was the Royals who would go on to enjoy success; an incredible run from December onward saw Reading lift the Championship trophy, with future Bluebird Adam le Fondre playing a crucial role with 12 goals.

City recorded a sixth-place finish, but a strong West Ham United side were able to defeat the Bluebirds in the Play-Offs and return to the top flight at the first time of asking.

However, City would go on to react admirably the following season, repeating Reading's feat by lifting the Championship trophy and securing promotion to the Premier League.