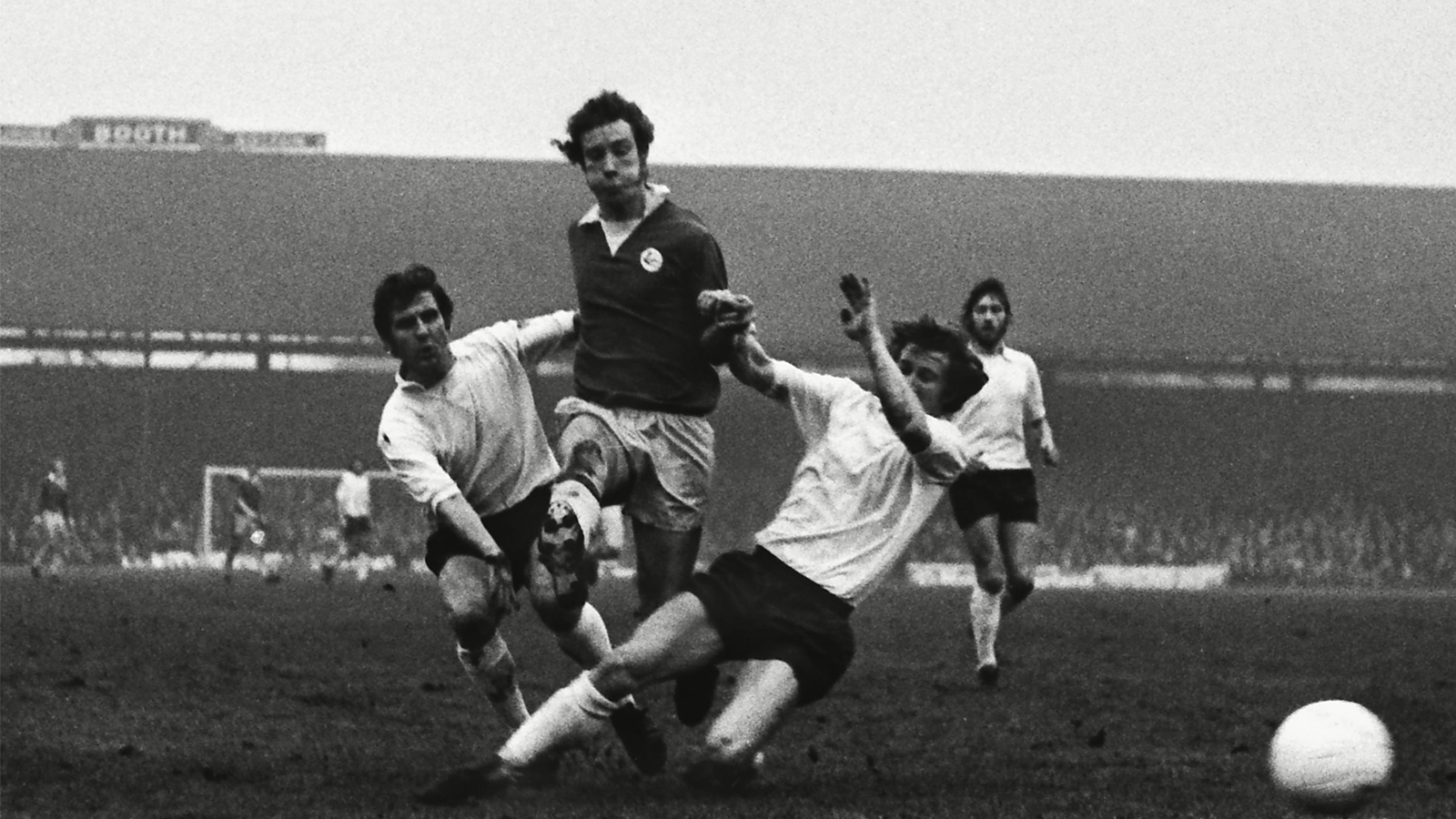 Ahead of Wednesday's fixture against QPR, we take a look at a former striker who played for both clubs in the early days of his career...

Born in Northampton on January 3rd, 1950 and the son of footballer Adam McCulloch, Andrew McCulloch began his footballing career as a youth with Fleet Town, as well as Surrey-based club Walton & Hersham.

Whilst playing for the amateur club, the young striker rose to prominence with the side in the 1968/69 season, winning the Athenian League title. Subsequently spotted by Queens Park Rangers manager Les Allen, McCulloch joined the Division Two side in October 1970.

The forward made an impression upon his first appearance for his new club, scoring the final goal in a 5-2 victory over Birmingham City, while Rodney Marsh scored a hat-trick.

McCulloch would go on to make 41 league appearances for the Rangers across two years spent with the club, scoring 10 goals during his stint at Loftus Road.

Competing for a place in the starting lineup against the likes of QPR greats Marsh and later Stanley Bowles, however, Andrew eventually made the move to play for Cardiff City, transferring to the Club in October 1972.

Then 22 years old, McCulloch joined a Cardiff City side under the management of Jimmy Scoular, who was beginning his ninth season in charge of the Club.

Under Scoular, City had remained a Division Two side throughout his tenure, in the years following their relegation from the First Division in 1962. Generally finishing in the bottom half of the league table throughout the mid to late 60's, the manager had cultivated several players that became Club legends under his command.

Don Murray, who had played for the Bluebirds since he was 17-years-old, was approaching his final years with the club by the time of McCulloch's arrival. Likewise, Brian Clark's departure coincided with the young striker's joining to City's ranks.

Clark, who across four years had scored 75 league goals for the Bluebirds, was the top goalscorer for the Club during the three consecutive seasons prior to McCulloch's debut, leaving the young forward with big shoes to fill.

McCulloch wasn't the lone debutant at Ninian Park that season, however. Youth player Phil Dwyer was brought into City's starting lineup for his senior debut on October 7th, 1972, featuring for the full 90 minutes against Leyton Orient and helping the side to a 0-0 draw following the first-half dismissal of teammate Alan Fogon.

Dwyer would of course go on to be ever present throughout the remainder of the 1972/73 campaign, and would eventually break the Club's record for most appearances (575 in all competitions), which is unbeaten to this day.

Hitting the ground running, McCulloch proved a vital part of the Bluebirds' attacking lineup from early on in South Wales. Opening the scoring against Preston North End in a 3-0 victory at Ninian Park, Andrew followed up with his second goal in his next home match against Nottingham Forest, winning the match 2-1.

The forward continued to impress throughout his first season at the Club, eventually netting 14 league goals to keep the Bluebirds in the Division on Goal average over Huddersfield Town, as both teams finished the season with 33 points.

Andrew achieved the same feat yet again in his second season as a Bluebird, this time scoring 10 league goals as City finished in 17th place on the Division Two league table.

Opening his account for the 1973/74 campaign in the second match of the season against Portsmouth, McCulloch scored his first and only hat-trick in a City shirt during a 5-0 rout against Oxford United for the Bluebirds' first victory of the season.

Welsh Cup glory and playing on the international stage

During his two seasons spent in South Wales, McCulloch took part in the Club's Welsh Cup campaigns, both of which saw the Bluebirds the tournament's victors.

Featuring throughout both legs of the 1973 Final against Northern Premier League side Bangor City, the Bluebirds defeated their opponents 5-1 over both legs, despite going into the second fixture 1-0 down.

Goals from Gary Bell, Nigel Rees and Leighton Phillips sealed the Cup victory for City on April 11th 1973 at Ninian Park, earning the Bluebirds not only silverware, but a place to compete in Europe.

The European Cup Winners Cup provided the City squad, with McCulloch among them, the chance to compete against countries from around the continent, and for many would be their only chance to do so throughout their careers.

Drawn against Portuguese club Sporting CP, and with 13,000 supporters gathered at Ninian Park in September 1973, the Bluebirds' home leg finished goalless, before the return fixture saw the visitors lose narrowly 2-1 despite City's best efforts in Lisbon.

As well as experiencing international club football during this early period in his career, McCulloch also represented Scotland's U23 side to earn his single cap in the same year.

Following two years spent with the U's, the striker enjoyed a more successful spell with Brentford, earning promotion to Division Three with the Bees during his second full season with the club, scoring 24 goals during that campaign alone.

Eventually, McCulloch would move to play under Jack Charlton at Sheffield Wednesday, where the Division Three side would be promoted during his first campaign with the Owls, with Andrew and teammate Terry Curran scoring 34 goals between their strike partnership.

The striker became top scorer for Wednesday upon his return to Division Two, adding 18 more under his belt in all competitions as his side finished 10th in the league.

Leaving the club following Charlton's departure, McCulloch ended his career aged 35 following further stints with Crystal Palace and Aldershot, with his final club being one that his father had also played at during his time as a footballer.