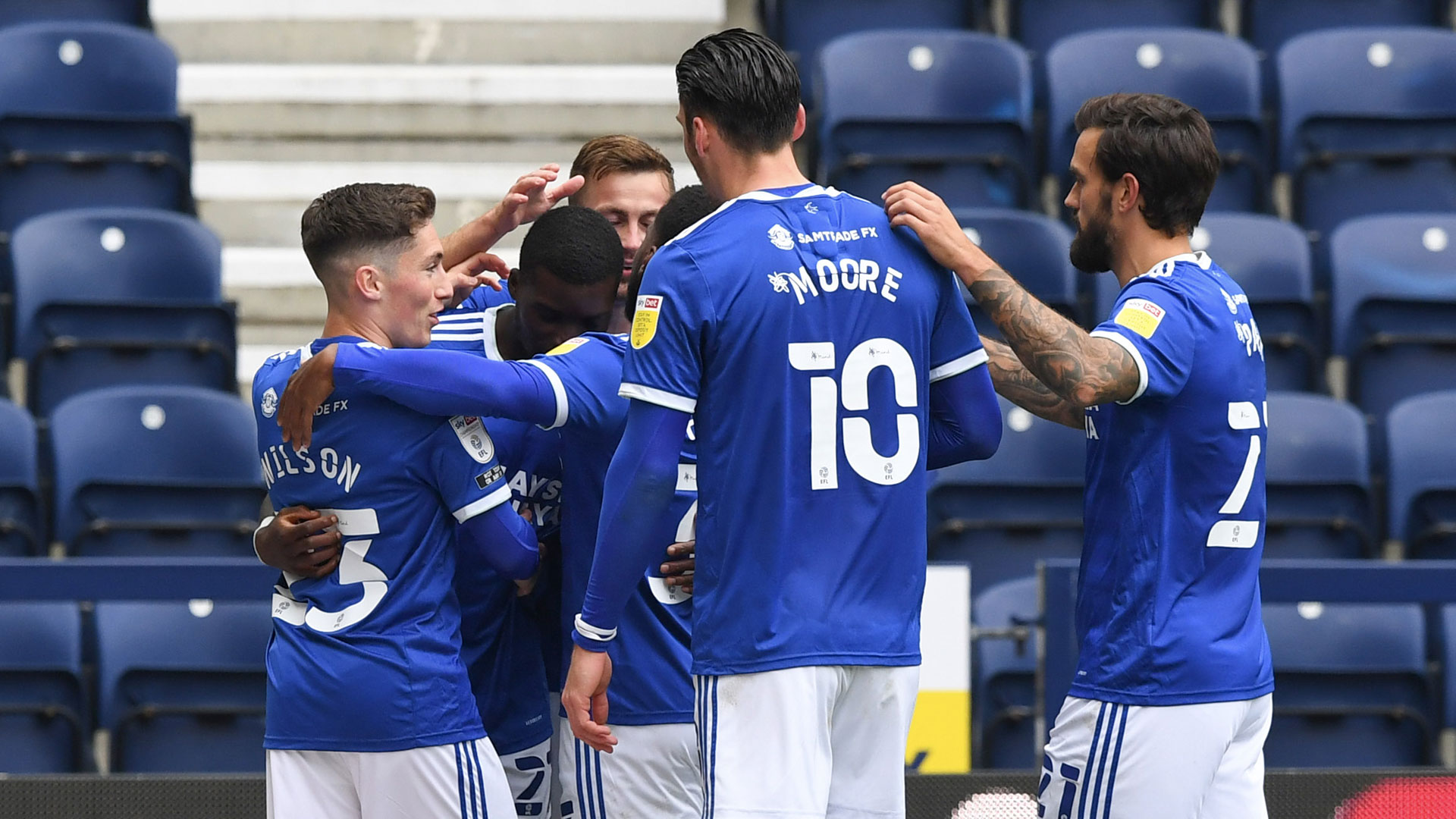 To watch Wednesday’s fixture, Match Passes can be purchased from Cardiff City TV, and are available for the price of £10.

International supporters can tune into the Bluebirds’ matches with a seasonal Live Video Pass for £140. City fans overseas can also purchase a monthly Video Pass for £20 or an individual Match Pass for only £7. 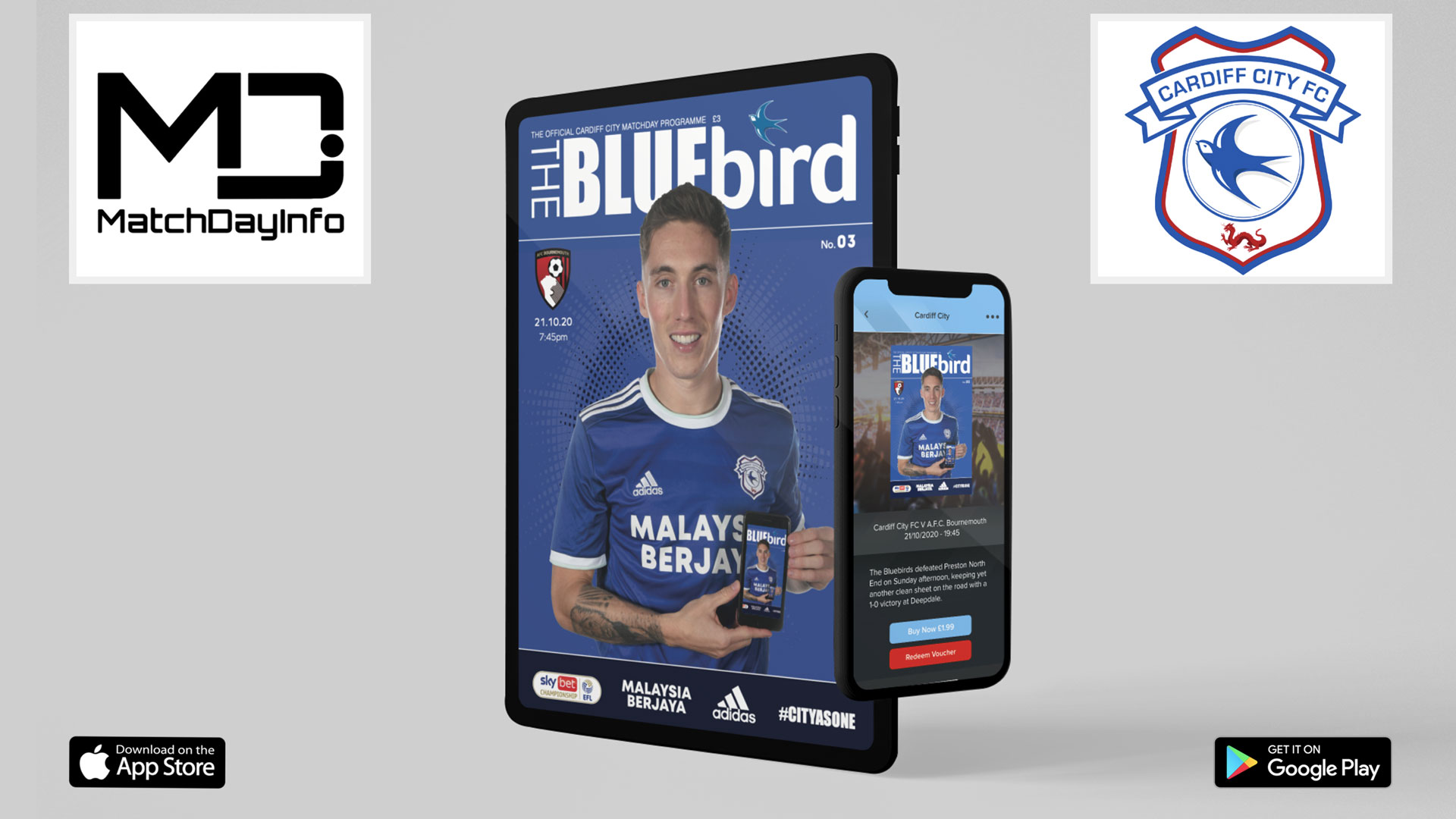 The Bluebird is now available digitally as well as in its traditional print format for every home Cardiff City fixture.

City supporters across the globe can purchase our official matchday programme for each home game, starting with tonight’s clash with AFC Bournemouth. Digital programmes can be downloaded to any iOS or Android device via the MatchDayInfo App for a reduced cost of £1.99 per edition. 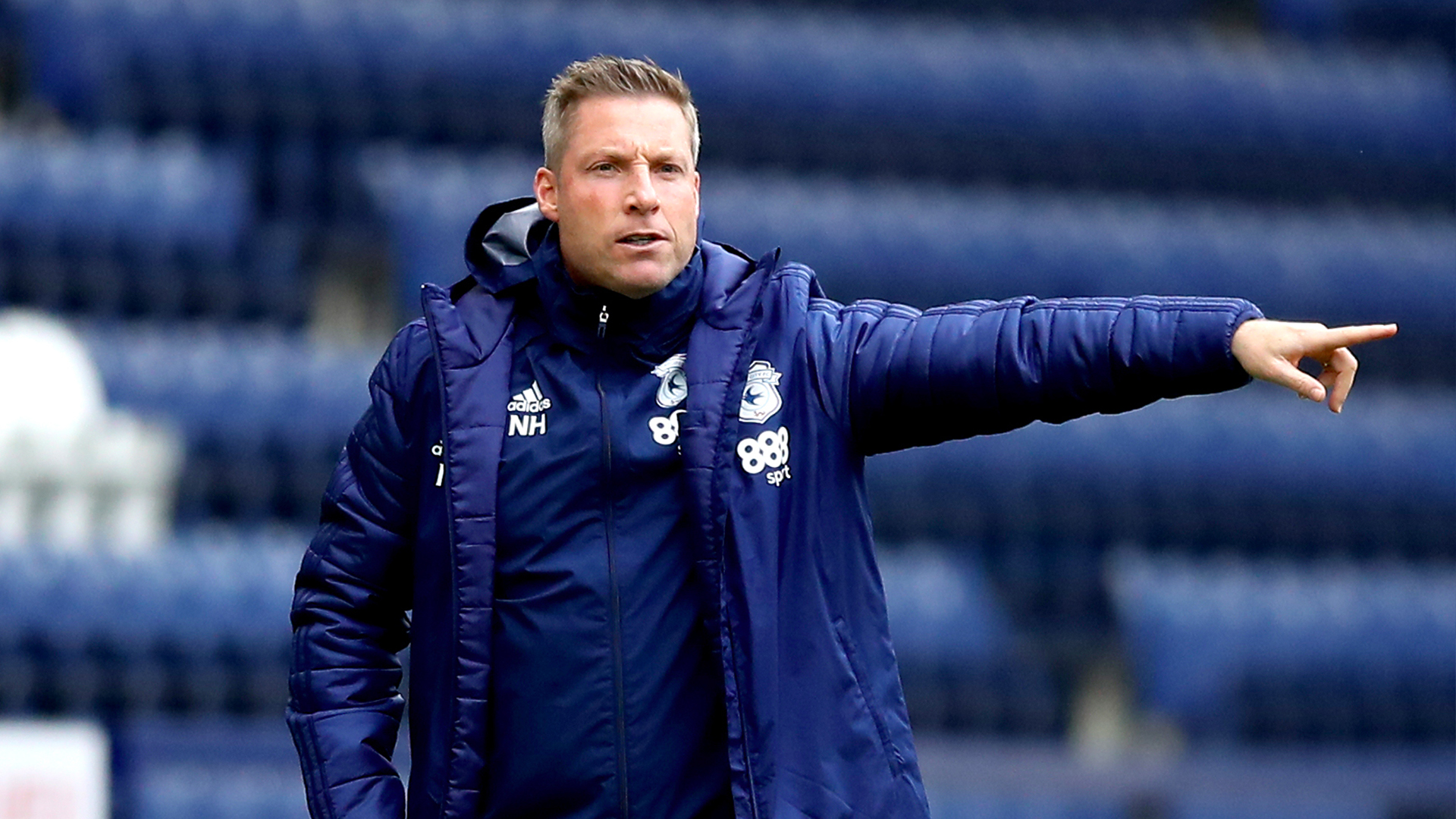 Harris pre-Bournemouth | We know the test ahead of us

The City boss emphasised the importance of the Bluebirds building on their recent away exploits, as they prepare to face the unbeaten Cherries back at Cardiff City Stadium.

"We know Bournemouth's ability," began Neil. "You've just got to look at their squad on paper, the quality of player they've got throughout the team, and they've had a good start to the season.

"We know the level of test ahead of us, but that's why we play the game. You want to play against the best sides in the division and you want to challenge yourselves as a group against them.

"Our point to prove is that we need to get the ball rolling at home, at Cardiff City Stadium, as I think quite a lot of teams do in the UK at the moment, with the amount of away wins. We're one of them, and we're conscious of the fact that we want to get off the mark at home with some points."

After coming through the academy ranks at Charlton Athletic, Jason Tindall got his first taste of professional football with AFC Bournemouth in 1998. Having started out as a midfielder, Tindall was soon switched to the centre of defence, playing the majority of his career with the Cherries in the Second Division. After making nearly 200 appearances for the club, he left Dean Court in 2006, moving to Weymouth FC. Following a brief return to Bournemouth in 2008, Tindall hung up his boots to focus on coaching, becoming the club’s assistant manager.

Initially deputising for Jimmy Quinn, Tindall remained at Bournemouth when his former teammate Eddie Howe became manager in 2009. The duo saved the Cherries from relegation that year, and led the club to the League Two title in 2010. However, he and Howe both left Bournemouth in 2011, moving to Burnley for a brief period. In 2013, Howe returned to Dean Court, taking Tindall with him, and helped the Cherries win promotion into the Championship and later the Premier League. Following five seasons in the top flight, Howe’s departure earlier this year has allowed Tindall to take the top job, his first managerial role in the professional game.

Ahead of tomorrow evening’s fixture, Tindall spoke to the press and media: “I know Neil Harris very well, and I’m delighted that he’s got off to a good start since he’s been at Cardiff. It’s always a tough game, whenever you come up against his sides. We’re certainly expecting a really tough game. We need to be prepared, and be ready for what they throw at us."

The Cherries have made a solid start to life back in the second tier, currently occupying third place in the Championship table. Having lost several key players over the summer, Tindall has added just two new faces to his Bournemouth squad; Spanish winger Rodrigo Riquelme and American defender Cameron Carter-Vickers, both on loan, from Atlético Madrid and Tottenham Hotspur respectively.

Bournemouth are yet to lose a league fixture this term, with three wins and two draws. They began the campaign with a 3-2 victory over Blackburn Rovers, and then earned a point away at Middlesbrough. Two further wins followed, against Norwich City and Coventry City, before the Cherries returned to action after the international break with a goalless draw at Queens Park Rangers last Saturday.

In the Carabao Cup, Bournemouth defeated Crystal Palace in the First Round, progressing via a remarkable penalty shootout. After the match finished 0-0, both sides faired excellently from the spot, with Tindall’s men eventually progressing 11-10. Their good fortune ran out in the Second Round, however, as Manchester City eliminated them from the competition with a 2-1 defeat. Following our meeting on Wednesday, the Cherries face a tough trip to fellow high-flyers Watford on Saturday lunchtime.

Arnaut Danjuma made a slow start to life as a Bournemouth player, after making 14 appearances without a goal last term. However, the twenty-three-year-old has hit the ground running this term, having netted twice in Bournemouth’s opening four fixtures. The winger, signed from Club Brugge in Belgium, has made two appearances for the Netherlands national team, and looks set to have an impressive campaign in the Championship.

David Brooks (above) was the subject of several transfer rumours this summer, with a number of clubs reportedly interested in the twenty-three-year-old. However, the passing of last week’s deadline confirmed his status as a Bournemouth player, and the Welshman will be aiming to fire the Cherries back into the Premier League. Having been nominated for the PFA Young Player of the Year Award in 2019, Brooks missed the majority of last season with an ankle injury, though has featured on several occasions this term, including for Wales in their recent draw with the Republic of Ireland.

Asmir Begović spent the entirety of last season away from the Vitality Stadium, enjoying loan spells with Qarabağ FK and AC Milan. However, the Bosnia & Herzegovina international has returned to Bournemouth and overtaken Mark Travers as Jason Tindall’s main man between the sticks. The thirty-three-year-old has kept three clean sheets from his five starts this term, and made a number of important stops to keep out QPR in Bournemouth’s last game.