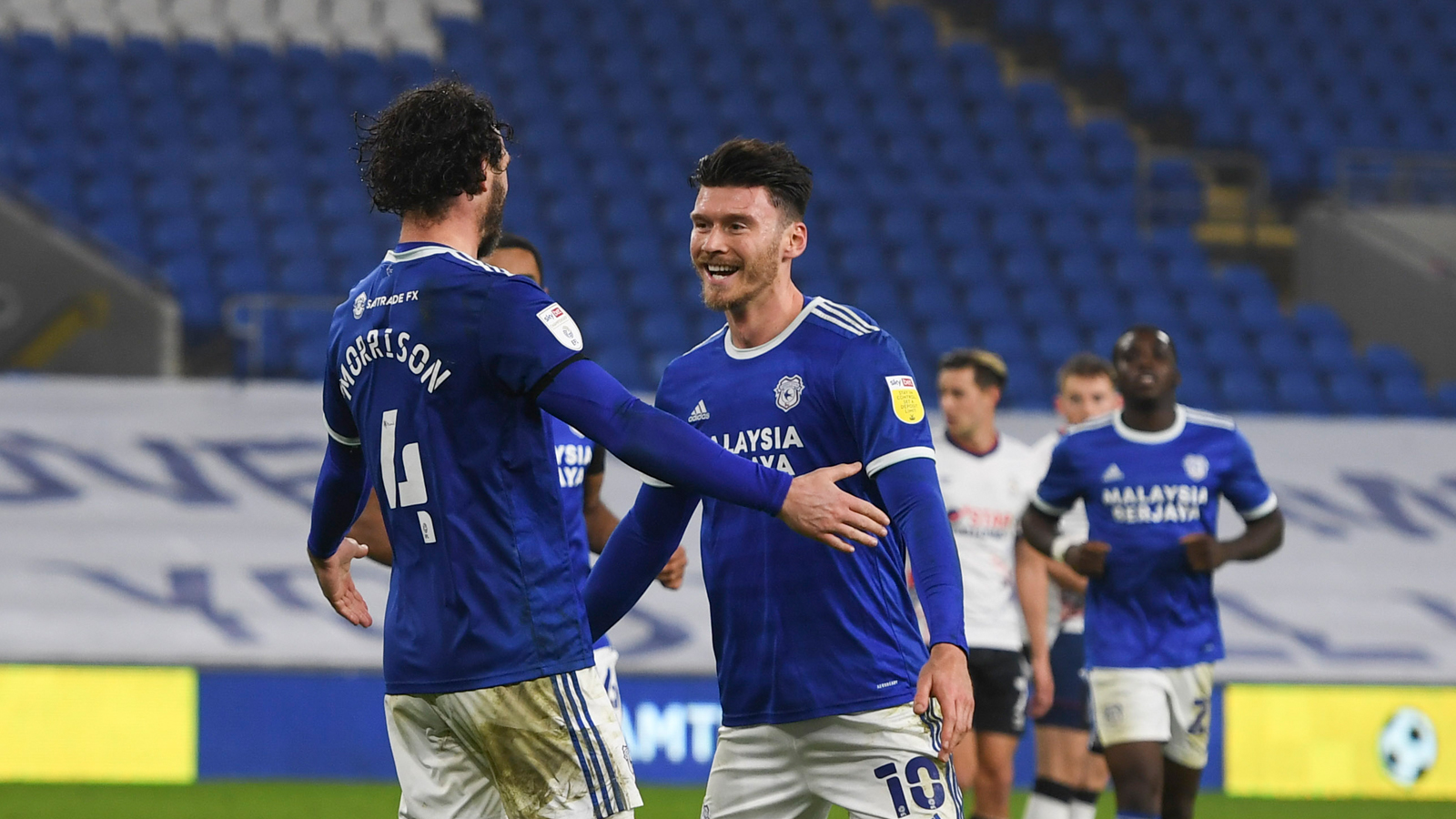 The Bluebirds are back in action on Tuesday evening, with Huddersfield Town travelling to the Welsh capital. Carlos Corberán will bring his Terriers side to Cardiff City Stadium for a 7pm kick-off. 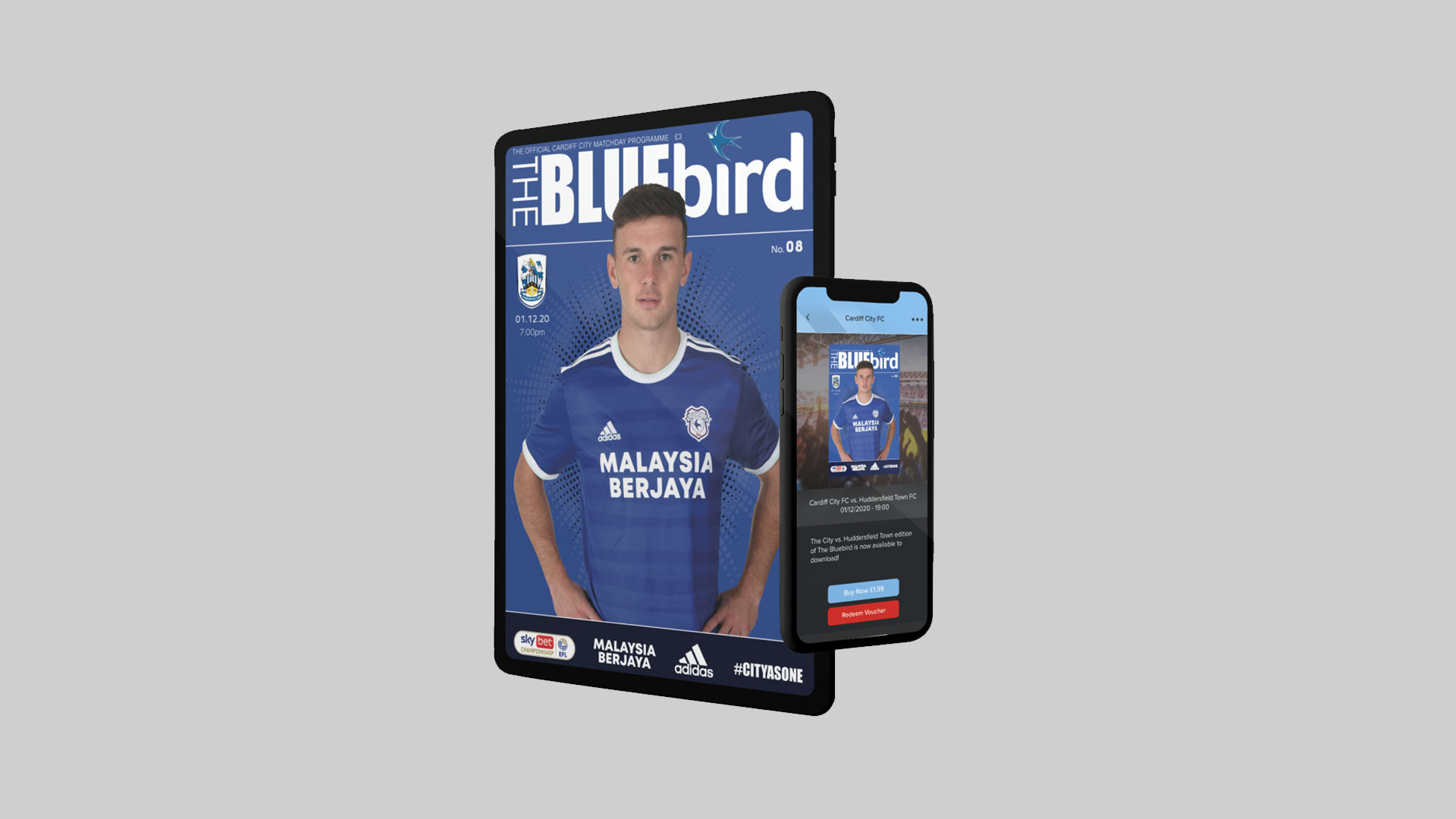 The Bluebird - Huddersfield Town is available to download now!

Issue 08 - Huddersfield Town can be downloaded now, with Mark Harris as the cover star and feature interview! 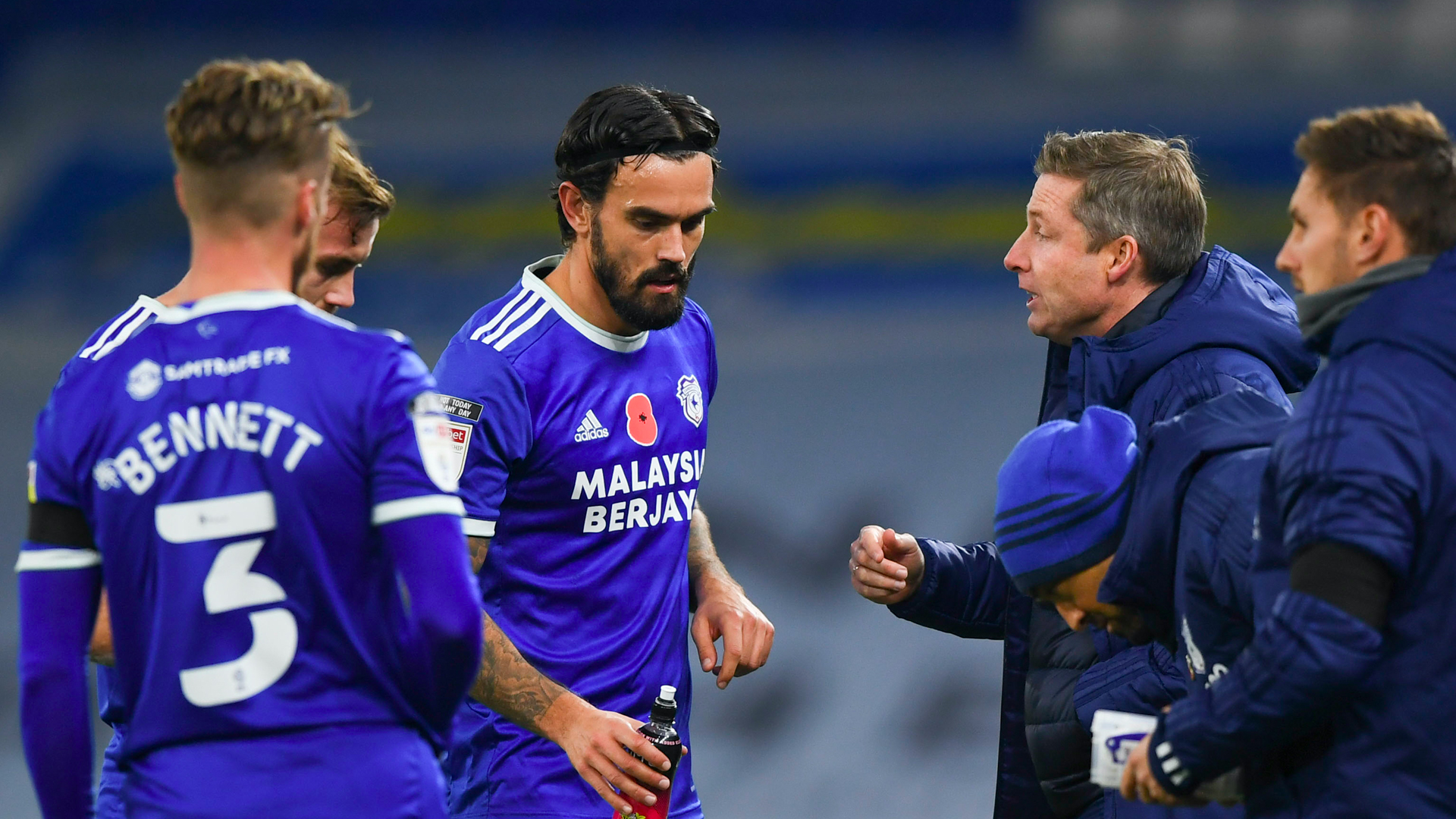 Bluebirds boss Neil Harris spoke to the press and media ahead of Tuesday’s fixture, aiming to record another victory on home turf.

“As you can imagine, the players coming in yesterday were extremely pleased with their performance individually and collectively, so there was a right buzz about the place.

“But the players are fully aware: it was a strong performance, a very positive performance, but the same again is needed tomorrow to be successful.

“We need some consistency, and we need some more results to build momentum. We'll take it one game at a time, and we'll need to be at our best to beat Huddersfield Town.”

Carlos Corberán took the top job at the John Smith’s Stadium, his first managerial role in England, in July. The Spaniard played for the youth sides at his local club, Valencia CF, and soon rose to feature for the ‘B’ team. However, the goalkeeper decided to retire from playing at the age of 23, having never made a First Team appearances for Los Murciélagos, and moved into coaching instead.

Corberán’s coaching career began with Villarreal as a fitness coach, where he worked his way up from the ‘C’ and ‘B’ teams onto the First Team staff. In 2012, he joined Saudi Arabian outfit Al-Ittihad on the recommendation of Pep Guardiola, helping the club to the semi-finals of the AFC Champions League.

In 2016, Corberán gained his first managerial experience, taking the reins at Doxa Katokopia in the Cypriot First Division. His remained in Cyprus to take charge of Ermis Aradippou in 2017, before joining Marcelo Bielsa at Leeds United. At Elland Road, Corberán became the club’s U23 manager, but was soon promoted to be involved in the First Team coaching setup. After helping the Whites lift the Championship trophy, the 37-year-old was approached by Huddersfield Town in the summer, where he replaced Danny Cowley in the hotseat.

The Terriers currently sit one place and one point ahead of the Bluebirds, in 13th position with a tally of 18 points. Corberán’s men enjoyed an excellent run of form in October, winning three games, against Nottingham Forest, Swansea City and Derby County to rise up to 9th spot in the Championship standings.

However, Huddersfield’s form has dipped since then. Town endured a tricky run of four defeats from their six matches between October 24th and November 21st, winning just one during that time, against Millwall. Since the international break, the Terriers have recorded one defeat, one draw and one win; a pulsating 4-3 loss to Stoke City was followed by a midweek goalless stalemate at Wycombe Wanderers. On Saturday though, Huddersfield beat Middlesbrough 3-2 at home to move from 16th place to 13th.

Corberán brought several new signings to the John Smith’s Stadium, including former Bluebird Danny Ward. The striker returned to Huddersfield, where he previously played between 2011 and 2015, after spending the past three years in South Wales. Other notable additions included the Spanish right-back, Pipa, who has made ten Championship starts, and former Charlton Athletic defender Naby Sarr.

Josh Koroma has made a blistering start to the season, and is one of Huddersfield’s hottest prospects. The 22-year-old has nailed down a starting berth this term, having missed just one of Town’s league fixtures. Koroma is the club’s current top scorer with five league goals, including the 85th minute winner he scored against Middlesbrough on the weekend.

Carel Eiting arrived at Huddersfield in September, signing a season-long loan deal from Ajax. The midfielder played alongside Frenkie De Jong, Matthijs de Ligt and Donny van de Beek in Amsterdam, but injuries have seen his first team opportunities limited at the Johan Cruyff Arena. The 22-year-old has made a promising start to life in West Yorkshire, popping up with three goals and one assist thus far.

Harry Toffolo has been made to be patient for his first team chances, but is now seizing the opportunity with both hands. The talented left-back started out at Norwich City, but, after a number of frustrating loan spells elsewhere, permanently joined Huddersfield in January. Toffolo has played in every Championship match this season for Town, and has displayed his attacking capabilities with five assists, the highest at the club.