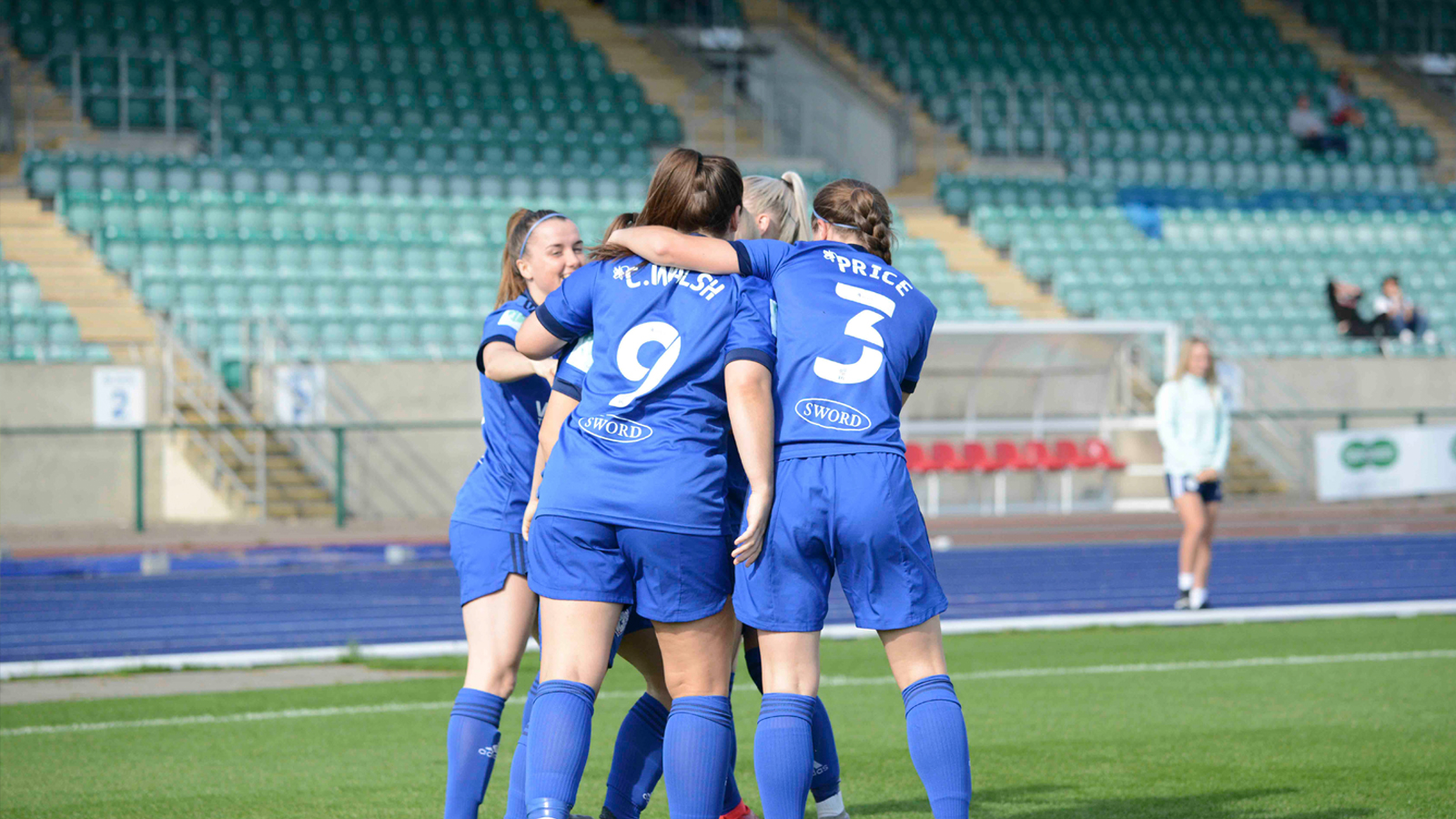 Cardiff City FC Women booked a place in the final of the Adran Trophy with a clinical 5-0 win over Aberystwyth Town at Park Avenue.

In a fine second-half showing from City, Walsh and Poole both secured braces, with Ffion Price also getting on the scoresheet with a great effort to beat Ffion Ashman as the Bluebirds booked a tie against Cardiff Metropolitan University in the Final.

Boss Iain Darbyshire made two changes to the side that ended Swansea City’s three-year unbeaten run last time out, with Lily Billingham and Danielle Green coming into the starting XI.

The Bluebirds started brightly and looked for an early goal, as some intricate build-up play led to winger Billingham finding space on the edge of the box to force a save out of Seasiders goalkeeper Ashman. Gavin Allen’s side tried to get in-behind the City backline on the counter-attack, with Flavia Jenkins beating the offside trap, only to fire wide.

Jenkins continued to pose a danger for the hosts, as she cut inside in the box, but was denied by a brilliant save from Ceryn Chamberlain. City responded with a great chance, as Green found space on the left, with her effort narrowly wide of the post.

Billingham looked a real threat for the Bluebirds, as her fine work down the right led to her finding the on-rushing Price in the box, whose effort was saved by Ashman. The young City winger was again involved in another chance, as she cut inside and struck towards the bottom corner, forcing Ashman into another save, who ensured that the score was goalless at the interval.

The Seasiders went close to taking the lead early in the second period, with Jenkins firing an effort onto the woodwork. City responded well, with midfielder Walsh finding Billingham on the edge of the box, whose strike at goal was wide of the post.

In a period of numerous chances for City, Billingham cut inside from the right and fired at goal, only to be denied by the woodwork, with Walsh forcing a fine save with a sublime volley from the follow-up. As the resulting corner came in from Price, the Bluebirds found the breakthrough in the 56th minute, with midfielder Walsh rising highest in the box to power a header home.

City immediately looked for a second goal and found it in the 66th minute, with substitute Poole turning and firing a brilliant effort into the top corner to double the advantage. The Bluebirds continued to push forward and found a third goal just two minutes later, as midfielder Walsh netted her second goal, powering home with an effort from inside the area.

With City showing their quality in the second period, left-back Price found the net for the Bluebirds in the 70th minute, as her brilliant effort found the top corner. In a clinical performance, Poole found her second just four minutes later, as she drilled a strike into the bottom corner to put the Bluebirds in control.

After a fantastic second-half showing from City, the Bluebirds booked their place in the final of the Adran Trophy.

“We’re delighted to be in the final,” Iain began. “The first-half was very tough. They had a gameplan and executed it really well; it caused us problems. We made a couple of adjustments at half-time and the players just stepped up a couple of gears.

“We knew we had a bit of strength on the bench. We said at half-time that we were still in control of the game, but we needed to step it up a level or two and we did that. We stepped on the gas and we were incredible, scored some wonderful goals and we go back home very happy.”

Commenting on the impact of substitute Poole, Darbyshire added: “When you’ve got someone like Phoebie coming off the bench, it’s an ace up your sleeve and you can change the game instantly. She was disappointed not to start, but she came on and changed the game. To make that impact in 35 minutes is incredible.”