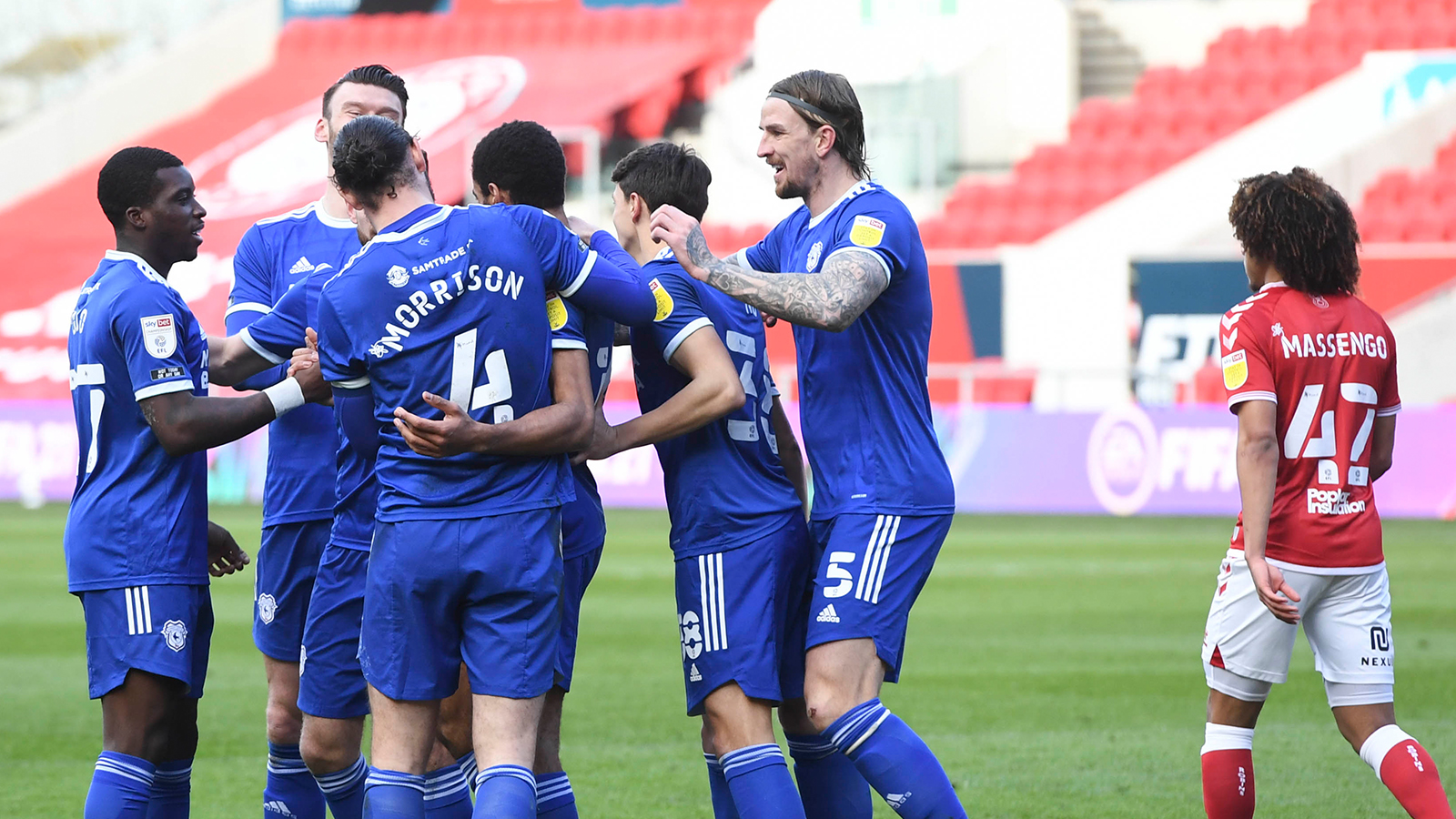 Cardiff City secured their opening victory under Mick McCarthy as they took the Severnside Derby spoils at Ashton Gate.

First-half goals from Curtis Nelson and Kieffer Moore settled the derby, as the Bluebirds put in a dominant performance against the Robins. 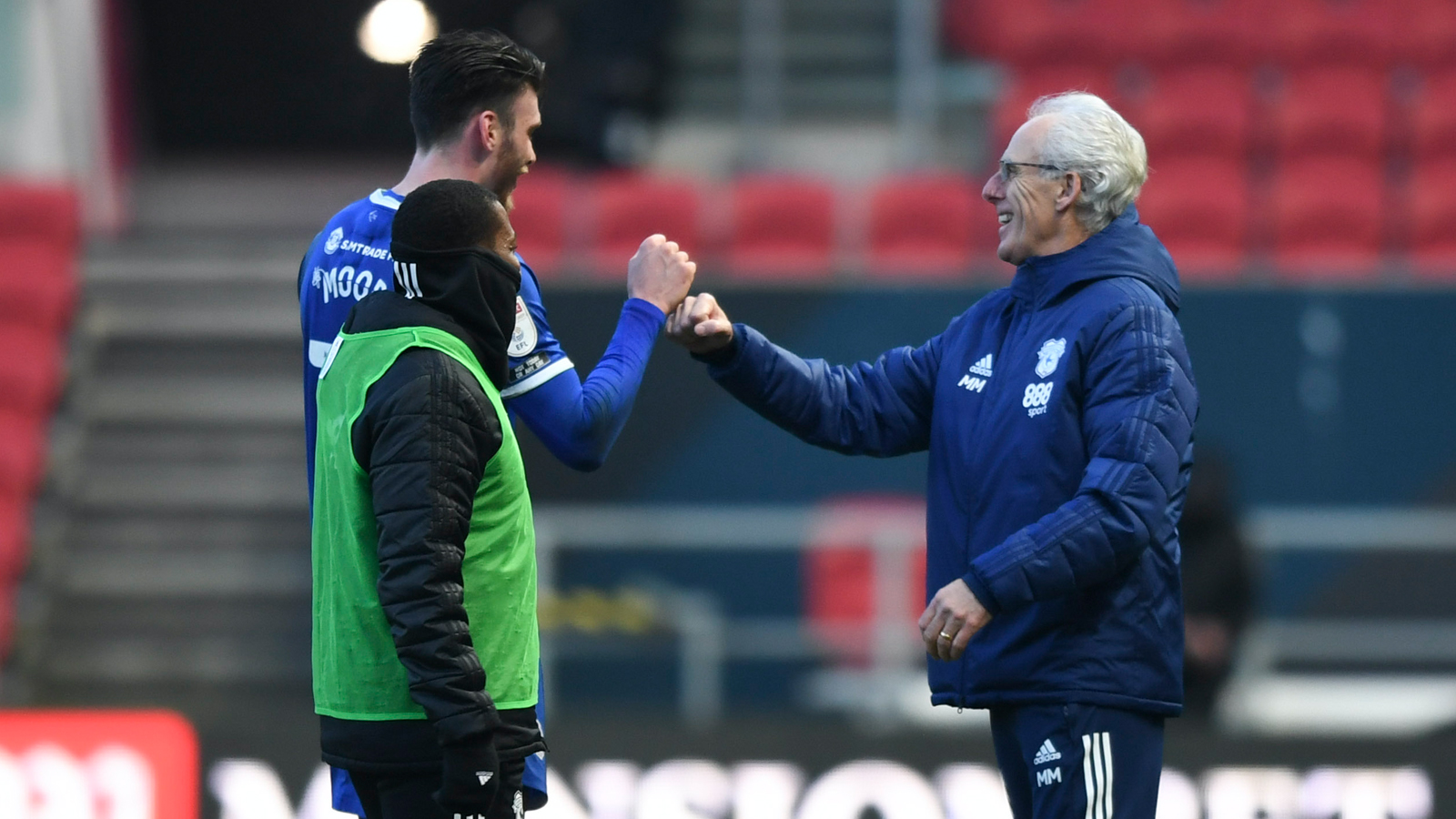 The Bluebirds had a bright start at Ashton Gate, with Aden Flint flicking over from a corner early on against his former side.

But after ten minutes they were forced into a change as Alex Smithies signalled that he was unable to continue and, after receiving treatment, was replaced by Dillon Phillips.

After a lengthy stoppage, City’s pressure on their Severnside rivals continued and was duly rewarded in the 18th minute of the game.

Harry Wilson’s fine free-kick delivery from the right-hand side found the on-rushing Nelson, who placed his header past Daniel Bentley.

Having taken the lead, Mick McCarthy’s men didn’t rest on their laurels and continued to pile on the pressure.

And in the 25th minute, they doubled their advantage as Sheyi Ojo’s perfectly weighted cross was nodded home by Moore, notching his eleventh City goal of the season.

Ahead of half-time, Ojo almost went from provider to scorer as his excellent header was tipped just over.

The Bluebirds were denied a penalty at the beginning of the second half as Aden Flint looked to have been pulled back. However, they were let off on the counter as the Robins broke at pace but lost control of the ball in the City box.

City almost made it three from a counter of their own, but Moore’s squared pass was just ahead of Ojo on the six-yard box.

A second-half substitute for Ojo, Leandro Bacuna was given license to attack and twice went close to rounding off a dominant performance with another goal.

But the full-time whistle signalled a fully-deserved victory for the Bluebirds and ensured they took the Severnside Derby spoils back to South Wales.