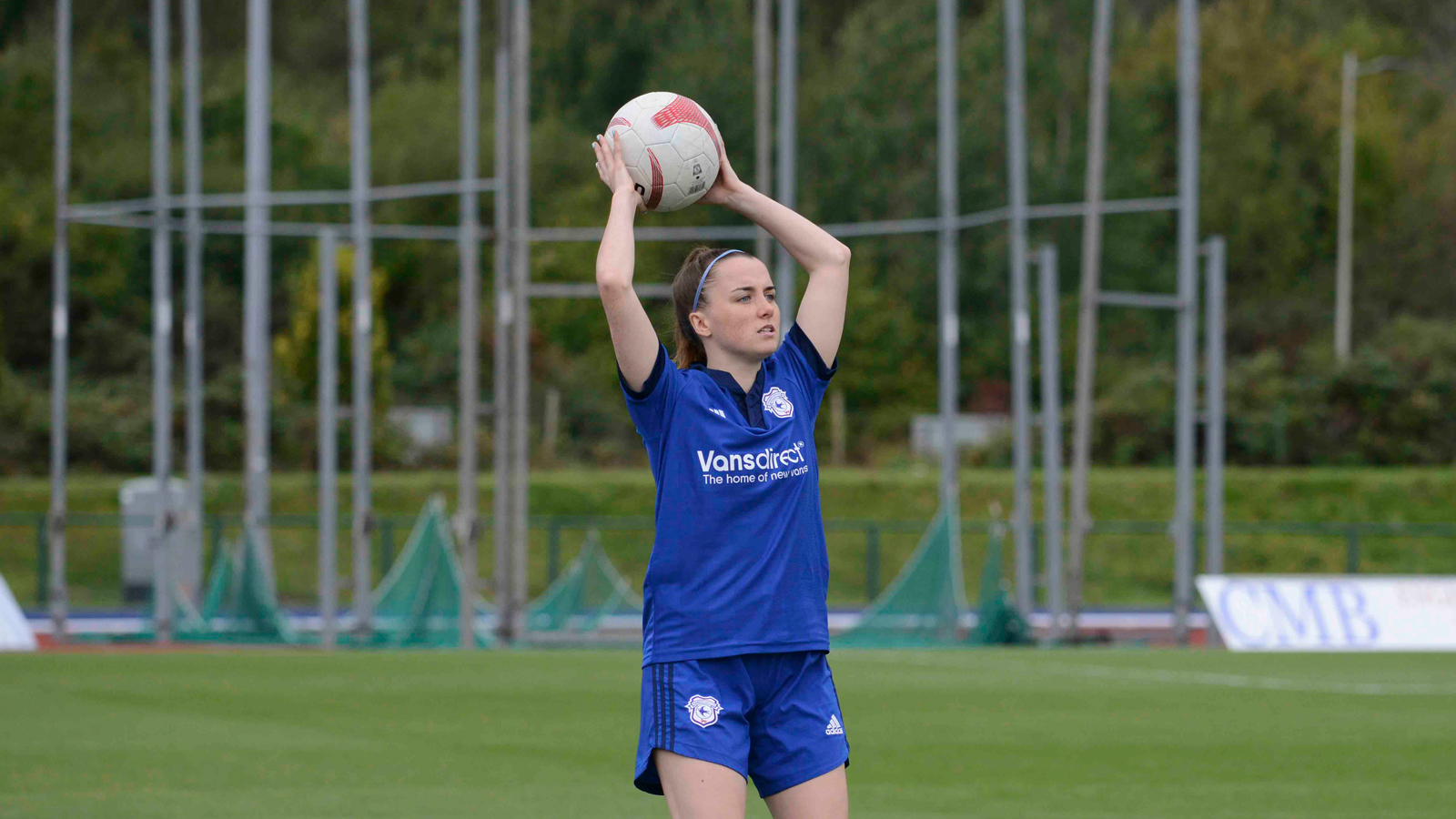 Laura-May Walkley’s first-half brace put the visitors in the ascendancy at the break. City fought back through Pheobie Poole’s clinical penalty, but Sophie Hancocks and Stephanie Turner secured all three points for Met.

Boss Iain Darbyshire made three changes to the side that secured an impressive 4-0 victory at Pontypridd Town last week, with Ceryn Chamberlain, Hannah Daley and Poole coming into the starting XI.

City started well, with the dangerous Poole looking to play on the shoulder of centre-backs Hannah Mills and Turner. The attacker was almost played in by both Seren Watkins and Catherine Walsh in the early stages, but was crowded out as she looked to fire at goal.

Young winger Lily Billingham looked a real threat on the left as she led a counter-attack, but couldn’t quite find a teammate with her low cross into the area. Following a positive spell for the visitors, Met took the lead in the 21st minute, with Walkley cutting inside and curling into the top corner.

The Bluebirds responded well to falling behind, as Poole’s tireless work caused constant problems for the Met defence, but the attacker was just beaten to the ball by Annabel Sweeney. The visitors continued to pose a danger however, going close to doubling their lead through Hancocks, whose close-range effort was inadvertently blocked on the line by teammate Emily Allen.

Met doubled their lead in the 37th minute, as a shortly-taken corner found Walkley, leading to her finding the net at the near post. Darbyshire’s side once again responded positively, with Billingham making a brilliant run and linking up well with Danielle Green in City’s best move of the first-half, yet the visitors went into the break with a 2-0 lead.

The Bluebirds started the second period sharply, with Poole beating the offside trap to have an effort at goal, which was blocked by Turner and deflected into the arms of Sweeney. Met then had a great chance to add a third as Lauren Hutton-Townsend squared to Allen, but her close-range effort struck the crossbar.

City were soon rewarded for their persistence, halving the deficit in the 52nd minute. Poole clinically converted from the penalty spot, following a foul on the attacker as she met Billingham’s dangerous cross. However, as the Bluebirds committed bodies forward to find an equaliser, the visitors found space in-behind and regained their two-goal advantage, as substitute Erin Murray found Hancocks in the area to fire home.

Darbyshire’s side continued to attack with promise, as Green’s deflected cross narrowly evaded the onrushing Danielle Broadhurst. In City’s final chance, a fantastic run from Billingham saw her square the ball to Walsh in the box, whose effort was saved by Sweeney.

Met added a fourth in the dying moments, as Turner tapped home a rebound from close-range in injury time. Despite a spirited performance to try and get back on terms, the Bluebirds fell to a 4-1 defeat.

“I thought we were ok in patches. We didn’t really play our football. There were a lot of individual errors. We’ve played so well in recent weeks, so today’s result is disappointing.

“That being said, we’ve got them again in midweek. We’re going to come out all guns blazing. I expect a reaction from the players. I know they’re going to react. I know we’ll be better.

“It’s a chance for us to bounce back. We know that it’s a massive game for us now; it’s a cup final. We have to play better and we will play better. As a group, we’re hurting at the moment, but we’ve got the perfect chance to bounce back.”