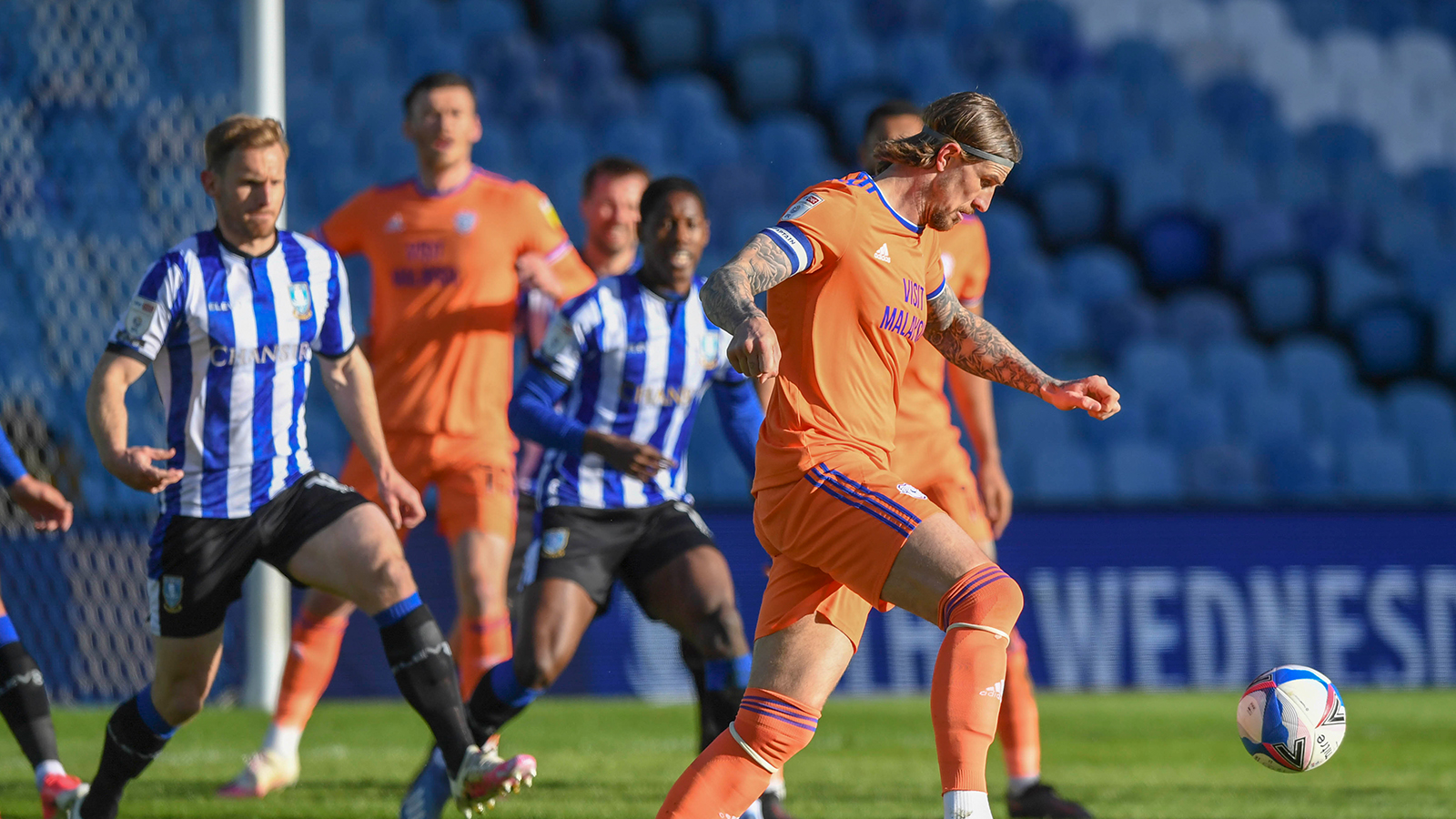 The Bluebirds endured a difficult afternoon against the Owls, falling to an Easter Monday defeat at Hillsborough.

Mick McCarthy made one change to his starting line-up against Wednesday, with Jonny Williams replacing Harry Wilson to make his first start in a City shirt.

The hosts took the lead inside the first five minutes of the match, with centre-back Julian Börner opening the scoring. Barry Bannan delivered an out-swinging corner which was met by the German defender, who headed into the far corner.

Will Vaulks and Aden Flint had chances to level for the Bluebirds, with both seeing shots held by Owls’ goalkeeper Joe Wildsmith. However, Wednesday were able to double their advantage soon afterwards, with Liam Palmer the creator. His cross from right-back was met by Callum Paterson, who fired home a well-taken volley.

Darren Moore’s side added a third before the break, with Adam Reach getting his first goal of the afternoon. The hosts deployed a neat free-kick routine from a dangerous position, which allowed Reach to strike into the top left-hand corner.

At the other end, City saw two penalty appeals waved away in quick succession, with Flint and Williams adjudged not to have been fouled inside the Wednesday penalty area, ensuring that the Owls took a commanding lead into the interval.

The Bluebirds looked brighter in the opening exchanges of the second half and were unfortunate not to get onto the scoresheet as Flint headed wide from a Joe Ralls free-kick. However, the Owls then added a fourth on the counter-attack, with Bannan and Paterson involved before Jordan Rhodes slotted home.

City once again went close soon afterwards, with several players scrambling to prod home from close range, although the ball somehow stayed out of the Wednesday net. Minutes later, Reach netted his second goal of the game, capping off a flowing move with a low finish.

Bluebirds’ boss McCarthy made a triple change soon afterwards, with Max Watters, Sheyi Ojo and Harry Wilson introduced. It was the Welshman who had City's best chance of the second half, striking the woodwork with a curling effort from the edge of the area.

The final whistle brought an end to a disappointing evening for City, who will face Blackburn Rovers in their next Sky Bet Championship fixture on Saturday, April 10th (3pm).