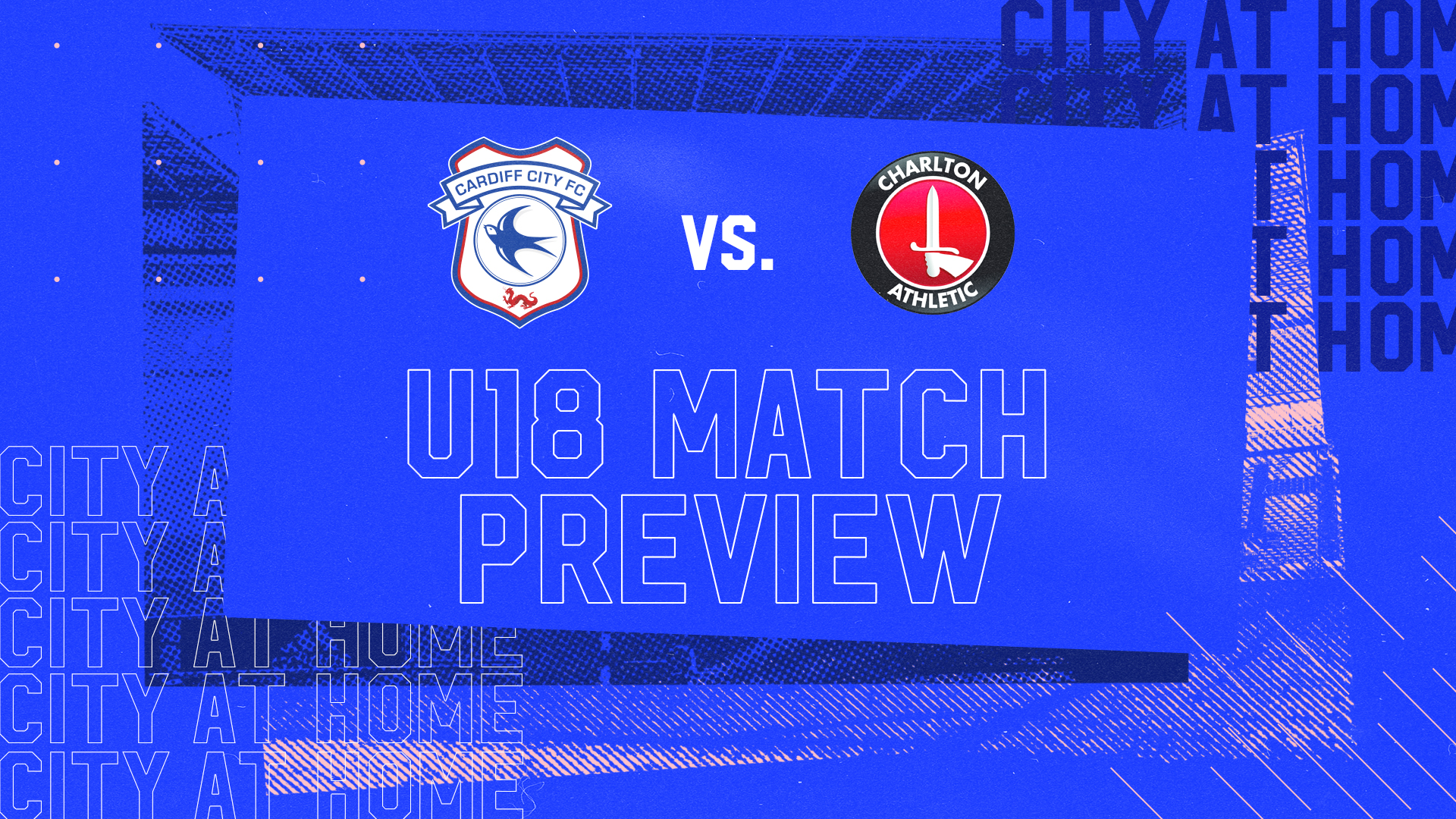 Cardiff City's U18 side return home to host Charlton Athletic on Saturday afternoon, kick-off at 1pm.

Taking place at Cardiff International Sports Stadium, this match will be free to attend for all!

Last time out, the young Bluebirds came back from being two goals down to secure a 3-3 draw with Colchester United in the Professional Development League.

James Crole, Caleb Hughes and Rhys Schwank scored as City earned a point on the road in their first match in two weeks.

Matthew Bloxham made three changes from last time out as Joe Keeping, Lewys Ware and Adam Coomer started. U16 player Dan Barton came off the bench to make his U18 debut.

Charlton will arrive at Leckwith undefeated in four matches, having won all three of their most recent matches. Last week, they defeated Swansea City 3-0 at home, before that winning 5-1 against Hull City.

Speaking ahead of Saturday's fixture, Matthew Bloxham discussed the efforts of the side in recent weeks, as City now eye a return to playing at home.

"Following on from a positive comeback last week where we scored three great goals, the boys have been hard at work. They're looking forward to playing on Saturday.

"Matches against Charlton are always competitive. They've got a great track record of bringing players through, but we've also got to recognise our own talent and apply the right mindset to reach our potential on Saturday.

"We want to make sure that we're always starting games well, as well as finishing strongly. Whatever stage we're at in the game, the players are aware of how best to perform, regardless of whether they're ahead or behind.

"Last week was a great example of that. We were 3-1 down, but our lads didn't give in, and in the end were probably unfortunate not to score the winner."

Keep up to date with the latest from this fixture via the Academy's official Twitter account, @CF11Academy!