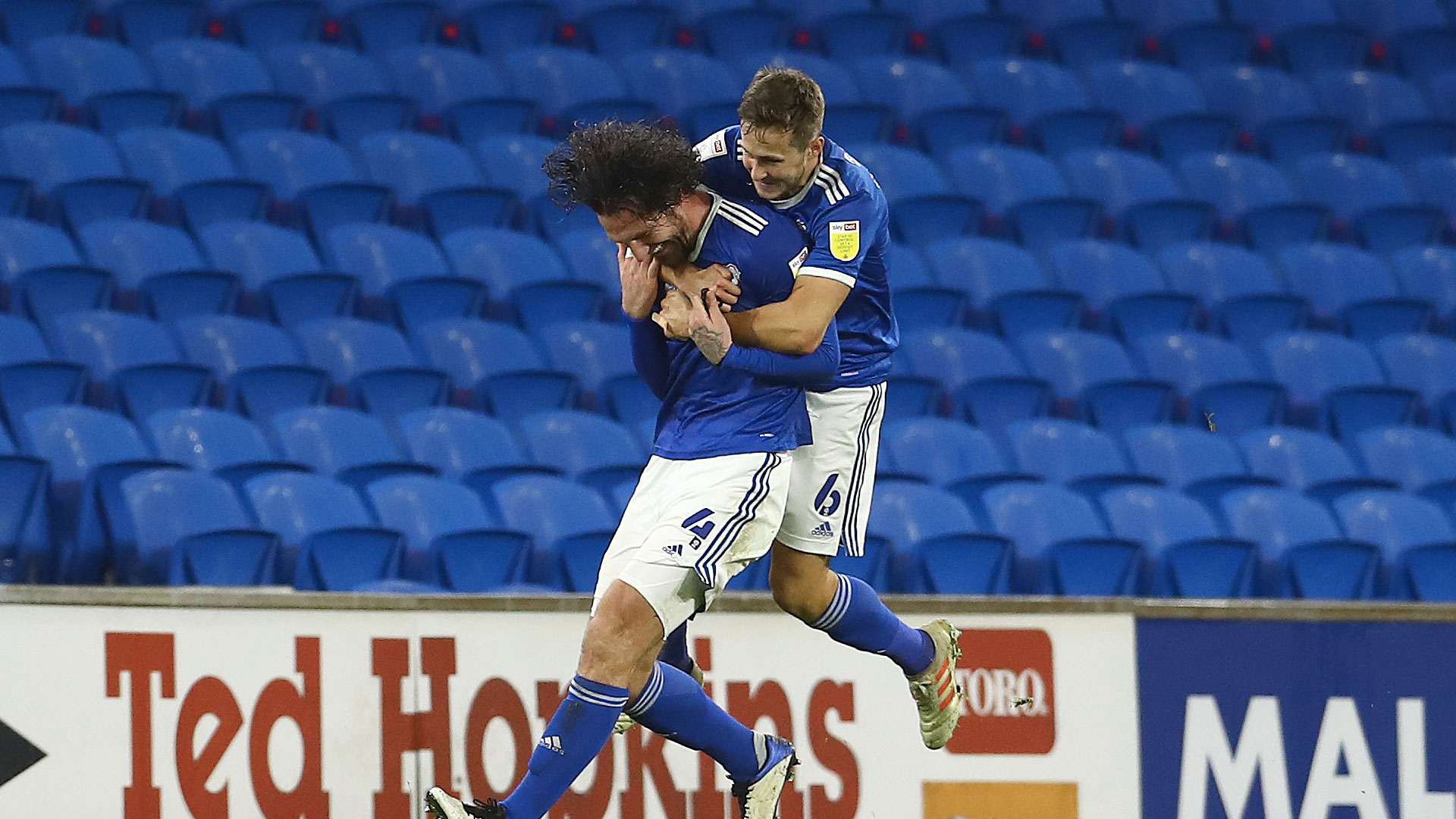 Neil Harris’ men face Wycombe Wanderers in their final match of 2020. The Bluebirds travel to Adams Park on Tuesday evening, kicking off at 7:45pm.

With Jason Perry as Tuesday night's co-commentator, Cardiff City TV's broadcast will include a pre-match show ahead of a multi-camera production, with commentary and replays.

Please note: This match will not be available to watch on Sky Sports red button.

With the final match of 2020 fast approaching, City boss Neil Harris gave his thoughts ahead of the clash.

“In the last few games, we’ve let too many goals in.” Neil began. "We have to respond on against Wycombe on Tuesday, and then again at Rotherham on Saturday.

The second longest-serving manager in the EFL, former Bluebird Gareth Ainsworth became Wycombe boss back in 2012. A midfielder, Ainsworth came through the academy at his boyhood club, Blackburn Rovers, but left Ewood Park at the age of 18. Following a spell with non-league Northwich Victoria, he returned to the Football League with Preston North End, making over 100 appearances at Deepdale between 1991 and 1995. Ainsworth reunited with his former boss John Beck at Lincoln City, before a move to Port Vale in 1997. At Vale Park, he caught the attention of Premier League side Wimbledon, who acquired the midfielder’s services in 1999.

Loan spells at Preston and Walsall followed, before a move to Ninian Park in March 2003. Ainsworth made nine appearances for the Bluebirds during the tail end of the 2002/03 campaign, as City earned promotion to the First Division via the Play-Offs. Ainsworth then joined Queens Park Rangers, helping them to gain promotion in the 2003/04 season. In total, he spent six seasons at Loftus Road, before moving to Wycombe in 2009. He won promotion to League One with the Chairboys in 2010/11, but could not prevent their relegation the following year.

Ainsworth was appointed as caretaker player-manager at Adams Park in September 2012, and became Wycombe’s permanent boss in November of that year. He continued to feature for Wanderers until the end of the 2012/13 campaign, before retiring from playing to focus on his coaching career. After surviving relegation from the Football League on goal difference in 2013/14, Ainsworth’s side remarkably reached the League Two Play-Off Final the following season, narrowly losing to Southend United on penalties. Wycombe gained promotion to League One in 2017/18 by finishing 3rd in the fourth tier, and, after a 17th place finish in their first season, reached the League One Play-Off Final last term. A 2-1 win over Oxford United at Wembley, with the winning goal scored by City Academy graduate, Joe Jacobson, confirming Wycombe’s remarkable rise to the second division, with Ainsworth at the helm for the entire journey.

Few fancied Wycombe to reach the Championship last season, but the Chairboys defied the odds to win the League One Play-Off Final. Unfortunately for Ainsworth’s men, it appears they may need another miracle to retain their second-tier status, as they currently sit at the foot of the table. Wanderers have been in the drop zone since the second weekend of the season, and with two wins and 12 points to their name thus far, are four points away from the safety of 21st position.

After starting the season with seven straight defeats, Wycombe recorded consecutive wins at the start of November, defeating Sheffield Wednesday and Birmingham City to get their first victories of the campaign. However, Ainsworth’s side have been unable replicate that form, and are without a win in their last 11 Championship fixtures. The Chairboys picked up a valuable point against Queens Park Rangers on December 21st with a 1-1 draw, but fell to defeat against Bristol City on Boxing Day, losing 2-1 at Ashton Gate.

Wanderers made several summer signings in their quest to avoid relegation from the Championship at the first attempt. Striker Uche Ikpeazu joined from Hearts, having enjoyed a prolific 2017/18 campaign whilst at Cambridge United. Winger Darryl Horgan also arrived at Adams Park, having previously featured for Preston North End and Hibernian. The Chairboys signed young midfielder Dennis Adeniran on loan from Everton, who has so far made 10 league appearances for the club.

Scott Kashket is Wycombe’s top scorer so far this season, with four goals and one assist to his name. The 24-year-old was picked up by Wanderers in 2016 after leaving Leyton Orient, and has scored 22 goals in his 55 league appearances at Adams Park. Kashket has featured in all 21 of the Chairboys’ league fixtures this term, and his last Championship goal came on December 4th during a 2-2 draw against Preston North End.

Garath McCleary has made an instant impact since arriving at Adams Park as a free agent on November 4th. The former Reading man has made over 300 career appearances at Championship level, and adds vital second-tier experience to the Wycombe squad. A Jamaica international, McClearly has made 11 appearances for the Chairboys, and has scored twice in the last six matches – including last time out against Bristol City.

Joe Jacobson has spent the past six years at Wycombe, having begun his career with Cardiff City. A Cardiff local, the 34-year-old came through the Bluebirds’ Academy and made his first team debut in 2006. Jacobson arrived at Adams Park in 2014, and has become a mainstay in Gareth Ainsworth’s side. The former Wales-U21 captain is a dangerous asset at set-pieces, and scored an astonishing hat-trick against Lincoln City last season which consisted of a free-kick and two direct corners.