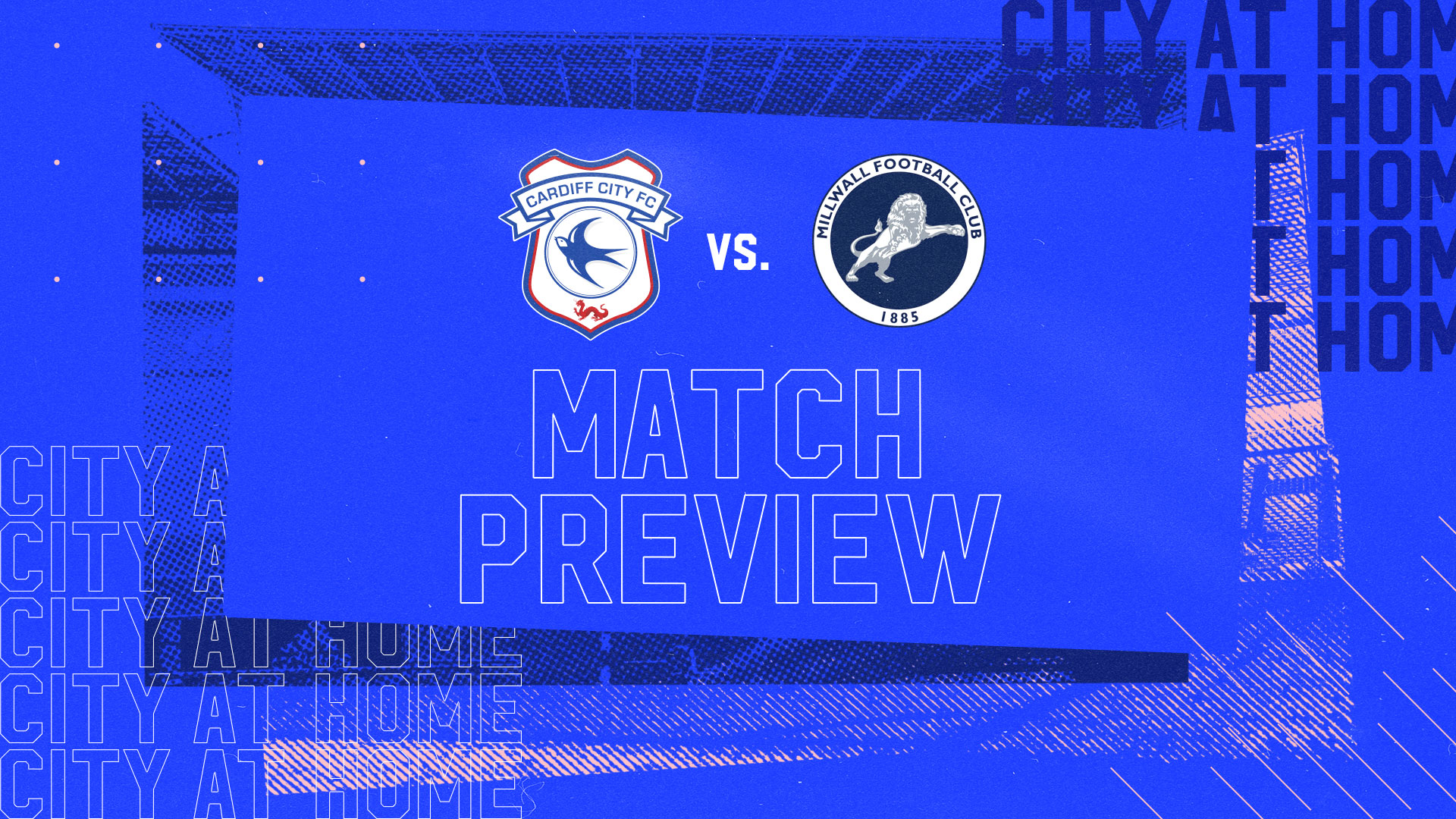 Mick McCarthy’s men are back on home soil this weekend with Millwall the visitors to Cardiff City Stadium. Gary Rowett brings his side to South Wales on Saturday, August 21st, with a 3pm kick-off.

The Bluebird | Cardiff City vs. Millwall

There are two ways to read Saturday’s edition of The Bluebird, which contains an exclusive interview with left-back Joel Bagan.

To pay with cash, please visit the programme booth located between Gates 3 & 4 (Canton Stand). The Ninian Stand retail booth and other programme booths will be cashless.

Alternatively, you can purchase and download a copy to your phone or tablet using the MatchDayInfo App!

The Lions are still searching for their first league victory of the new season, having drawn two and lost one of their opening three games. After a pre-season schedule which saw them take on the likes of Watford, Arsenal and Ipswich Town, Gary Rowett’s men faced Queens Park Rangers at Loftus Road, drawing 1-1 with their London rivals. Three days later, Millwall defeated Portsmouth in the First Round of the Carabao Cup, recording a 2-1 victory at The Den.

Millwall’s first home game of the campaign came against Blackburn Rovers on August 14th, with Rowett’s side picking up a point with another 1-1 draw. Jed Wallace, who also scored against QPR, netted the opener after 64 minutes, before Tony Mowbray’s side levelled twelve minutes later through Chilean international Ben Brereton Diaz.

Last time out, the Lions suffered their first defeat of the campaign in another London derby, with Fulham the visitors to The Den. Aleksandar Mitrović and Ivan Cavaleiro put Marco Silva’s side into a commanding position early on, scoring within the first eight minutes of the match to leave Millwall with a mountain to climb. New recruit Benik Afobe pulled one back three minutes from time, though the Whites were able to hold on to the victory, leaving the Lions in 19th position.

George Saville returned to The Den in July, having spent the past three seasons with Middlesbrough. The 28-year-old initially joined Millwall on a loan deal from Chelsea in 2013, and, after enjoying another loan spell with the club in 2015, made a permanent move to the Lions 2017. Saville shone for Millwall under Neil Harris in the 2018/19 campaign, scoring ten goals as they recorded an 8th place finish in the Championship. Since returning to The Den this summer for a fourth spell at the club, Saville has played in all three league fixtures, and also scored in the Lions’ 2-1 Carabao Cup victory over Portsmouth.

Benik Afobe arrived in South London on a season-long loan deal from Stoke City, once again linking up with former boss Gary Rowett, for whom he played at the Bet365 Stadium in 2018. The forward has also already previously played for Millwall; he made five appearances for the Lions during the 2012/13 campaign. After spending last season on loan in the Turkish Süper Lig with Trabzonspor, Afobe has started all three of Millwall’s Championship fixtures, and netted his first goal for the club during their 2-1 defeat to Fulham on Tuesday evening.

Daniel Ballard is also spending the 2021/22 campaign on loan at The Den, having arrived from Arsenal at the start of July. The central defender, who has been a regular in Arsenal’s Premier League 2 team, spent the 2020/21 season on loan with Blackpool, making 25 appearances for the Tangerines and helping them earn promotion to the Championship. Aged 21, Ballard made his second tier debut against QPR on opening day, and has played the full 90 minutes in all three of Millwall’s league fixtures, slotting into Rowett’s 3-4-3 formation as part of the back three.

Jed Wallace has been Millwall’s main man for a number of seasons, and has started the new campaign in fine fashion. The midfielder, who scored ten league goals in both the 2019/20 and 2020/21 seasons, found the back of the net in both of the Lions’ first two Championship fixtures this term, scoring the opening goal against both Queens Park Rangers and Blackburn Rovers. The 27-year-old is also dangerous from set pieces; he fired a fine free-kick into the City net when Millwall visited CCS back in December 2019.

Scott Malone has played a key role in Gary Rowett’s side over the past twelve months, earning himself a permanent contract at The Den after spending last season on loan at the club. Operating as a left wing-back, Malone scored five goals and provided three assists last term in what was his second spell with Millwall, having previously played for the Lions between 2012 and 2015. Of course, Malone initially left South London for a spell in South Wales, becoming a Bluebird in January 2015 and making 56 appearances under Russell Slade.

George Evans is another player who, like Malone, has followed former Derby County boss Rowett from Pride Park to The Den. The midfielder, who has frequently featured in central defence, impressed for Reading early in his career before moving to Derby, and joined Millwall in February of this year. Since his arrival in SE16, Evans has made 19 Millwall appearances, scoring one goal and providing one assist.